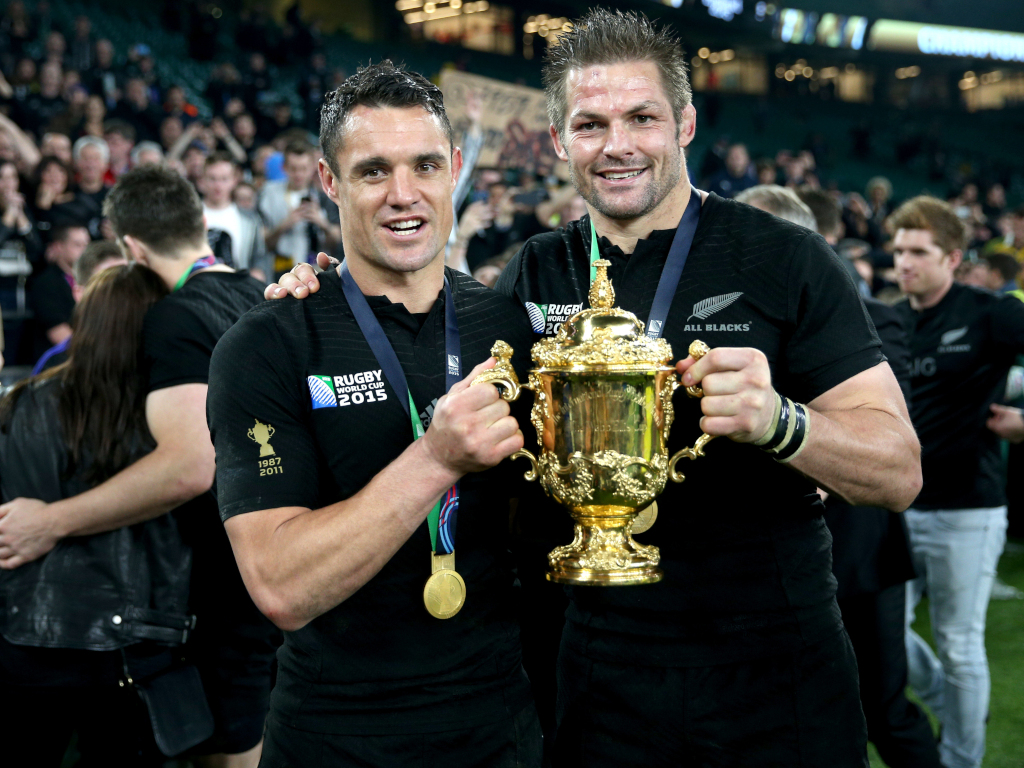 New Zealand legend Richie McCaw believes that former team-mate Dan Carter redefined the role of a fly-half after the great playmaker announced his retirement from playing.

Carter ended his career as the top points-scorer in Test rugby and was also part of two World Cup winning New Zealand sides.

He is widely regarded as one of the greatest players ever and McCaw, who himself is in that conversation after captaining those global successes, hailed the 38-year-old’s talents.

Put everyone at ease

“When I was captain, having (Carter) at number 10, you know, how he controlled the game, ran the game, the way he did it and how he would put everyone at ease and give them what they needed to perform, I guess that’s what I look back on most.”

Both McCaw’s and Carter’s final game for the All Blacks came in the 2015 World Cup showpiece event as they defeated Australia to defend their crown.

Whereas the former retired immediately following the global tournament, the latter continued to play, featuring for Racing 92 in France before finishing his career with Japanese side Kobelco Steelers.

“It’s one of those things which is inevitable at some point, that age comes, in a sport sense, and you can’t play forever. But I think when you hear him announcing that, the big thing you reflect on is the awesome career he has had,” McCaw added.