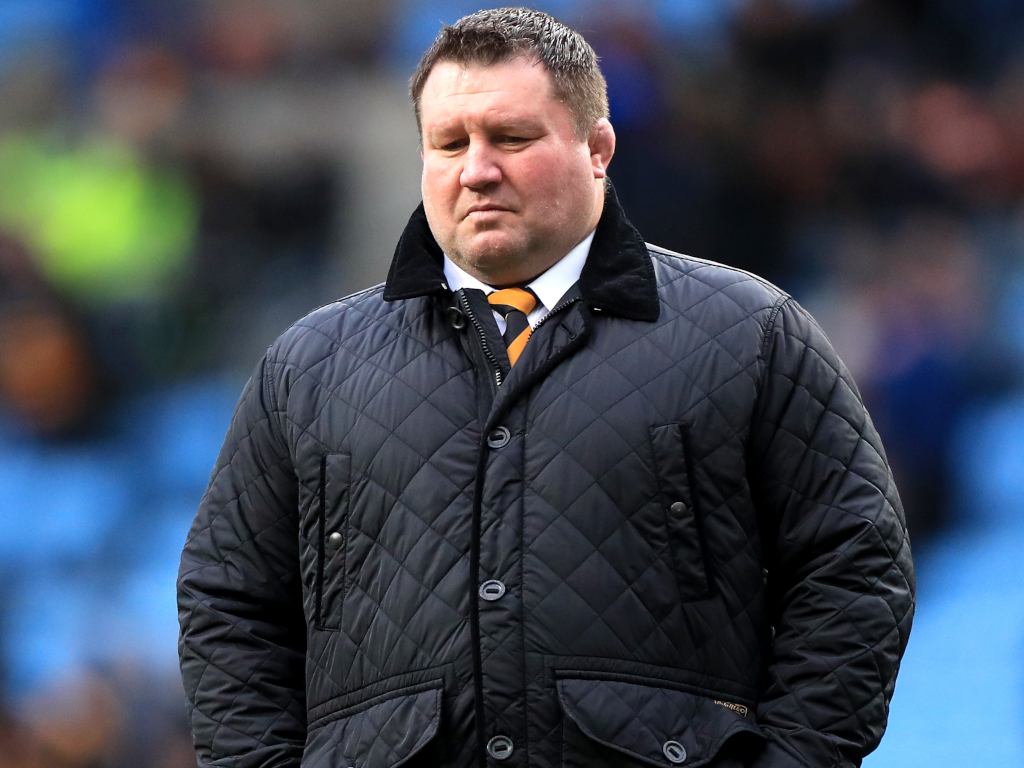 Cardiff Blues have announced the appointment of Dai Young as the club’s interim director of rugby, replacing the outgoing John Mulvihill.

Young returns to the Arms Park a decade after guiding the Blues through its most successful period in the regional era.

The 53-year-old will take on a watching brief ahead of Saturday’s PRO14 derby against the Scarlets before officially starting the role on Monday.

The appointment has been made on an interim basis initially with the view to agree a long-term deal in the weeks ahead.

Chief executive Richard Holland said: “We were acutely aware of the need to bring on board an experienced director of rugby and Dai ticks all the boxes.

“He has an enormous history at the Arms Park, is passionate about the team and has added further vast experience while at Wasps for nine years.

“We are delighted to welcome him back to Cardiff Blues and are excited about the impact he can make within our set-up.

“While this is initially only a short-term deal, I know Dai’s desire is to come to a long-term agreement and he will be part of our process.

“There has already been widespread interest in the position and Nigel Walker will now led a selection panel, which will convene to agree the best outcome for Cardiff Blues.”

Young, who starred for Cardiff, Wales and the British & Irish Lions, previously enjoyed a nine year spell as director of rugby with Cardiff Blues, in which he recorded a win-rate of more than 60 per cent in five seasons.

He won the EDF Energy Cup and Amlin Challenge Cup, and was a penalty shootout away from a Heineken Cup final, before joining Wasps in 2011.

The former dual-code international also spent nine years at the now Coventry-based club and took them from adversity to three consecutive Premiership play-offs, including the 2017 final.

Young left Wasps last year and is now excited to return to his home region.

He said “I am really excited for the opportunity to return to Cardiff Blues. This is a club I obviously know very well and am passionate about. I have a huge affinity with the area and many fond memories at the Arms Park.

“There is already an exciting squad in place, with a lot of young talent coming through and staff that are already well known to me.

“I enjoyed nine great years here previously and return to Wales with a further nine years of experience in a different environment, culture and league structure with Wasps.

“Now is the right time to return to rugby and to do so with my home region is brilliant. I’m looking forward to rolling up my sleeves and getting started and helping to move the Blues forward.”

He replaces Mulvihill, who has left due to personal reasons after almost three years at the Welsh region.

Discussions over a contract extension were taking place but, when the increasingly difficult personal circumstances were raised, both parties agreed to bring the 55-year-old’s tenure to an amicable end.

Holland added: “I would like to thank John for all of his efforts during his time at the club.

“With the unprecedented challenges of a global pandemic, it has become an increasingly difficult time in both professional rugby and John’s personal circumstances. He has not seen three of his daughters for two years now and this has played a significant part in the decision.

“Therefore it makes sense for both parties to move on immediately and we now wish John, Tracey and the girls all the very best for the future.”