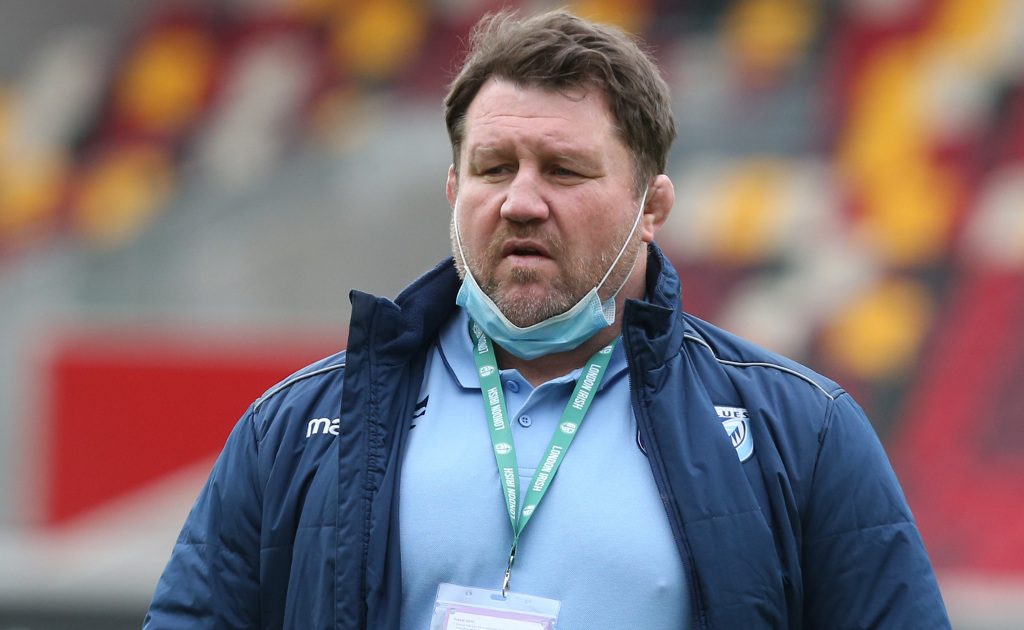 Dai Young was proud of his side’s “brave” performance as Cardiff bounced back to claim a gritty United Rugby Championship victory over the Sharks on Saturday.

After a strong second half outing secured victory for the Bulls against Young’s troops last week, their fellow South African outfit came out with similar intent after the interval this week.

But a resilient defensive display and the reliable boot of Rhys Priestland kept the Blue and Blacks out of reach.

Speaking after the encounter, Young said: “We played some really good stuff in the first half and it was a bit of deja vu from last week.

“But we learnt a lot of lessons and after playing good stuff in the first half we were really brave in the second.

“We struggled to get out of the 22 at times, but everyone could see what it meant to the players to get a victory here.

“Five driving line-outs from five meters out is always going to be difficult to stop against a team of that size.

“So you have to tap the boys on the back there. We had a number of turnovers when we were under pressure.

“We struggled to get out of there but we were brave and showed great attitude to come away with the win.

“It wasn’t perfect by any imagination because we still gave away 10 penalties in the second half.

“But they were due to the pressure we were under rather than silly ones we’ve seen in the past.

“We showed what it meant to us and were focused on our defence. We were coming off the line, matched them for physicality and found a way to win.

“That’s the important thing – we won’t always play the attractive rugby we want to play.

“At some point you have to dig deep and find a way to win, and we did that tonight.”

Cardiff now take a win into next week’s derby clash against Dragons at Arms Park, and while the international contingent for both sides are unavailable, Young expects a typically full-blooded affair in the capital.

The former Wales international added: “It’s a hugely important win. It’s about accumulating points, and we’ve got a few games at home.

“So it’s important to back this up next week against Dragons, and if we can get that win it’s not a bad haul for the first block.

“I enjoyed tonight. I said to the boys well done and they can walk proud after that performance.

“There’s still stuff to work on and do better but we found a way to win, and that’s the important thing.

“It won’t really matter who’s playing next week – when you have the jersey you have to go out and perform.

“Dragons have been excellent this season. If you look at the stats last season, they were the most improved side.

“They’ve carried on with that and have some real big carriers, some who won’t be there next week.

“They have players to come in, as do we, and we don’t expect the quality to drop at all.”