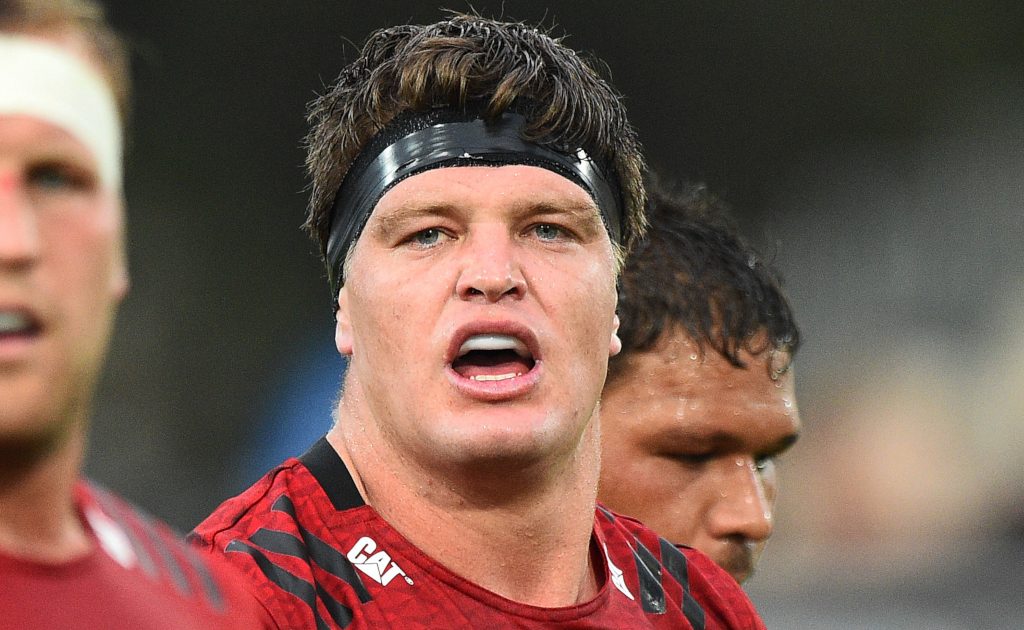 Crusaders and All Blacks forward Scott Barrett is not a fan of the new laws which are currently being trialled in Super Rugby Aotearoa.

Barrett actually benefited from it in Sunday’s game against the Hurricanes when using a ‘captain’s challenge’ to refer an incident which had been missed by the referee.

As a result, Ngani Laumape was sin-binned at the end of the first half, but Barrett had concerns with how long it took for TMO Glenn Newman to find the footage.

“I just sort of cleaned out the ruck or tried to counter ruck, sort of spun out the back of it, and he’s taken it personally,” he told Stuff.

“I personally don’t like the rule, but the rule is there. Like the cleanout with Jordie (Barrett) and Dave (Havili), they referred that. It’s sort of marginal. When they challenge something like that, I’m not going to not challenge something that is off the ball and potentially foul.

“It just slows up play. There’s TMOs for a reason, the game is already becoming stop-start enough. The refs, as well as the assistants, they’ve got good eyes for the game. You don’t want the game slowing down and the refs second guessing their own decisions. That’s my personal take on it.”

Barrett’s thoughts were echoed by Blues coach Tom Coventry, who thinks the game has been made “harder” to referee.

“I’m not convinced they’ve been good for our game. When the referral or review was introduced into cricket they were good. It’s a closed skill. Cricket is very easy to analyse. Rugby is a game of imperfection in my mind, there is just too much going on,” Coventry said.