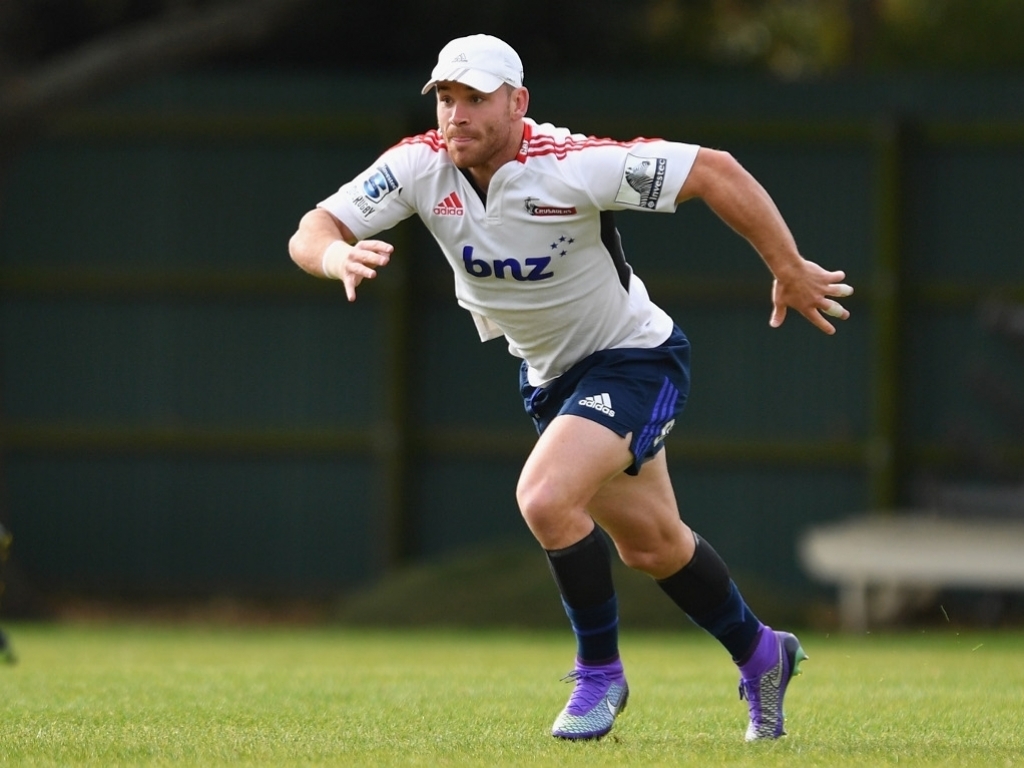 Talented midfielder Ryan Crotty has recommitted to the All Blacks, Crusaders and Canterbury Rugby for another year.

The good news comes as he prepares to return from injury for the Crusaders in this week’s Super Rugby quarter-final.

Crotty said he considered his options, but was enjoying his rugby here too much at the moment to be able to contemplate heading overseas.

“I like to take things one year at a time and when I thought about where I could picture myself in 2018, I just didn’t feel like my time here in New Zealand was up yet,” he said.

“I still get a thrill each time I pull on the black or red and black jerseys and I feel really motivated to perform for those teams.  I genuinely think I have my best rugby in me yet and I want to play that rugby for the teams I have grown up supporting and who I feel so honoured to play for now.”

Crotty was first selected for the Canterbury provincial side in 2008 and then the Crusaders the following year, scoring his first Super Rugby try early in his debut match.

He was selected for the Junior All Blacks in 2009, and then in 2013 Crotty was called into the All Blacks squad as injury cover and played his first Test off the bench against the Wallabies in Sydney. Later that year, in the final game of the international season, Crotty scored the matchwinning try for the All Blacks against Ireland.

In 2014, Crotty was named vice-captain of the Crusaders and ended up captaining a number of games while Kieran Read was out with injury. He had a very impressive season, earning him his first start for the All Blacks.  He has since become a regular member of the national squad and has earned 27 Test caps.

All Blacks head coach Steve Hansen said: "We are delighted that 'Crotts' has re-signed with New Zealand Rugby. He’s an incredibly valuable member of the All Blacks, is a smart footballer and provides us with a cool, calm, collected presence in the midfield."

Crusaders head coach Scott Robertson said it would be fantastic to have Crotty’s leadership in the team for at least another season.

“Crotts is one of our Super Rugby centurions and an important member of our leadership group," he commented.

"He is an utter professional in the way he prepares and performs, and is a superb role model for other players. Although he has been representing Canterbury and the Crusaders for nearly a decade, he is in his prime right now, so we look forward to making the most of our time with him for the remainder of this season and in 2018."