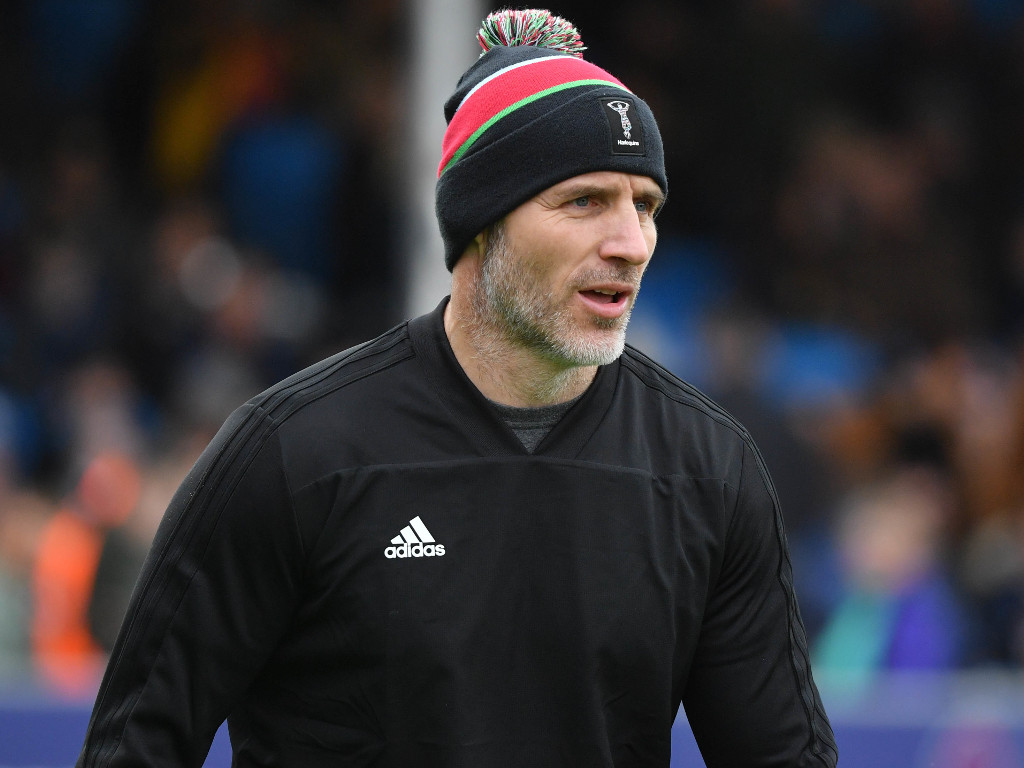 Six weeks later than intended, the 12 clubs in England’s top-flight will be delighted to finally get back onto the field, with fans equally excited.

To say Harlequins continue to flatter to deceive is somewhat accurate. Lying mid-table with 28 points from 13 games, they concluded the five-game post lockdown period with wins against Exeter Chiefs and Saracens, but in-between those, contrived to lose at home to London Irish and on the road at Bath and Bristol. This underlines a belief that whilst the rugby they play has enough firepower to beat anyone, their defensive frailties persist.

When Marcus Smith and Danny Care fire, they’re a compelling force of intuitive and pacy rugby, but should their pack not provide the quick ball for their attacking halfbacks to flourish, they perhaps lack the grunt up front to dog out the big games, which seems strange given the seasoned international forwards they have at their disposal.

Head of rugby Paul Gustard, a passionate and innovative coach, has worked hard to introduce a challenging but somewhat left-field culture which is sometimes reflected on the field of play. More hard-nosed consistency is required from the SW London club but, on their day, they’re capable of beating the very best around; it just needs to happen rather more often than it currently does.

The big news for Quins fans is that Stoop favourite, England’s Marchant, returns from his ‘learning’ period in Super Rugby with the Blues, where the young centre received many plaudits for his running lines, pace and rugby intellect. There’s no doubt that Marchant and both England and Quins will benefit hugely from his experiences down under and it’s certain he’ll feature heavily for both club and country.

Fellow Saffers Esterhuizen and Green add pace and experience to the backline, with the former in particular a giant of a centre standing near 6’5” and weighing 18 stones.

An astonishing 19 players departed the Stoop during lockdown, including the Quins and England stalwart Sinckler. Whichever way you cut it, you don’t replace a player of that quality and legacy overnight. Robshaw will also depart following the conclusion of the 2019/20 season and that will see a huge chunk of experience, commitment, consistency and workrate leave with him.

Lambert’s 16 years at the club will be celebrated by many; an unsung hero of rugby and the chairman of the the Rugby Players’ Association, he’s been a model pro and a massive contributor to the good times at Quins.

However, the most frustrating loss will be that of flying wing Ibitoye, a player that can change the course of a game in the blink of an eye, and a man nurtured into international contention by Gustard and his backroom staff. With England wing stocks packed, the Bromley-born flyer has gone to seek new experiences in France and his match-winning pace will be sorely missed by Quins.

Harlequins confirm that Gabriel Ibitoye has left the club for Agen in France with immediate effect.

The Premiership will be poorer without him and his incredible footwork.pic.twitter.com/7A7OWnZ6NP

Five games on the road include tough ties away to Gloucester and Sarries, but Paul Gustard will be targeting a minimum of two wins from three slightly easier trips to Leicester, Worcester and London Irish. Wasps, Saints, Sale and Bath will visit the intimidating Stoop and if all goes according to plan, Quins could see themselves move clear of the mid-table compression zone to challenge for European and play-off honours.

A lot has been written about Marchant’s sojourn to the Blues. His three tries in six Super Rugby games showed just how skilled his running lines are and how deep his rugby IQ goes; in addition, he was credited with two try assists during those games and he returns a sharper, wiser and better player for his trip.

With perennial favourite Robshaw going to be moving on, flanker James Chisholm, a gritty and combative forward, blessed with plenty of pace, looks heir apparent to the blindside shirt. An unsung hero for Quins in the latter part of 2019, his abrasive style and lineout presence may yet attract the eye of Eddie Jones.

In simple terms, Harlequins need to get tougher, play more consistent rugby and use the incredible riches they have in the back-row and at half-back. Above all, they need to shed their perceived image of the champagne Charlies of the Premiership, focusing on result and substance over flair and promise. There’s no doubt they have the talent, the resource and the ability; they just need to convert that potential into winning rugby.