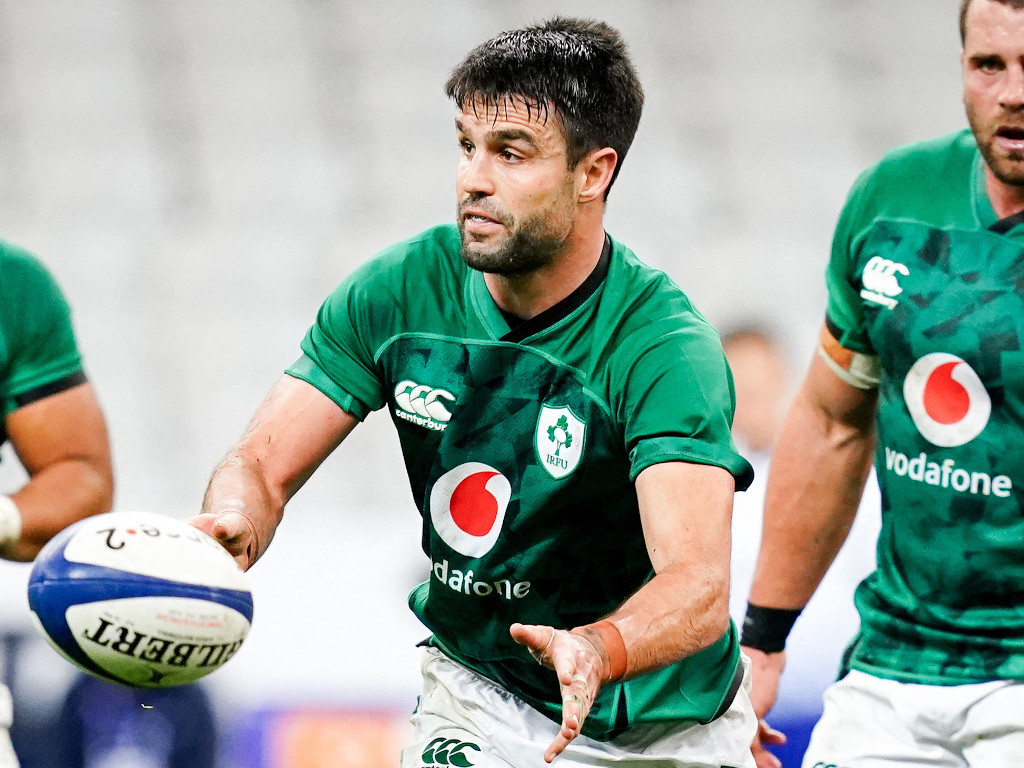 Conor Murray says Ireland’s players are desperate for another crack at toppling England after leaving Twickenham with “huge belief”.

Andy Farrell’s outclassed visitors never looked like preventing a fourth successive defeat to their rivals and must wait until the final round of the 2021 Six Nations in March for an opportunity to halt that run.

Came off the bench

Scrum-half Murray, who came off the bench to be part of an improved second-half showing, is encouraged by the positive mood within Ireland’s camp and optimistic for the future.

“If we had taken one or two of our opportunities then the game is up in the air as to who gets the win,” said the 31-year-old.

“In terms of that alone, there’s belief, and in terms of the general feeling leaving Twickenham this time – having given away a couple of easy scores, if you will – then there’s huge belief (of beating England next time).

“And that’s without going into the feeling in the squad.

“There’s an unbelievable atmosphere in terms of growth and mindset and things like that, and the excitement of youth and experience.

“I think lads in the dressing room will be dying to get another chance at this England team.

“They’re a really good side and there’s a lot of respect there but I think we’ll be really eager to play them again.”

🗣️ "It was just a collection of errors, really. It’s so important at this level to be accurate. It’s definitely one big learning that we’ll take." #AutumnNationsCup

He replaced his New Zealand-born team-mate with half an hour to play on Saturday and helped Ireland post more points and greater possession than their hosts in the second half.

Despite being comfortably beaten overall, the Munster man felt Ireland gave a better account of themselves than on their previous two fruitless trips to London.

“In general, maybe they didn’t have to work as hard for their scores as we did for our opportunities,” he said.

“But watching on in the first half and then coming on, we felt a lot better than we have been at Twickenham before.

“There have been times before – let’s just say the last two times we’ve come here – and we’ve known what’s going to come our way in terms of line speed, in terms of the volume of their players and things like that, and their kicking game.

“I thought we dealt with it a lot better and I think we just boxed a little bit more clever.”