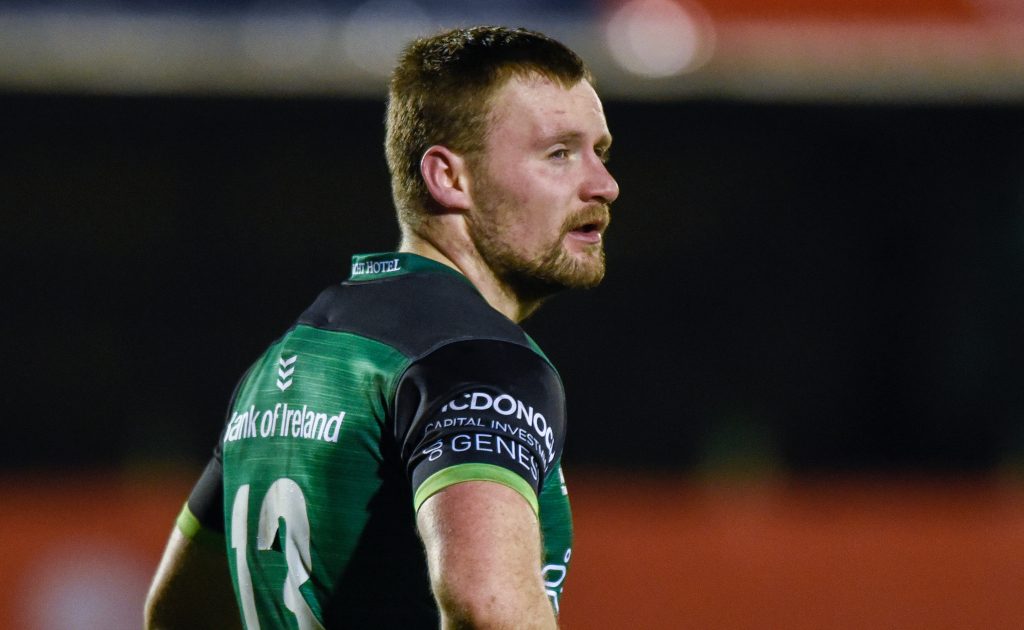 Exeter Chiefs have announced the signing of Sean O’Brien from Connacht, the centre joining the Premiership side ahead of the 2021/22 season.

The highly-rated back arrived in the city earlier this week and is already settling into life with the reigning English champions.

The 23-year-old’s signing comes hot on the heels of Kiwi prop Josh Iosefa-Scott also joining the Chiefs ahead of next season – and both will use the remainder of this season to get up-to-speed and acquainted with their new team-mates.

“It’s a great new challenge for me,” said O’Brien, who has spent the past three years with the PRO14 side. “I’ve had a great spell there, but now is the time for me to go and test myself in the Premiership.

“Exeter are a club who have been winning trophies, they play a great brand of rugby and the culture here looks great, who wouldn’t want to join them?”

Already O’Brien is settling in to his new surroundings and says the chance to get valuable input into the workings of the club ahead of pre-season will be invaluable to him.

“It’s good to get to know the place, the people, the calls, that way I can hit the ground running in pre-season,” added O’Brien, who has played for Ireland at U18s and U20s level. “Coming over here is obviously going to be a different challenge, the league looks a lot more physical and faster, plus there are more international players playing each week, but I’m looking forward to it.”

O’Brien also cites the impact new team-mate Ian Whitten has had in the growth of the Chiefs since he moved to Sandy Park in 2012.

“He’s a legend over in these parts,” he said. “He took a chance coming over here and Exeter took a chance on him, but he’s been part of this side for a long time and won trophies with the club. Hopefully, I can do the same.”

One man delighted to see the arrival of O’Brien is Chiefs’ director of rugby Rob Baxter, who is relishing working with the player.

“Obviously, we are always on the look out for talented, young players and recruitment is an ongoing process. Looking at our squad going forward – and the positions where you could potentially need cover – you could see potential around that midfield area for us to get a bit light.

“That said, I think Sean is one of those players who can push for a place straight away. We’ve seen quite a lot of him when he broke into the Connacht first team and he looks to me – when I code out the games – a player who has a lot of the characteristics that we look for in our players.

“He’s a very good defender, deceptively quick, strong on the ball and when you break his game down, it’s actually very pleasing. He’s also in that right age range, early 20s, so he is one of those recruitment positions that kind of work all ways round for us.

“The last guy we brought from Ireland similarly was Ian Whitten and you look at how good he has been for us, the amount of games he’s played, and what an important figure he has been at the club, so there were a lot of reasons we went for a guy like Sean. He ticks a lot of boxes and I’m just really glad we can get him here early, bedded in, and starting that process of becoming an Exeter Chief.”