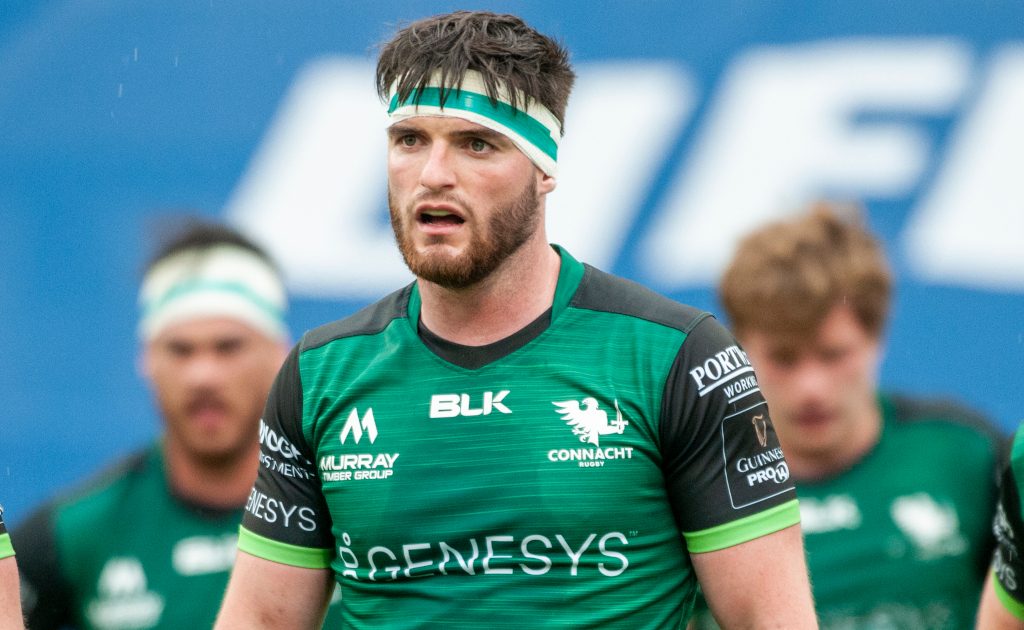 Australian flyer Mack Hansen scored a superb try as Connacht eased past the Bulls in a 34-7 bonus-point victory at the Sportsground on Friday.

Lizo Gqoboka’s second-minute try was cancelled out by a well-taken Tiernan O’Halloran crossing. Jack Carty converted and added a penalty to make it 10-7 at the break.

Further tries from Tom Daly and Hansen saw Andy Friend’s team settle the issue and centre duo Tom Farrell and Daly crossed in the final minutes to make it a resounding victory.

Still reeling from last week’s deflating defeat to Leinster, the Bulls made a flying start in Galway.

Connacht hit back in the 15th minute, a well-driven maul splintering the defence before slick hands in midfield put full-back O’Halloran over and Carty levelled with the conversion.

Both teams left chances behind them, the hosts narrowly missing out when John Porch’s score was ruled out following a TMO review for a forward pass by Daly.

Arno Botha was guilty of going off his feet just as the Bulls were poised to score in the 28th minute. In the end, a Carty penalty managed to split the sides.

Early in the second half, Daly finished powerfully past Ruan Combrinck after Connacht had worn down the visitors’ defence, Carty’s conversion making it a 10-point lead.

Then it was Hansen’s turn to gobble up a Bulls kick and break free from 60 metres out. He cut in from the left, beating the cover to draw the biggest cheer of the night on his home debut.

The try stood – a potential block was ruled out – but Carty, who had a fine game in attack and defence, hit the post with the conversion.

It was a frustrating night for Bulls captain Marcell Coetzee and his team-mates, who struggled with their discipline at times.

As the rain came down, Carty released Farrell for a free-flowing fourth try before Daly bludgeoned his way over right at the death.

Scarlets picked up their first win of the United Rugby Championship campaign after they won 36-13 with a bonus-point against the Lions in Llanelli.

A brace of tries from Tom Rogers, along with a try each from Rob Evans and Steff Evans was enough to get Dwayne Peel’s side over the line. Sam Costelow also contributed 16 points with the boot.

Ruben Schoeman scored the Lions’ only try with Jordan Hendrikse kicking eight points. The Scarlets started strongly and after a short period of pressure on the Lions try line loosehead prop Evans powered over from short range, with Costelow converting.

Hendrikse put the Lions on the scoreboard with a monster penalty from 50 metres out. The Scarlets hit back with their second try in the 19th minute. After a few shunts with their driving lineout, the ball was put through the hands, with some neat handling from Williams, Costelow, Steff Evans and Johnny McNicholl putting Rogers over at the far right-hand corner.

Costelow improved their lead with a tremendous touchline conversion. But the Scarlets scrum was under pressure which allowed Hendrikse to pull three points back for the Lions. Costelow hit another penalty from 35 metres out meaning the Scarlets led 20-6 at the interval.

The visitors applied a lot of pressure on the Scarlets with a driving lineout which looked to be creeping over the line, but the hosts held firm.

But the Lions continued to lay siege to the Welsh side’s try-line with the west Walians struggling to contain their powerful carriers, and at last Schoeman touched down from short range, with Hendrikse adding the extras to make it a one score game again.

Costelow immediately pushed the Scarlets further ahead with a penalty from 45 metres out. The Scarlets burst into life with another tremendous break from Rogers slicing the Lions open, with his offload sending Dan Blacker racing towards the line.

But the scrum-half was tackled close to the line before a high shot from Sibahle Maxwane stopped him in his tracks. Maxwane was punished with a yellow card which allowed Costelow to kick another three points.

The hosts had wrestled back the momentum and made the most of their numerical advantage with a try from inside their own 22. Scott Williams burst clear before offloading to Ioan Nicholas who sent Jonathan Davies powering forward. Davies drew in Ew Viljoen to put Rogers over for his second try.

And the Scarlets claimed the bonus-point try at the death as deceptive wing Evans sliced through the Lions defence to score a try from 50 metres out.