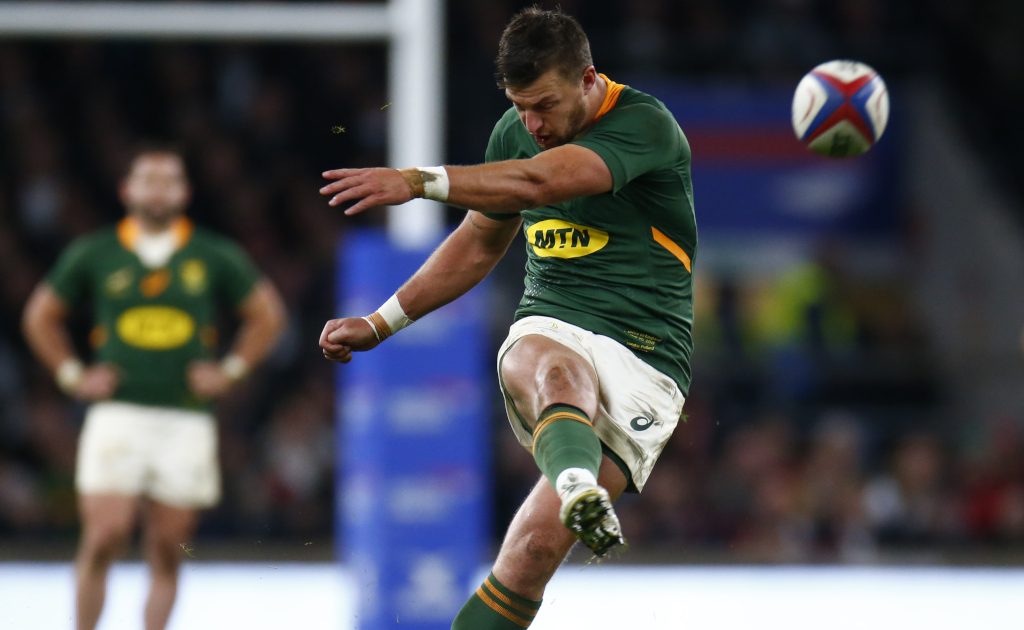 Leicester Tigers have announced the signing of World Cup-winning fly-half Handré Pollard ahead of the 2022/23 season.

The South Africa international will make the move to Leicester from French club Montpellier.

The 27-year-old has been capped on 60 occasions by the Springboks since making his Test debut against Scotland in 2014 while still a member of the South Africa U20s squad.

An accomplished goal-kicker, he has registered more than 600 points for the Springboks at an average of more than 10 points per Test.

He represented the Barbarians in 2018 and recently shared in South Africa’s series win over the British & Irish Lions.

Speaking about the addition of Pollard to the Leicester Tigers squad for next season, head coach Steve Borthwick said: “Handré is a world-class fly-half who brings with him a wealth of experience from Super Rugby, Top 14 and international rugby.

“He is a World Cup winner who has been highly sought-after from clubs all over the globe. But, most pleasingly, he sees Leicester Tigers as the club for him.

“What has impressed me most in our dealings with him has been his desire to be a part of what we are building at this club but also his desire to develop, learn and grow as a player and person.

“This is a very exciting signing for the club and one I hope Leicester Tigers fans are excited about.”

“The club is going brilliantly at the moment and I know there is an expectation to continue that, to keep getting better because getting to the top is hard but staying there is even harder.

“There are bigger deals on the table, but I’ve made this decision to work with Steve [Borthwick] and to be a part of an unreal, great club at Leicester Tigers which has such a great history.”

The Springboks fly-half also spoke of his excitement ahead of playing at Mattioli Woods Welford Road.

“I don’t know the whole history of Leicester Tigers, but this is a club that is so well renowned worldwide,” he said.

“Everybody I have spoken to about playing there, for Tigers or an away team, say it’s the one stadium that is on another level.”