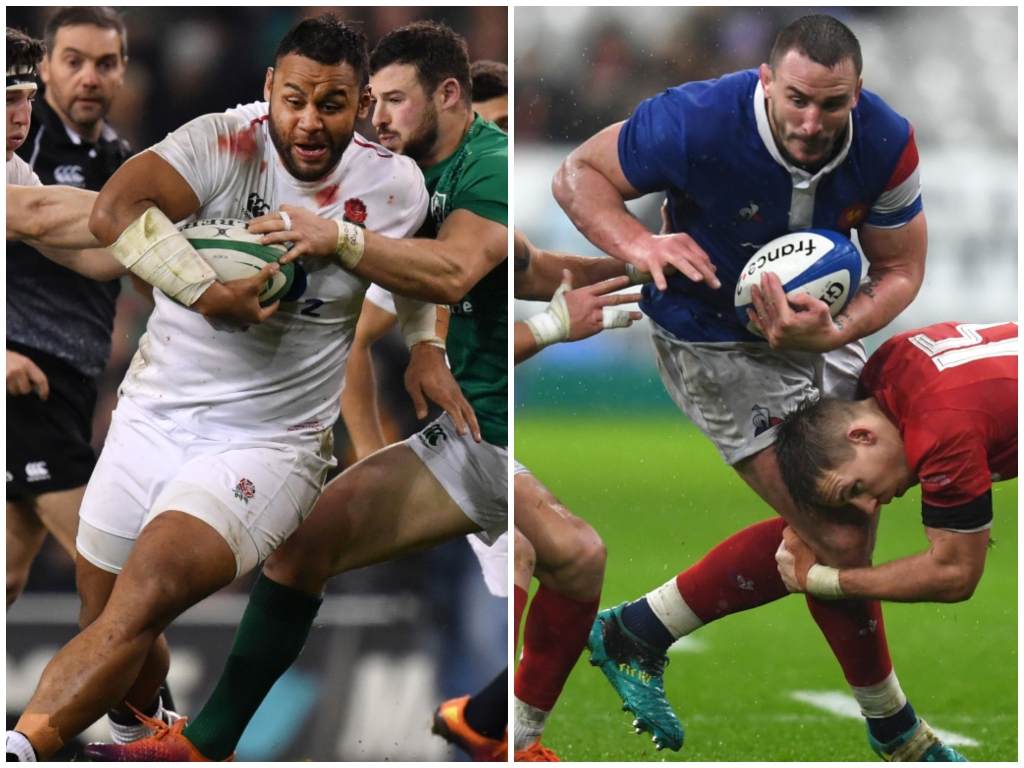 Following their impressive Six Nations victory over Ireland, England will look to build on that performance when they face France at Twickenham on Sunday.

All of a sudden, after most – including Planet Rugby – wrote them off before the encounter in Dublin, they now have a realistic chance of a Grand Slam.

The next two fixtures will likely determine that outcome, however, with them facing Les Bleus, before they go head-to-head against Wales in what will be a crucial game for the outcome of the championship.

Ultimately, it is difficult to see Jacques Brunel’s men causing too many problems for the hosts this weekend, having lost their opening match following an abject second half display, but France are never easy opponents for the English.

They have rarely been separated by more than 10 points over the past few meetings, during a time when French rugby has generally struggled in comparison to the Red Rose, who have been among the best in Europe since 2011.

Even in the opening match of the 2017 competition, when Eddie Jones’ side had come off the back of a fine 2016, the visitors proved to be particularly obstinate and almost snatched a surprise win.

That warning will no doubt be heeded by Jones’ charges, although they will also be aware that France are potentially in a worse position than two years ago.

Confidence has dissipated after an incredible implosion which saw them cede a 16-0 advantage to Wales. They somehow succumbed 24-19 after gifting two tries to the away side, leaving the team and supporters despondent going into Sunday’s contest.

Injuries have also caused problems, with Wesley Fofana and Maxime Medard among the casualties, but there were always going to changes anyway.

Mathieu Bastareaud has come in to counter the threat of Manu Tuilagi while Felix Lambey replaces the South African-born Paul Willemse at lock, but it is in the back three where the most interesting selection occurs.

Brunel only named one wing in the initial squad but he – Toulouse’s Yoann Huget – has been moved to full-back, with usual centres Gael Fickou and Damian Penaud completing the trio.

All are fine players in their own right and Penaud has featured on the wing plenty of times for Clermont Auvergne this season, but the Twickenham outfit will look to exploit their potential naivety. The Red Rose’s kicking game, as well as the chase, was exceptional against Ireland and Ben Youngs and Owen Farrell will look to imitate that display this weekend.

All in all, England have a nice balance to the backline. There is a mixture of power, with Tuilagi providing the bulk of it, and also dexterity in the shape of Farrell, Henry Slade and Elliot Daly.

The form of Slade at international level and Daly’s recent performances for Wasps were a concern going into the competition, but they excelled against the Emerald Isle and will once again thrive should the pack garner front foot ball.

After their opening encounter, they should have few problems in that area. The breakdown has generally been a concern for the Red Rose when coming up against the French – similar to when they face Ireland in many ways – but that was rectified last Saturday and will be no issue providing the hosts play with the same intensity and physicality.

If England do then it will be a long 80 minutes for the visitors, but it is unlikely that Jones’ men will replicate such a complete display.

For England: Having not started a Six Nations match since 2013, Chris Ashton will no doubt relish the opportunity against France. It is a slight surprise that the Sale Sharks wing has been given a place in the XV, given the impressive work Jack Nowell got through last weekend, but Ashton offers experience of French rugby and also a superb kick-chase game. The 31-year-old excelled for Toulon in 2017/18 and will look to put pressure on the opposition back three who, to an extent, are all out of position. Yoann Huget rarely features at full-back for club side Toulouse, while Gael Fickou and Damian Penaud prefer to play centre, although the latter has predominantly been on the wing for Clermont Auvergne this season.

For France: With Uini Atonio’s knee issue adding to their lengthy injury list at prop, youngster and former U20 star Demba Bamba gets an opportunity to start. Bamba is a real talent and was outstanding at age-grade level but he doesn’t currently feature in the Top 14. The tighthead is on loan to Pro D2 outfit Brive and seemed to find the step up rather too large against Wales. That experience will have done him some good, however, as they attempt to stop a marauding England pack on Sunday. There is always pressure on the cornerstone of the scrum but the 20-year-old has extra responsibility on his shoulders heading into the encounter at Twickenham.

Head-to-head: You can’t really look past the battle at number eight. Louis Picamoles may not be the player he once was but the Frenchman will have a crucial role to play on Sunday if they are to get close to the hosts. Picamoles performed well against Wales but the back-row will need to step up again versus England and Billy Vunipola. Despite having his recent career hampered by a series of injuries, the Saracens man performed well against Ireland and will look to improve on that display this weekend. He is slowly getting back to his best and his mere presence significantly aids the Red Rose.

Prediction: Despite the issues in French rugby over the past few years, the Red Rose have rarely blown Les Bleus away but they should still secure a relatively comfortable victory, if you want to listen to our rugby betting tips. England by 12.