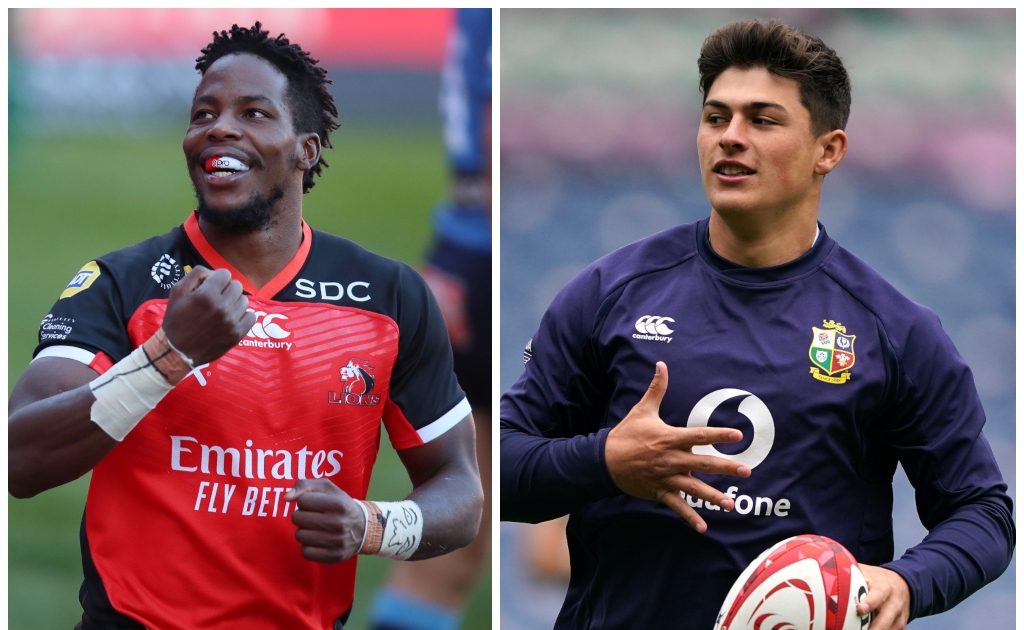 The British and Irish Lions play their first game on the South Africa tour, taking on their namesakes, the Sigma Lions, in Johannesburg on Saturday.

Following their useful opening encounter against Japan at Murrayfield, where they blew away the cobwebs and emerged with a handy 28-10 triumph, they will face the first of the South African franchises.

Once the standard-bearers in the country as they qualified for three successive Super Rugby finals in 2016, 2017 and 2018, their squad has since been decimated.

They have drifted to the bottom of the pile and are the weakest out of the main four. They finished last in the recent Rainbow Cup with just one win – albeit that came against the divisional winners the Bulls – and will ultimately struggle to compete on Saturday.

It may not be a repeat of the 74-10 thrashing they suffered in 2009 but the tourists should still rack up the points, even if it is once again a completely new team.

From the side that defeated the Brave Blossoms, only Josh Adams retains his place in the starting line-up, with Warren Gatland looking to give every player a chance ahead of the Test series.

Although the individuals are different, the formula follows a similar pattern to the side selected last week. Behind the scrum, you have the all-round skill set of Adams combined with the exciting Louis Rees-Zammit, while up front Gatland continues with the hybrid back five forward.

Following Tadhg Beirne at Murrayfield, Courtney Lawes gets his chance at blindside and will look to do a similar job; shoring up the set-piece and roaming around in the loose.

In fact, the only real difference in the XV comes in the playmaking axis as Owen Farrell starts at centre alongside Finn Russell. Their New Zealand head coach opted for a powerhouse duo of Bundee Aki and Robbie Henshaw against Japan, but they have gone for a little more subtlety in Johannesburg.

It could well be instructive ahead of the Test series against the Springboks as they look for alternative ways to combat the hosts’ power.

Is it better to go like for like or will the dual playmaker option be the most effective option, particularly when they have athletic number eights who could do damage in the wider channels?

The performance on Saturday will no doubt go some way to answering that question.

It was the start of one of the great partnerships in British and Irish Lions history as Jamie Roberts and Brian O’Driscoll combined in a dominant 74-10 triumph in Johannesburg. Interestingly, 13 of the 15 that began the match also started in the first Test, with Roberts and O’Driscoll setting them on their way in the opening 10 minutes. The Welsh centre touched down twice while Ugo Monye and Tom Croft also scored in the first half as the tourists opened up a 39-10 buffer at the break. The pain continued for the hosts in the second period with Tommy Bowe (twice), Monye, James Hook and Stephen Ferris completing the rout.

British and Irish Lions head coach Warren Gatland believes that the squad have stepped it up during the week following their victory over Japan.

“It’s good to have arrived in Johannesburg and get the tour under way,” Gatland said. “We had a pleasing win last week up in Edinburgh, but there’s still plenty we need to get right on Saturday.

“I’ve been encouraged by the way the boys have trained this week. I feel it’s gone up a level from where we were in Jersey and we’re starting to see a better understanding of some of our tactics.

“There’s some new player combinations for us to have a look at this Saturday – which is good information for us as the Test series approaches.

“My congratulations to all those playing their first game as a Lion, and also to Hoggy too – who I am sure will lead the side by example.”

Sigma Lions coach Ivan van Rooyen believes that the spine of his team will be crucial if they are to cause an upset on Saturday.

“It is a big occasion, but we also have to ensure the players don’t become so star-struck that they can’t play,” Van Rooyen said.

“We also see it as an opportunity to show them what South African rugby is all about.

“We are not fortunate that we are blessed with a host of Springboks. The tempo of the game will be high and it will be physical.

Dan Biggar, who was favourite for the fly-half berth anyway, laid down a significant marker with an impressive performance against Japan, increasing the pressure on Finn Russell. There are no doubts that the Scottish star has more strings to his bow from an attacking perspective and would easily take the spot if it was based on that alone. The question for Russell, however, always centres around his control, particularly when under duress.

Those were partially answered in the Six Nations as he guided the Scots to impressive away victories over England and France and Warren Gatland will look for the same this weekend. Should he do that then Louis Rees-Zammit will enjoy his first Lions appearance. The wing has been in stunning form since breaking through the Gloucester ranks in late 2019 and starred as Wales claimed the Six Nations title. There is plenty of competition in the back three and Gatland may well trust the skills of Josh Adams, Liam Williams and Anthony Watson slightly more at the moment, but he has that something special to force his way into the Test squad.

Rees-Zammit has taken everything in his stride so far in his young career, including being very solid defensively, but he could well get tested by Rabz Maxwane. The wing has enjoyed a fine season for the Lions, despite the Johannesburg outfit’s struggles, and his pace and balance, given the right ball, will test the tourists.

The onus on producing the right attacking formula for his side will fall on talented U20 fly-half Jordan Hendrikse, who has a good all-round skill set. The youngster is an excellent kicker, both off the tee and out of hand, while his temperament has impressed. Hendrikse’s composure duly enables him to make the right decisions with ball in hand and pick out his runners.

A big inside centre is traditional in South Africa, which leaves the Lions in a bit of a dilemma. Do they go like for like or should they field an extra playmaker and look to attack the Springboks that way? This clash will give them a few of those answers as Owen Farrell faces off against the imposing Burger Odendaal. The former Bulls centre is not in the quality of Damian de Allende but he is a big unit that will test the tourists’ 10-12 channel defensively.

Many have criticised Farrell’s tackling technique but he will give it all physically. If he can hold his own, both structurally and in one-on-one situations, then his work with ball in hand will provide the British and Irish Lions with an extra dimension. It appears as though Gatland’s men want to test the Springboks in the wider channels and Farrell can help unleash their talented runners.