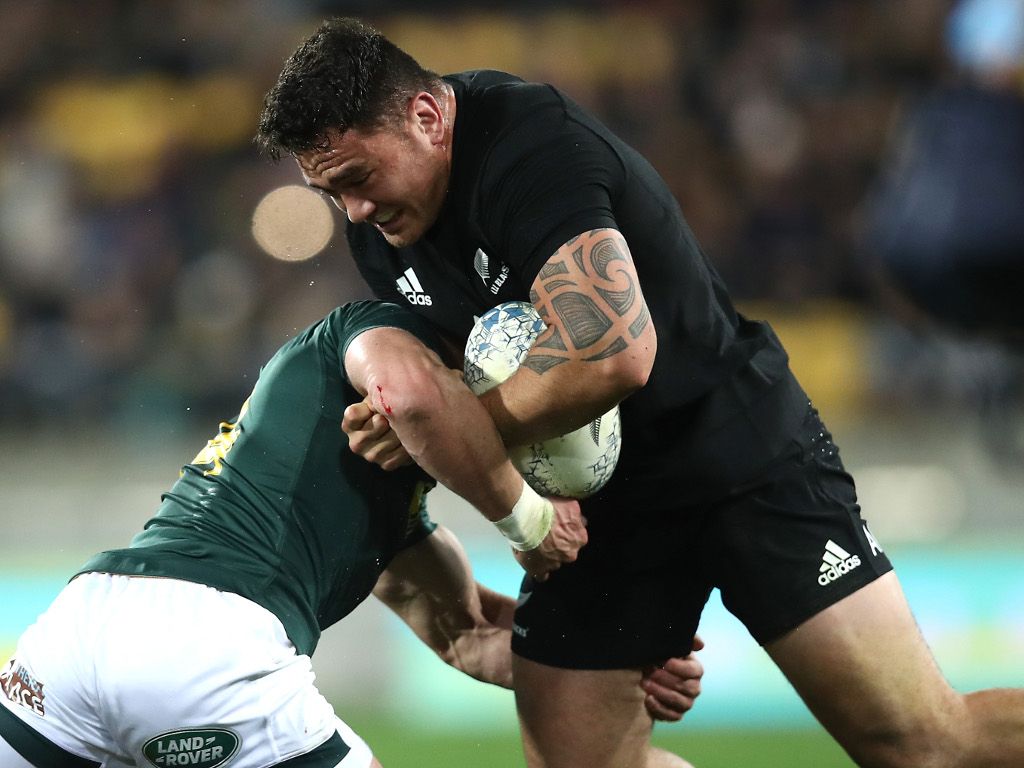 New Zealand hooker Codie Taylor knows they will face a confident South Africa side when they collide in the Rugby Championship on Saturday.

The Springboks are on a two-game winning run after beating both the All Blacks and Wallabies in recent weeks, which has sealed second spot.

And Taylor is expecting to clash with a Bok line-up full of expectation in what is anything but a dead rubber at Loftus Versfeld in Pretoria.

“The loss for us in Wellington was a difficult one to take but they deserved that win at the end of the day, they played really well. And they did it again last week against Australia. I’d say they’d be pretty confident to be at home this week,” he told the All Blacks website.

Taylor’s personal battle with Springbok hooker Malcolm Marx will most definitely be a clash to watch, but he’s not focusing too much on it.

“He is probably one of the key players in their forward pack who can build a lot of momentum for them. He is one of their strengths. He is great over the ball and he’s a threat with the ball in hand, while the way [Siya] Kolisi is playing, he’s really leading that forward pack around the field. I think he’s a huge confidence booster for them when he’s playing well,” he said.

“Knowing you are going up against a great player has its own motivations I suppose but I don’t try to get caught up in that too much.”

Meanwhile, centre Ryan Crotty came out swinging for his Crusaders and All Black team-mate over Marx ahead of the Rugby Championship match.

“He’s a very intelligent hooker and I’d take him over Marx any day of the week,” he said.