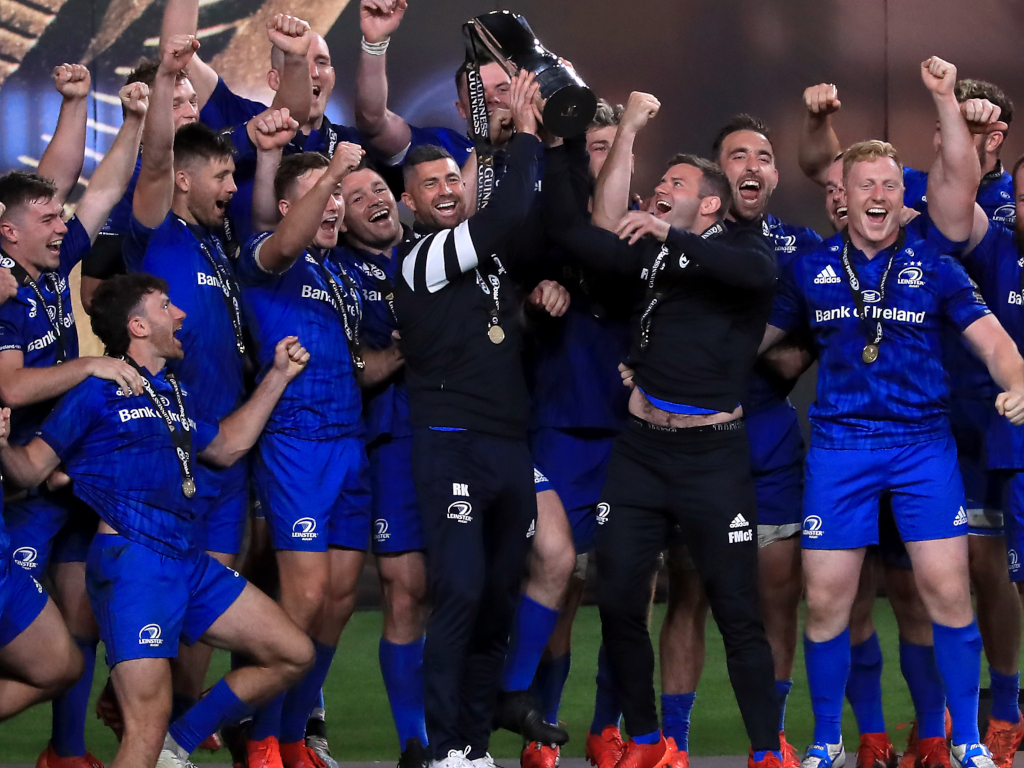 Leinster retained their PRO14 title and completed the perfect league season following an impressive 27-5 triumph over Ulster in the final at the Aviva Stadium on Saturday.

The Dubliners have won every game in 2019/20 and were simply too strong for their fellow Irish province in the showpiece event. They scored three tries via James Lowe, Robbie Henshaw and Caelan Doris, while fly-half Ross Byrne kicked 10 points.

Henshaw’s 45th-minute intercept try and a closing score from Doris were the highlights as Leinster claimed their fifth PRO14 title in eight years, taking their overall record haul to seven league crowns.

With a crunch Heineken Champions Cup quarter-final against Saracens just a week away, captain Jonathan Sexton was benched up to the hour mark as Byrne kicked Leinster into a 10-5 half-time lead following tries from James Hume and Lowe.

Former All Black Alby Mathewson was to the fore of Ulster’s determined challenge but Leo Cullen’s men duly completed an unbeaten PRO14 season and extended their winning streak to 25 matches ahead of the visit of Sarries – the last team to defeat them 16 months ago.

Buoyed by their late heroics in Edinburgh, Ulster enjoyed a dream start to their first final appearance since 2013.

Alan O’Connor’s pull-back pass released Hume from 40 metres out and the young centre got away from Ronan Kelleher and Lowe to brilliantly score near the left corner.

Billy Burns was unable to convert the third-minute opener and Leinster built patiently for a response, which they found nine minutes later.

Jamison Gibson-Park’s cut-out pass put Lowe over out wide, the conversion neatly supplied by Byrne for a 7-5 lead.

Ulster should have made more of a Mathewson-inspired break midway through the first half, with skipper Iain Henderson showing his appetite for ball-in-hand on his return from hip surgery.

A close-range Byrne penalty doubled Leinster’s advantage in the 26th minute, as Doris, man-of-the-match Josh van der Flier and Andrew Porter made a series of important interventions at the breakdown.

Unbeatable. Undefeated. Unreal.@leinsterrugby lift the trophy for the 7️⃣th time 🏆

Who’s been the most instrumental player in helping them get their hands on it this season?#GuinnessPRO14 #LEIvULS pic.twitter.com/5wnXaaHh5n

However, a misfiring lineout and some sloppy penalties caused concern for the 2018 and 2019 champions.

Ulster had a lot of front foot ball approaching the interval and were made to regret turning down a couple of penalties.

Leinster began the second half with a booming Byrne penalty and the killer blow arrived just moments later.

Henshaw gobbled up a Burns pass just inside the Ulster half and stayed clear of the chasing Michael Lowry to go in under the posts.

With Byrne’s conversion making it 20-5, it was a long way back for the Ulstermen, who travel to Toulouse next week in Europe’s quarter-finals.

Lowe was bubbling with attacking intent, but Ulster scrambled well to haul down both Jordan Larmour and Leinster’s captain Garry Ringrose.

Ulster were struggling to gain meaningful metres as Leinster’s swarming defence made sure Jacob Stockdale and Marcell Coetzee were kept quiet.

The clinching try arrived nine minutes from time when flanker Doris drove past two former Leinster players Jordi Murphy and Ian Madigan, and under the posts, with Sexton converting.