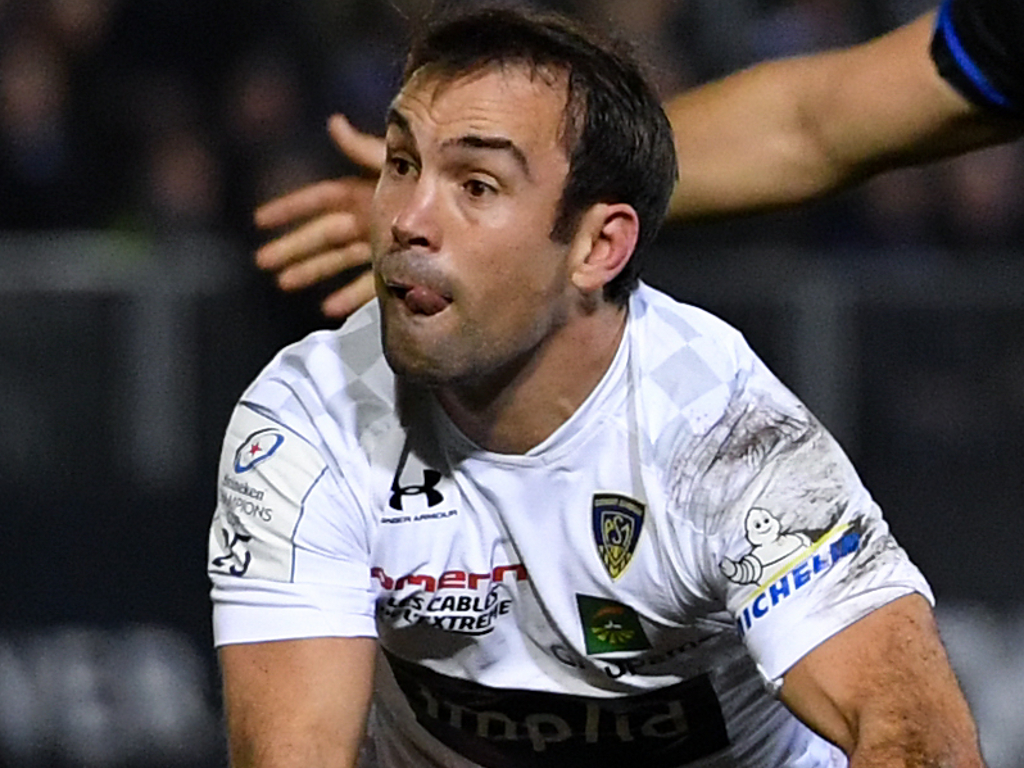 Clermont Auvergne moved to the top of Pool 3 in the Champions Cup courtesy of a 29-13 victory against Ulster at the Stade Marcel Michelin on Saturday.

Ulster, who drop to second spot, host Bath next weekend where a win would see Dan McFarland’s side join Clermont in the last eight.

Tries from Alivereti Raka, George Moala and 19 points from the boots of Morgan Parra, Greig Laidlaw and Camille Lopez was enough to secure victory form the French side. John Cooney scored all Ulster’s point with a try, conversion and a penalty.

Ulster made a strong start when powerful inside centre Stuart McCloskey burst through the Clermont defence before offloading to Jacob Stockdale who raced up to the 22. The visitors went through the phases but had to settle for three points from Cooney’s boot.

Clermont responded well with a well-taken drop goal from Lopez. But Ulster had arrived with real intent and a lovely pop pass from Sean Reidy sent tighthead prop Marty Moore clear. Moore offloaded the ball to Cooney who slipped past two defenders for the opening try, which he converted.

Clermont scrum-half Parra was then sent to the sin-bin for blatantly infringing at the breakdown with Ulster inches from the opposition try line.

The 14 men of Clermont almost scored a sensational try with a searing break from Raka sending Damian Penaud racing down the touchline. The France wing offloaded to Moala who appeared to be clear but was thwarted by Robert Baloucoune.

The hosts managed to cut Ulster’s lead to a mere point with two penalties from Parra to reduce the deficit to trail 10-9.

One of the favourites to reach the #HeinekenChampionsCup final now? 👀 pic.twitter.com/KYQ7ZuM7Zj

Clermont began to flex their muscle in the early stages of the second half with their scrum winning field position.

The pressure helped them take the lead for the first time in the contest when former All Blacks centre Moala charged into Ulster’s 22 to put his side on the front foot. The ball was recycled with Raka stretching to touch down in left corner, with Parra converting from the touchline.

Ulster managed to regain possession and went about building pressure in Clermont’s half with a series of driving line-outs. This allowed Cooney to narrow Clermont’s lead to two points with another successful penalty but it was cancelled out by Parra’s boot soon after.

Clermont’s scrum possessed the upper-hand and after shoving Ulster backwards, Scotland international Laidlaw pushed the hosts out to an eight-point lead.

The French side put the result beyond doubt when Moala smashed his way through the Ulster defence to run in from 35 metres out. Laidlaw improved Clermont’s lead from the touchline and there was to be no way back for the Northern Irish outfit.

Despite playing 75+ mins with 14 men, @Saracens dig in and get the win away from home ⚫️🔴

In the day’s other early game, Saracens provisionally moved into second position in Pool 4 when they notched a hard-fought 22-15 win over Ospreys at the Liberty Stadium.

Sarries had to play most of the match with 14 men after loosehead prop Rhys Carre was red carded after five minutes for a dangerous tackle on Ospreys full-back Dan Evans. Despite that setback, the champions retained their composure to secure the result although the Welsh region eventually outscored them by two tries to one.

Alex Lewington crossed the whitewash for Saracens and Manu Vunipola finished with a 17-point haul after succeeding with five penalties and a conversion. For Ospreys, Evans led the way with a brace of tries and Luke Price added a penalty and a conversion.