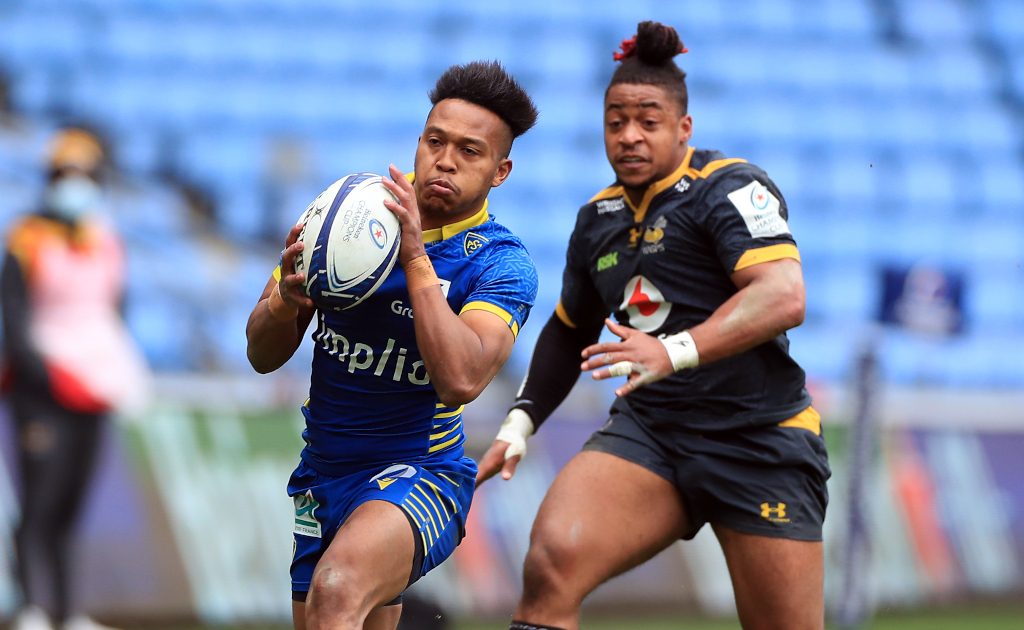 A late converted try from Kotaro Matsushima helped Clermont to a dramatic 27-25 victory over Wasps in the Champions Cup round-of-16 match on Saturday.

Up until that crushing moment for Wasps, it had been the Paolo Odogwu show.

He delivered an emphatic reminder of his ability to watching England boss Eddie Jones, scoring a try after just five minutes and narrowly missing out on a second one just before half-time.

On his first start since January 8 after being selected for England’s Six Nations squad, but not playing a minute of the campaign, Odogwu was outstanding.

Wasps were so close to marching on, but they ultimately suffered just a second European Cup home defeat against French opposition since 2001.

Wasps showed three changes from the side beaten by Sale Sharks last weekend, with Odogwu returning, Umaga making his European Cup debut and James Gaskell lining up at blindside flanker.

The visitors, bidding for their 11th European Cup quarter-final appearance, were rocked by a superb Wasps start as Odogwu pounced.

Centre Michael Le Bourgeois broke through Clermont’s defence and delivered a scoring pass to Odogwu, who crossed unopposed between the posts, and Umaga converted.

And Wasps should have extended their lead just four minutes later following mesmeric work by full-back Matteo Minozzi, who surged clear, kicked over Clermont defenders, gathered a kind bounce and looked certain to score, but he spilled the ball under pressure from Matsushima as he attempted to touch it down.

It was a huge let-off for Clermont, and they responded by punishing Wasps when Penaud launched a brilliant counter-attack from inside his own half, and Bezy finished off a sweeping move, with replacement Nanai-Williams converting.

Clermont then went ahead after centre George Moala beat two defenders, and Ravai showed an impressive turn of speed to score despite Odogwu’s best defensive efforts.

Lopez, back in the action after Nanai-Williams briefly replaced him, converted and Wasps trailed 14-7 after a fast and furious opening quarter.

There was no let-up in the skill level as Wasps drew level with another superbly-worked score.

Umaga’s conversion levelled things up, and then he kicked two penalties in quick succession, giving Wasps a deserved half-time lead after Odogwu went agonisingly close to a second try, but his foot was inches into touch.

Clermont dominated early stages of the second period, cajoled by substitute and former France scrum-half Morgan Parra, and a Lopez penalty made it 20-17.

But back came Wasps, with Harris crashing over for a 55th-minute try following sustained forward pressure, before Clermont centre George Moala saw a try ruled out after Matsushima’s forward pass during build-up play.

Another Lopez penalty cut the deficit to five points, yet Wasps remained masters of their own destiny entering the final 10 minutes, but Zach Kibirige’s yellow card in the dying seconds saw them hanging on before Matsushima and Lopez broke their hearts.