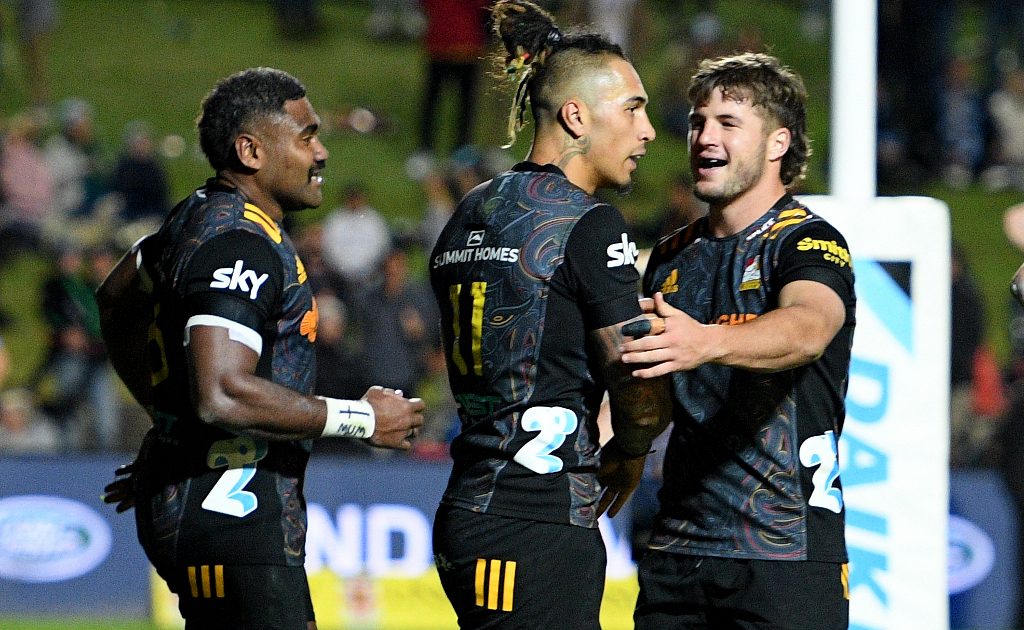 McMillan stepped into an interim head coach role for the Chiefs in 2021 with regular coach Gatland on duty with the British and Irish Lions. Last week the Chiefs announced that McMillan would retain the head coach role with Gatland returning in a new role as the director of rugby.

McMillan said selection would sit with him and the other coaching staff, but Gatland would have valuable input.

“I think we demonstrated this year that we are endeavouring to play a style of rugby that showcases the talent of our players, and is reflective of some of the Chiefs teams in the past,” he told the All Blacks’ official website.

“That was about being physical up front and allowing our backs the opportunity to build high-phase counts and ultimately try and score tries.

“Again the buck will sit with me but one of the areas where Gatts can offer considerable value will be in and around strategy.”

That would allow Gatland to undertake extra scrutiny of opposing teams, something that wasn’t always possible when coaches were involved in the depths of competition, to help shape game plans.

McMillan didn’t see any problems with differences of opinion between the pair.

“I think a bit of conflict in your environment brings an edge and some accountability to get the best out of yourselves,” he said.

He and Gatland were proud of the Chiefs and wanted not only short term but sustainable success.

“We’re going to make decisions collectively that are in the best interests of the team, I don’t have any concerns whatsoever,” added McMillan.

He revealed that as a new coach entering the Chiefs’ environment, especially in an interim capacity, it had been a case of adding his flavour without trying to reinvent the wheel.

McMillan said he liked to think he had identified some areas for improvement and made progress in those areas, but there was more to do.

“It’s a young team, it’s a young coaching group, but we’ll be welcoming back Gatts, some senior players,” he commented. “The dynamic will change slightly, but we’re excited about the potential in the team, and everything we’ll be doing will be about squeezing every last inch of effort and talent out of that group.

“The recipe is still the same, hard work and resilience, and building the off-field culture and connection just as much as trying to get those on-field wins is important in terms of creating and enjoying that sustained success.”

McMillan is looking forward to the impact All Black second-row Brodie Retallick would have with a locking group that, despite its youth, had carried a lot over the past two seasons.

He is also excited about acquiring fly-half Josh Ioane, a player who has undeniable talent.

“We just haven’t seen it consistently enough over the last couple of years. There’s a whole bunch of reasons, potentially, behind that, but our job is to provide a platform and environment for him to get back to his best and, if he can do that, he’s going to add significant value,” he said.

McMillan was also looking forward to the changed competition. The two island-based sides (Moana Pasifika and the Fijian Drua) had been waiting for this opportunity for some years and would be keen to make an impact.

“They’re going to bring a hell of a lot of passion to their performances and you would under-estimate them at your peril, and the same could be said for the Australian sides,” he said.

The way the Australian Test team had built success over the past month was an example of what was possible, and that success built on confidence that would filter through to their Super Rugby teams. That would make the competition harder, he said.

However, over an 18-week competition, there would need to be some rotation, which would involve a balance of injuries, squads, travel demands and the opposition in considering when players were played or rested.

McMillan is also facing a decision on whether he continues as coach of the Maori All Blacks. He said he was considering whether to continue doing that job, a role he was passionate about.

He retained the Maori All Blacks position this year because he was in an interim role with the Chiefs. But his Chiefs change had forced a rethink.