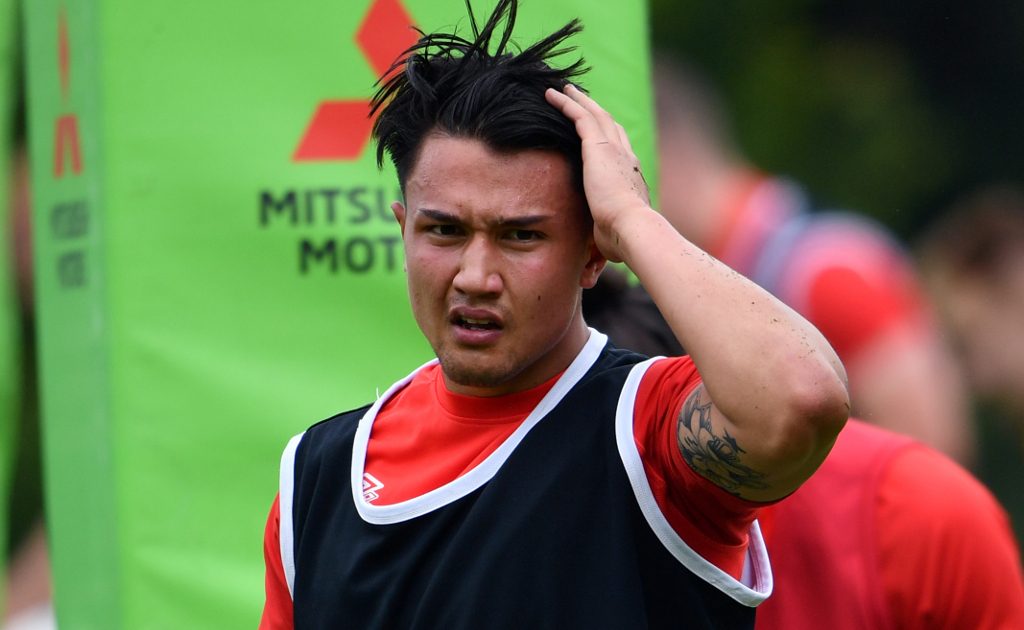 Chris Robshaw feels it is time for England to expose Marcus Smith to the world’s best teams as Eddie Jones mulls over one of the biggest selection calls of his tenure as head coach.

Fly-half Smith made his Test bow against the USA at Twickenham in July and the day after facing Canada at the same venue one week later, the 22-year-old joined the British and Irish Lions squad in South Africa where he impressed in his only appearance against the Stormers in Cape Town.

With Owen Farrell and George Ford back in contention for England’s autumn Tests against Tonga, the Wallabies and the Springboks, Jones must decide whether Smith is ready to be entrusted with the playmaking duties over the more experienced duo.

Smith is ready to shine

Former England captain Robshaw, who won 66 caps from 2009 to 2018, believes he is ready to shine on the international stage.

“Marcus has been patient and has done everything Eddie Jones has asked of him,” said Robshaw.

“He’s not got ahead of himself and has worked tirelessly. He kicks with Jonny Wilkinson every week and he trains with Daley Thompson to see how he can improve his physique.

“Marcus is a guy who wants to get to the top and I just think that he needs his opportunity now.

“America and Canada are not at the same level as Australia or South Africa, so it’s time to test him.

“With someone like Marcus, you put him in at the deep end and he’ll swim. At Harlequins he’s had some very good moments, but he’s also had some tough ones where he’s had to reflect and to learn.

Smith was instrumental to Harlequins’ Premiership title success last season and the champions are resigned to losing him for the international windows while defending their crown.

Robshaw’s 13-year career at Twickenham Stoop ended last year to join Major League Rugby side San Diego Legion and, having won the league just once in 2012, he is now urging his former club to look to Tiger Woods for inspiration.

“In 2012 I felt like we never added to what we did. We just tried to do the same thing again but unfortunately things changed, so we were overtaken,” he said.

“Tiger Woods had a famous saying – when you get to the top of the game, change your swing. Unfortunately we never changed our swing.

“Quins will play the same style, but they need to improve their defence because if they don’t, they might struggle.”

An enjoyable first year in the United States was marred by shoulder problems and Robshaw is now considering his options for when his second six-month contract at the Legion expires next August.

The 35-year-old flanker has no regrets leaving Quins before they went on to win the title and tuned in throughout last season’s charge to Twickenham.

“You know as a player, you could have hung around and played the odd game, but you’d be holding guys back,” he said.

“I remember the last year – I was the oldest back row in training by eight years! Don’t get me wrong, I’d have loved to have been in the semis and the final. But that’s not my path and this is a new Quins.

“I needed a change. I’ve come back to the UK now and I feel fresh and I feel good. I’ve got another six-month deal with the option of maybe one more, we’ll see how I feel. I’m working out what comes next at the moment.”

Meanwhile, England have set their sights on hosting the 2031 World Cup and discussions over putting together a bid are already under way at the Rugby Football Union (RFU).

The official bidding process began at the start of this year and the RFU are interested in bringing the tournament back to England for the first time since 2015 when they generated £228million in revenue.

France will host the 2023 World Cup with Australia regarded as favourites for 2027, leaving England and the United States to battle it out for the right to host the 2031 tournament. The successful nation will be announced in May 2022.