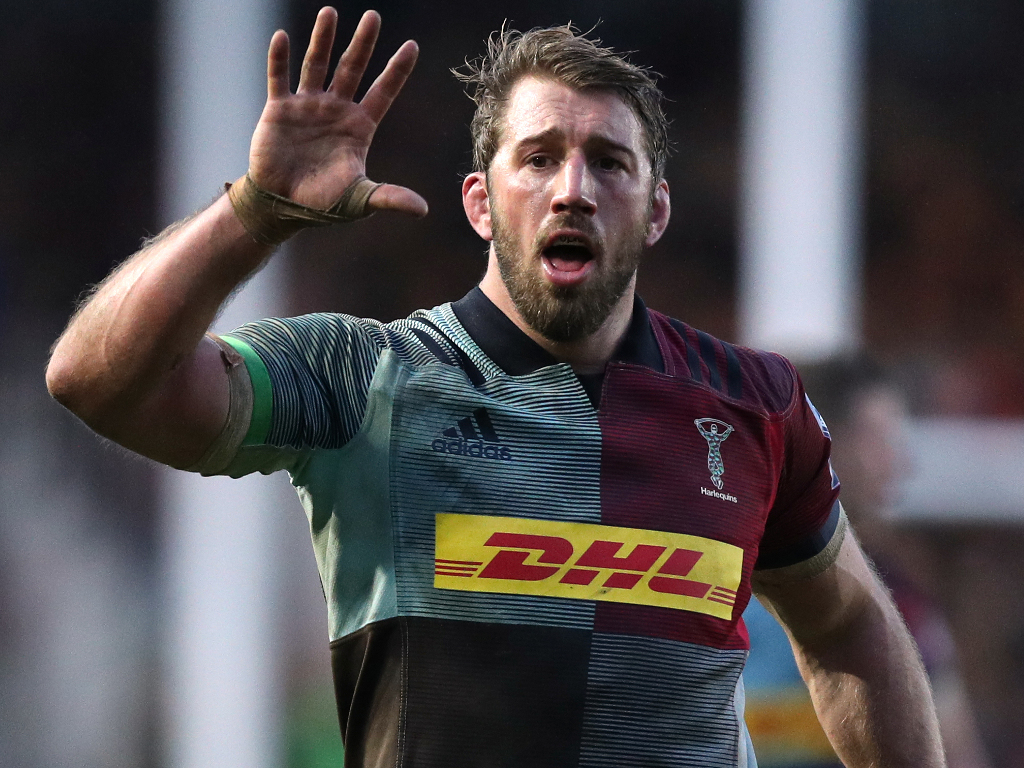 Harlequins and former England back-row Chris Robshaw has announced that he will leave the Premiership outfit at the end of this season.

The 33-year-old back-row has been a stalwart at the Twickenham Stoop-based club since making his senior debut in 2007 and has represented them in 289 appearances.

Robshaw was part of the Quins team that won the Premiership title in 2012 and went on to represent England in 66 Tests from 2009 to 2018.

He also skippered his country from 2012 to the 2015 Rugby World Cup but lost the captaincy after England failed to reach the knockout stage at the global showpiece.

Robshaw released a statement on Harlequins’ official website, thanking those involved at the club for the role they played during his 16-year stint there. However, he does not reveal where he will be furthering his career.

“As a boy, wearing my oversized Harlequins shirt, I could never have imagined I would be fortunate enough to play for the team I admired the most,” said Robshaw.

“Which is why it has been a particularly difficult decision for me to leave the Club after 16 extraordinary years.

“I will be hanging up my Harlequins shirt at the end of the season. And though there is so much I will miss about playing for this team, I will always be eternally grateful and proud for having had the chance to stand alongside such extraordinary players. All the while, being supported by the best fans in the world.

“I would like to take this opportunity to thank all the coaches and everyone at Harlequins who have helped me achieve my dreams, the Harlequins Academy and my incredible team-mates without whom none of this would have been possible.

“Despite all the intense training hours, and the emotional and physical demands of the job, it never felt like work. Putting on the Harlequins shirt will always remain the greatest privilege of my professional career.

“I also want to thank my friends, family and most importantly my wife Camilla who has always been my greatest supporter.

“I look forward to the next chapter in my life, and will keep you posted. But wherever I end up next, I will do my utmost to make you proud.

“The Stoop and Harlequins will always be my home. Let’s enjoy the next few months.”