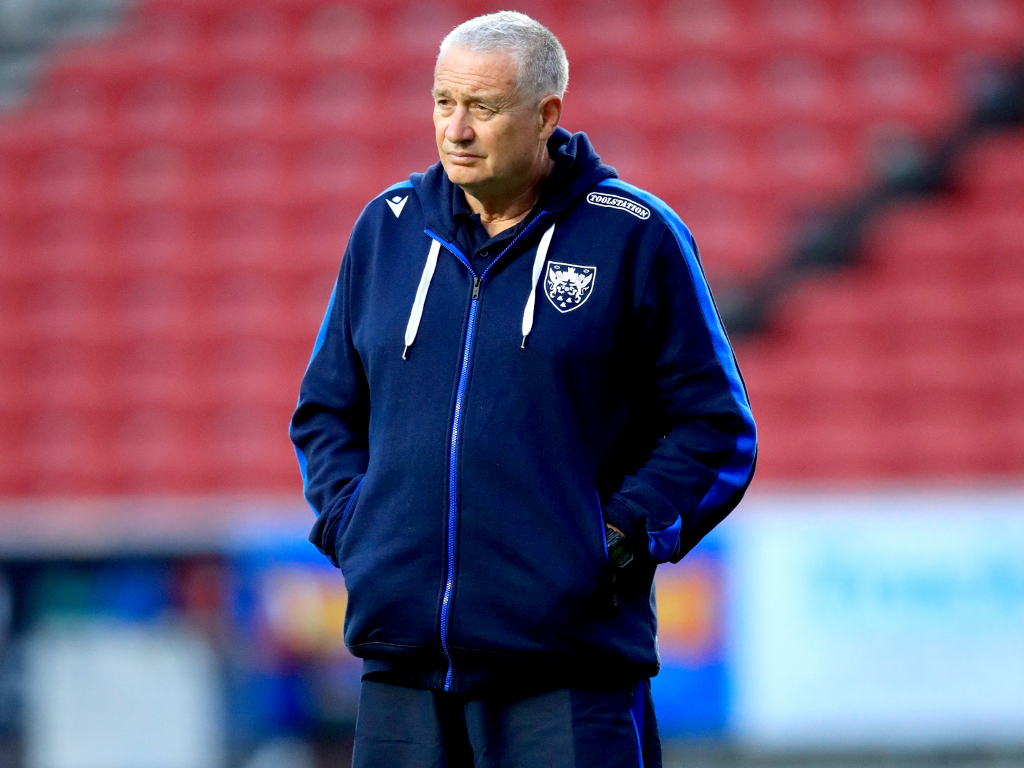 Northampton Saints have announced that director of rugby Chris Boyd has signed a new deal to keep him at the club until at least the end of the 2021/22 season.

Boyd arrived at Franklin’s Gardens back in 2018 to mark the start of a new era for the men in Black, Green and Gold, and promptly delivered a Premiership Rugby Cup trophy in his first season, as well as berths in the semi-finals of the Premiership and quarter-finals of the Challenge Cup.

The Kiwi coach’s second season in Northampton started with so much promise as his young side marked themselves as early title contenders, playing some of the most expansive rugby in the Premiership – and while Saints’ post-lockdown form suffered a dip during the pandemic-hit league campaign, Boyd still had a Champions Cup quarter-final and qualification for Europe’s elite competition in 2020/21 to show for his efforts.

Now, with at least two more years at the helm ahead of him at Saints, Boyd will focus not only on delivering success with Northampton’s players, but also on continuing to upskill a talented group of young English coaches in Phil Dowson, Sam Vesty, Ian Vass and Matt Ferguson.

“After the progress and success of my first year, for me unfortunately last season was unacceptable,” said Boyd.

“But I have thoroughly enjoyed my time so far at Saints, and I am determined to help this group of players and management staff realise their individual and combined potential.

“So, I am delighted to extend my contract at Franklin’s Gardens; Saints is a fantastic organisation – from the owners, board and chief executive, through to the incredible sponsors, supporters and Northampton community – it’s a real family, which I am proud to be part of, and that has made the decision to continue very easy for me.

“Saints currently presents such an enticing challenge, the decision to extend was a no-brainer. I am totally committed to enhancing and growing the club on and off the field.”

Boyd made the switch to Northampton from the Wellington-based Hurricanes, boasting a superb reputation as one of the most experienced head coaches in world rugby, having coached the New Zealand franchise for four years and winning the Super Rugby title in 2016.

But after his first two-year stint in Northern Hemisphere rugby, Saints chief executive Mark Darbon believes Boyd is the right man to continue to drive the standards at Northampton Saints.

“In his first two seasons at Franklin’s Gardens, Chris has had a significant impact,” he said.

“Under his stewardship, alongside the excellent coaching team he has built, Saints have played some of the most exciting, free-flowing rugby in the Premiership – and we have shown that with a young group, on our day we are more than a match for anyone.

“I know he has not yet achieved the consistency of performance he is looking for, but he is bringing through a crop of players who we hope will guide Saints to success over the next decade, and we know this will come with time.

“But what strikes me most about Chris is the impact on and off the pitch he has had on the culture of our squad, coaches and indeed all the staff around the club – he is a fantastic leader and our squad would run through a brick wall for him, so we are delighted to keep him in Northampton for two more seasons at least.”