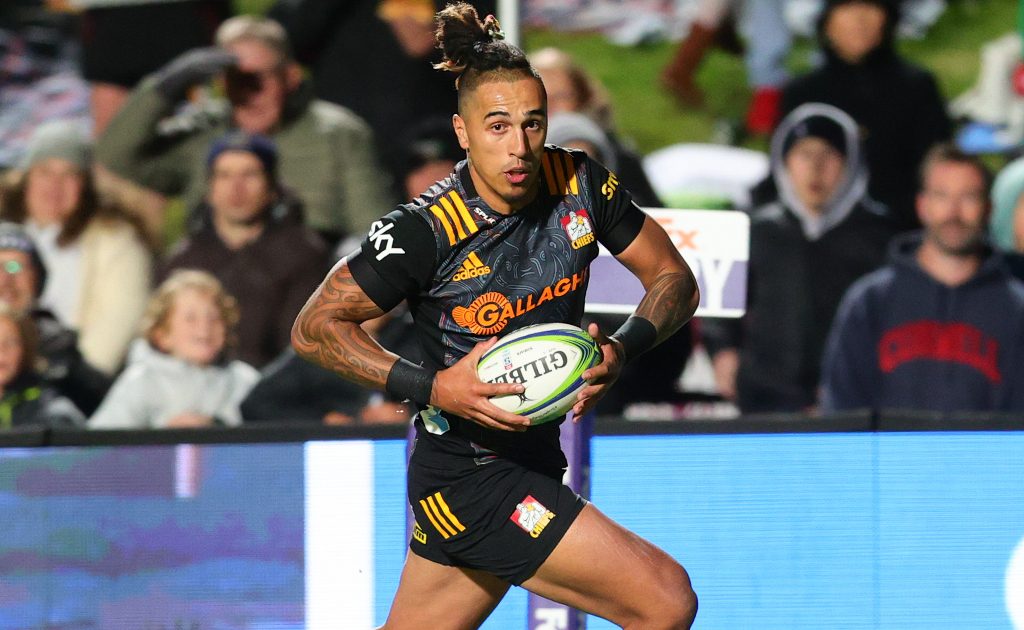 The rugby community has been rocked by the news that Chiefs, Bay of Plenty and Maori All Blacks wing Sean Wainui has passed away in a car accident.

Bay of Plenty police issued a statement saying one person had died after a single-vehicle crash at McLaren Falls Park near Tauranga on New Zealand’s North Island, with the 25-year-old at the wheel of the car.

“Our thoughts are with Sean and his whanau, particularly Paige, Kawariki and Arahia, and we offer them our full support at what is the most difficult of times,” said NZR chief executive Mark Robinson via a statement.

“We know Sean’s passing will be felt deeply by everyone involved in rugby, particularly his Bay of Plenty and Chiefs team-mates, and we share their sorrow and their shock.

“We ask that media give the Wainui whanau space to grieve as we all reflect on a young life that has ended far too early.”

Chiefs, Maori All Blacks and former Bay of Plenty coach Clayton McMillan paid tribute to Wainui and hailed his attributes as a rugby player and person.

“Sean was an incredibly talented individual and held a great amount of mana among his fellow team-mates and the wider rugby community,” he said. “He epitomised everything you could possibly ask for in a player.

“He will be remembered for being a passionate, hard-working, proud Maori who was an exceptional player but more importantly father and husband.

“He was an influential member in the teams he has been a part of, and his presence will be missed. Our sincere condolences to Paige, Kawariki and Arahia and his wider whanau at this difficult time. We are offering them our full support along with our players and staff.”

New Zealand Maori Rugby board chairperson Farah Palmer said: “Today rugby is mourning one of our Rangatira, but our first thoughts are with Sean’s whanau. They have lost a father, a husband, a brother and a son and we share their grief and their tears.

“As a player we all saw what this young tane was capable of and the passion and talent that he brought to the teams he represented, but we also saw a role model for young Maori, a caring father who was passionate about his culture, his language, and his identity. He will be sorely missed.”

Wainui made his Super Rugby debut for the Crusaders in 2016 before making the move to the Chiefs.

He would become a mainstay of the Hamilton-based outfit’s backline and showed his class in his 53rd and ultimately final Super Rugby match against the Waratahs, becoming the first player to score five tries in a game.

Wainui also made his international debut for the Maori All Blacks against Fiji in 2015, with the proud Maori playing 10 games for the side, including two this year against Samoa.