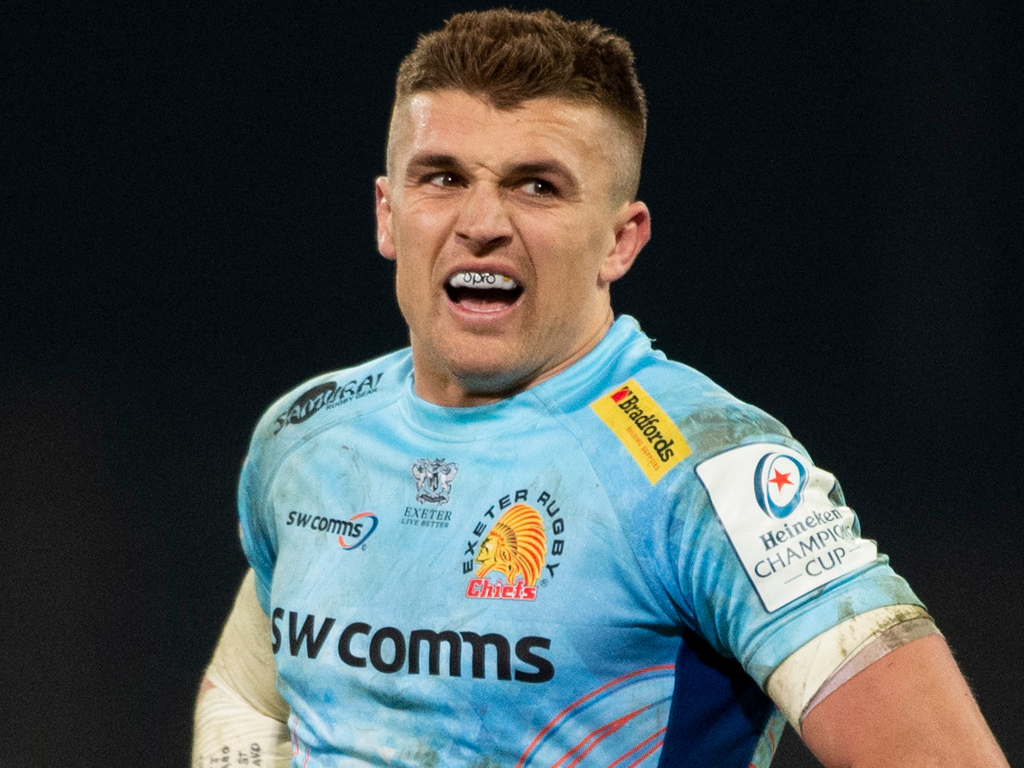 Exeter Chiefs continued with their excellent Champions Cup form when they notched a 34-18 win against Glasgow Warriors at Sandy Park on Saturday.

After last’s week superb 31-12 win at La Rochelle, Exeter backed it up with a convincing win over the Scots, who were run ragged in the second half.

It was not always plain-sailing for the Chiefs as they trailed 13-10 at the interval but a much improved second-half performance saw them totally dominate an out-gunned Glasgow.

Glasgow made an explosive start with an excellent break from Sam Johnson and good support from George Horne winning a five- metre scrum but they could not capitalise on that position as they conceded a penalty for not releasing.

However the Scots were not to be denied for long as Tommy Seymour burst through the home defence to set up the opening try for Grigg.

Hastings converted from in front of the posts but his side were pinged at a scrum with Joe Simmonds stepping up to kick a straightforward penalty.

Glasgow led 7-3 at the end of an evenly contested first quarter in which their centres, Johnson and Grigg, troubled the home defence with their probing runs which contrasted with some well-judged box kicking from Chiefs’ scrum-half Nic White.

White’s kicking helped in giving his a pack a period of dominance and after 27 minutes, they took the lead when Hill finished off a succession of forward drives by forcing his way over.

Joe Simmonds converted before the visitors suffered another setback when wing Ratu Tagive was forced to leave the field with a back problem but the Scots regained the advantage when Hastings succeeded with two penalties in quick succession to leave his side 13-10 ahead at the break.

It took only 90 seconds after the restart for Exeter to score their second try. A basic handling error from the Scots surrendered possession and Jack Nowell made them pay by evading two defenders to send Slade over.

Glasgow’s poor start to the second half continued when they first lost another wing through injury with DTH Van Der Merwe hobbling off before Sam Simmonds finished off a driving line-out to put Exeter firmly in control.

The Scots continued to fall apart and they soon conceded a fourth try when O’Flaherty easily won the race to touchdown after a skilful kick ahead from Slade had created the opportunity.

Glasgow lost replacement Kiran McDonald to a yellow card for an off-the-ball incident with Joe Simmonds knocking over the resulting penalty before his brother Sam joined McDonald in the bin for a deliberate offside.

Glasgow took advantage of the number eight’s absence to score their only points of the second half when Turner crossed with 90 seconds remaining.

A first half try from Max Deegan and two penalties and a conversion from Jonathan Sexton were enough to seal the Irish province’s win while Lyon’s points came via two three-pointers off the kicking tee from Jonathan Wisniewski.