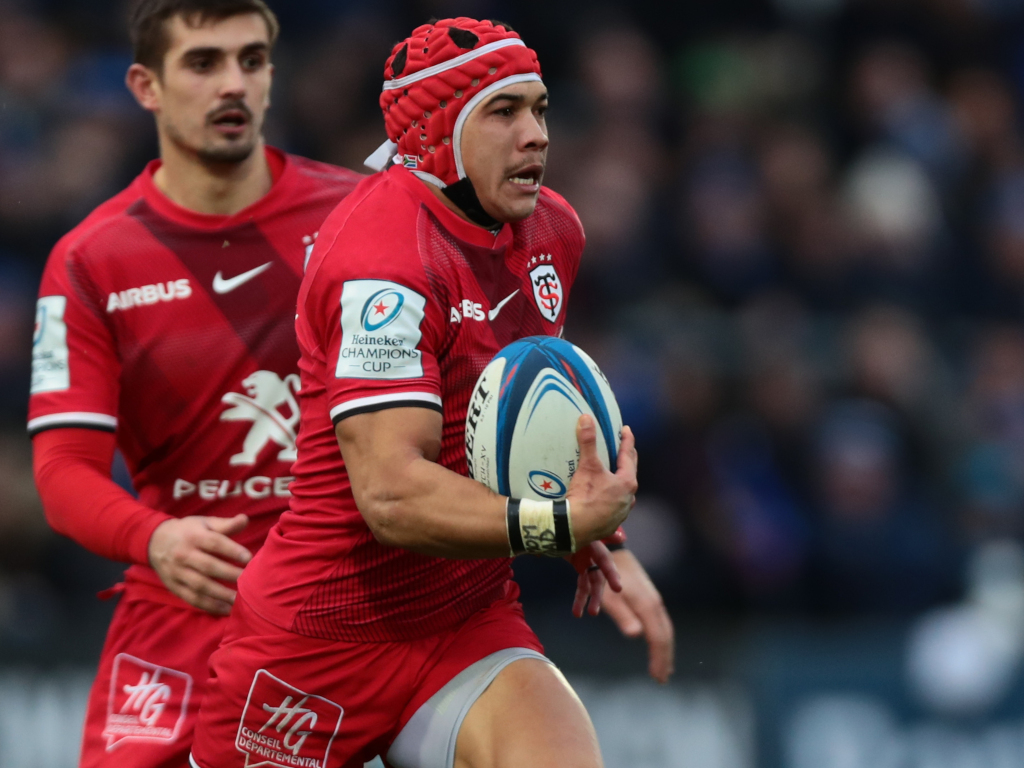 Kolbe, one of rugby union’s most prolific try-scorers, is the strike weapon of a Toulouse team chasing a record fifth European title.

Debut Champions Cup semi-finalists Exeter stand between them and a place in next month’s final against Saracens or Racing 92.

For South Africa star Kolbe, it also means going head-to-head with Chiefs and England wing Nowell seven years after they were both part of the Junior World Cup in France.

England won the tournament that year, despite losing to pool stage opponents South Africa, with Nowell scoring a try in the final against Wales, when his team-mates included current Exeter colleagues Henry Slade and Luke Cowan-Dickie.

“Jack is a special player,” Kolbe said. “I played against him in the U20 World Cup in 2013, and he really caught my eye.

“The turn of speed he has, the power and the side-stepping as well. He is really a great player, a player that has a lot to provide to a team.

“We probably play the same style of rugby, and I am looking forward to the weekend and catching up with him again.

“We speak every now and then on social media. He has a family, I also have a family, that’s how we got started. We just try and keep up that relationship.”

🗣️ "How do you stop Kolbe? It’s a question many have asked, but few have ultimately answered." #HeinekenChampionsCup @jameswhile's 4⃣ storylines ahead of the Champions Cup semi-finals. 👇 https://t.co/pGN2ZO3hqO

Kolbe’s devastating side-step is his trademark, and something England witnessed during the World Cup final in Japan last November that South Africa won 32-12.

And the 26-year-old’s origins in that particular running skill can be traced back to an unlikely setting – his family home.

“When I was a kid growing up at home, whenever I went to take a shower or to get something from the fridge in the kitchen I always used to run and make sure I side-stepped something,” he added.

“I also developed it playing touch rugby in the streets with my friends, trying all kinds of things to give the person trying to stop me a bit of a headache.

“I can step off both feet. A lot of players are mostly dominant off one foot, but I put as much emphasis on both feet.

“To be honest, sometimes I don’t know what I do on the field. It’s just my body taking over. I surprise myself.”