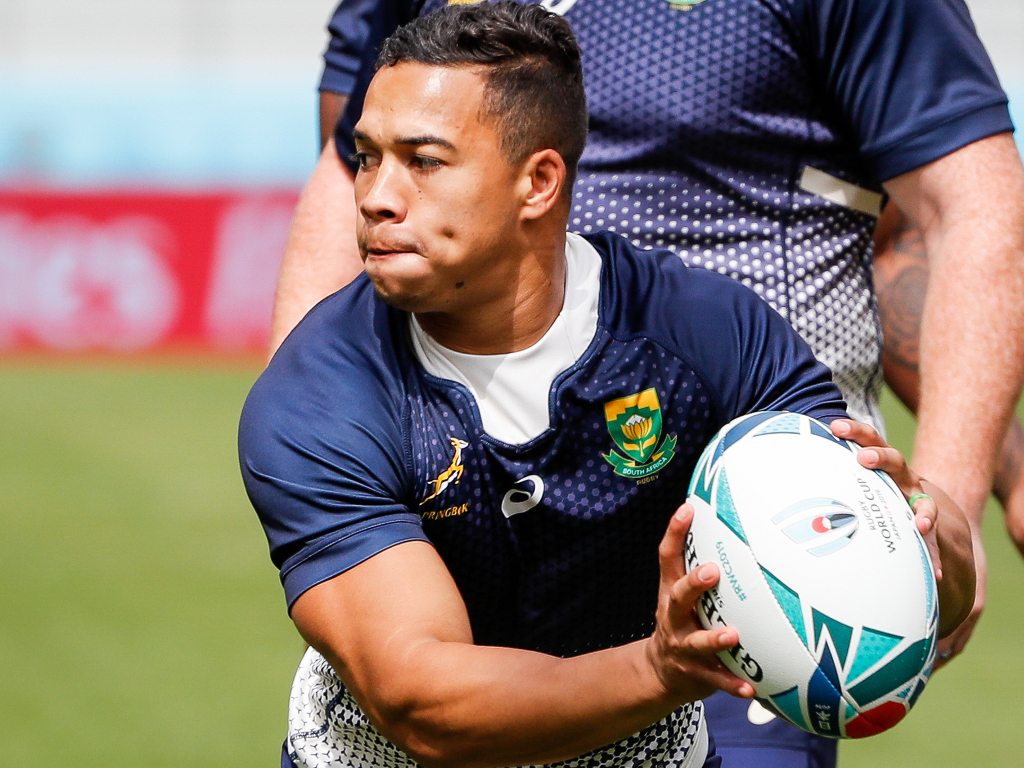 Despite the break in rugby due to Covid-19, Springboks wing Cheslin Kolbe is keeping busy by raising funds to combat the ongoing pandemic.

The Toulouse stalwart confirmed via his Instagram page on Wednesday that he is raffling off a pair of boots which he wore during South Africa’s Rugby World Cup-winning campaign in Japan last year.

Money raised will be in aid of the Be the Difference Foundation in South Africa, a non-profit organisation who, with Kolbe’s assistance, have been feeding between 600 to 1200 people a day. This includes handing out food parcels and care packages to those in need.

The raffle tickets are R100 (US$5.5) each and the winner will be announced next week.

Please support this great initiative we started. A R100 a ticket: could get you a chance to win a pair of my signed boots from the RUGBY world cup and most importantly also contribute massively towards feeding a hungry family. As you know I have joined the @bethedifferencefoundation team and we have been feeding between 600- 1200 people a day, including handing out food parcels and care packages to those in need. If we all can give where we can, we help so many others. Please join our team in giving back, by taking part in this exciting raffle. Thank you for the support, winner will be announced after a week. 🙏 Be The Difference Foundation FNB Business acc Acc num: 62607998690 Branch num: 251945 SWIFT code: FIRNZAJJ Ref: Name+Surname POP: granthem@btdf.co.za