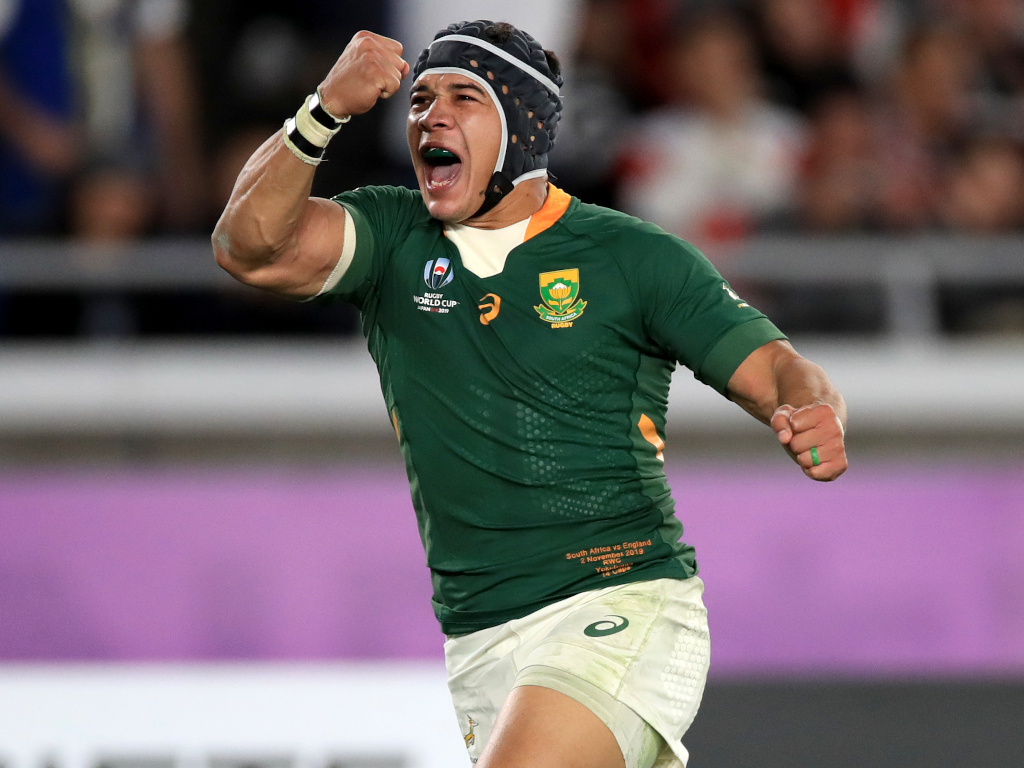 Springboks flyer Cheslin Kolbe has revealed that he is hungry to face the British & Irish Lions, who are set to tour South Africa next year.

The Toulouse star was also eager to represent his country in Sevens at the Olympic Games, which was scheduled to take place in Tokyo later this year. But due to the coronavirus pandemic, the Olympics was pushed back to 2021 and is due to take place at the same time that the Lions tour South Africa.

The postponed Games will now be held from July 23 to August 8, 2021 while the Lions’ programme will start on July 3 when they face the Stormers in Cape Town, with the main part of their tour being their three Tests against the Springboks on July 24 (FNB Stadium, Johannesburg), July 31 (Cape Town Stadium) and August 7 (Ellis Park, Johannesburg) respectively.

That left Kolbe with a huge dilemma as he has indicated that he would like to participate at the Olympics again – after helping his country win a bronze medal at the Rio de Janeiro Games in 2016 – but when informed that next year’s Olympics would clash with the Lions tour he left little doubt what his preferred choice would be.

“It’s a tough decision but I would definitely choose taking on the British and Irish Lions,” he told Planet Rugby in an exclusive interview.

“Although I would love to play Sevens for my country at the Tokyo Olympics, to be part of a British and Irish Lions series is a goal I really want to achieve and I would like to be a part of that because it only happens every 12 years (that they tour South Africa).

“Next year would be my only chance to face them, if I do get selected (for the Springboks), as I won’t be around for their next tour so I would definitely go for that option.”

Like thousands of professional rugby players throughout the world, Kolbe is kicking his heels due to Covid-19. Not that he is complaining as he is currently in his home country after going there on holiday from France more than two months ago.

“I came to South Africa early in March as I had to take a break after the Rugby World Cup,” he explained.

“Initially it was a two-week holiday as it was my daughter’s birthday and my wife’s birthday was also coming up. So, I decided to come to Cape Town to spend time with my family and luckily enough I’ve spent some extra time here due to the Covid-19 lockdown.”

During that time, Kolbe has been assisting a non-profit organisation – the Be the Difference Foundation – in feeding between 600 to 1200 people a day in Cape Town’s poorer communities.

Doing his charity work is something which Kolbe is passionate about, as illustrated by him raffling off a pair of his 2019 World Cup boots for the foundation recently.

“I’ve been part of the Be the Difference Foundation since it was established in 2014 but because I’m so busy with my career as a professional rugby player I couldn’t do as much I wanted to for the organisation,” he said. “Making the move to France made it even more difficult because although I try to support from that side, I would like to be personally involved (in the activities).

“However, during the time that I’ve been back home on holiday, and due to the lockdown, it gave me more time to be involved and go out to the various communities to serve the people.

“We try and make a difference in people’s lives so that they don’t go to bed hungry at night.

“The decision to raffle my boots is simply to help the foundation to feed more people. The past few weeks that I’ve been involved in the feeding schemes I saw the budgets that are drawn up to reach our goals and whoever wins the boots must know that it’s for a good cause.”

The past 12 months have been filled with a plethora of highlights for Kolbe as he has won several awards during that period. Apart from playing a leading role in helping his country win the Rugby World Cup for a third time, he was also part of the Springboks team which won last year’s Rugby Championship – the first time a country has managed to win both tournaments in the same year.

He was also part of the Toulouse side that were crowned Top 14 champions for the 2018/19 season. The 26-year-old, who joined the French giants in 2017, was then named as the winner of Midi Olympique’s World Player of the Year award for 2019 at the French rugby ‘Oscars’ and also walked off with the Top 14’s Player of the Season gong.

“Winning the Top 14 with Stade Toulousain is something that I obviously wanted to achieve but I never thought that it would happen in my second season with them. It was really unbelievable because there are people who have been at the club for several years but they hadn’t won a Top 14 before.

“Then winning the Rugby Championship with the Boks, in the same year as the Rugby World Cup, I think it helped with my confidence and I kept on improving and growing.”

Improve and grow he certainly did as he arrived at the World Cup in a rich vein of form and he appeared to be a man on a mission at the global showpiece.

Kolbe showed his intent from South Africa’s opening game against their arch rivals New Zealand – where he delivered a superb attacking performance despite finishing on the losing side – before sealing his country’s World Cup triumph with a brilliant try against England in the final.

“My game was lifted up onto another level and my main goal was just to represent my country and to do well at the World Cup in Japan,” he added. “I was given the opportunity to play for the Springboks in that tournament and what an unbelievable journey it was.

“Just to be a part of that team and to work with the amazing coaches and players around me was a fantastic experience. I just enjoyed my rugby since that season started and getting to the World Cup, I knew it’s something special and told myself ‘I’m here to make it much more special as a player and for the whole team as well as everyone that supports me’. Winning the Rugby World Cup is probably going to be the highlight for the rest of my career.”

That victory in Japan saw happy memories flooding back for Kolbe as it reminded him of the Boks’ previous triumph at the global event in France 12 years earlier.

“I watched it when South Africa won it back in 2007, against England as well,” he said. “I was 14 years old at the time and remember running down the streets celebrating with the other people and how happy everybody was.

“And then a few years later I was playing in a final and winning the Webb Ellis Cup. That’s been a childhood dream and a goal that I’ve always wanted to achieve. Now it’s a box ticked and something I’ll never forget.”