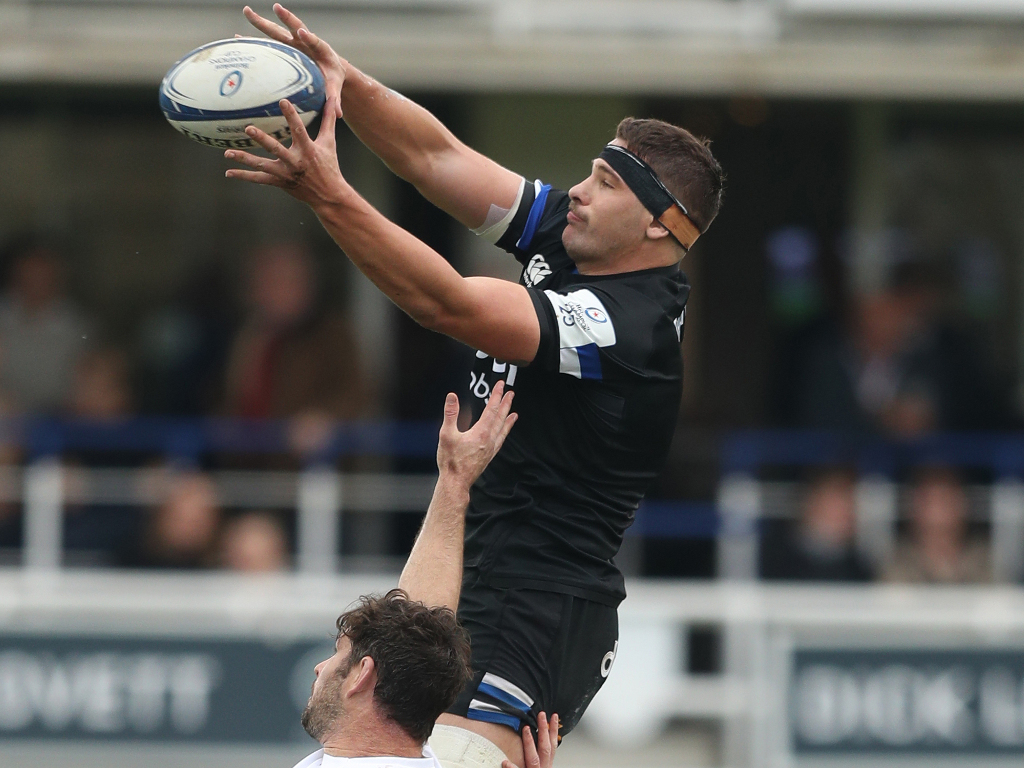 Bath captain Charlie Ewels is backing his side to hit the ground running when their season resumes against London Irish on Saturday, August 15.

The second-row, 25, has revealed they have been put through their paces in training as they look to adapt to two games a week on two occasions.

It will be a big test for players on their return from the break, but Ewels is confident the Recreation Ground side are ready for the challenge.

“In these next three weeks we are looking to build towards our first game against London Irish. Throughout stage one and the lockdown period we needed to maintain our fitness but there was a limited amount of skills work we could do,” he told Bath’s website.

“Since coming back into phase two it has been all about getting our team playing and getting everything back into place that we need to be able to compete in games.

“The squad will prepare best for games behind closed doors through the way we are training now. We have two intense sessions in a week which will start preparing us to play two games in a given week.

“The other part of that is the whole squad needs to be ready because you can’t have one guy playing 80 minutes, seven times in five weeks. So, the entire squad have got to be ready to contribute. They are doing that through the way we are training as it is preparing us to do that.”

With the return to rugby proving to be a rigorous procedure led structure, Ewels explained the stages the side have endured and forecasts the side normalising the new measures from the Covid-19 pandemic.

“There are a lot of stages that we are going through when we transition back into playing rugby. We re-introduce contact. Things are slightly quicker now than what they might be in a normal season because of the accelerated timeline but it has been brilliant,” he added.

📌 How they left things
✍️ Player ins and outs
🙏 Hopes for the run-in@jameswhile assesses Bath ahead of #GallagherPrem return. 👇 https://t.co/sNmP1bO40b

“The guys have been working extremely hard, and the coaches have been pushing us and challenging us in training, but I think we are in a good place heading towards London Irish.

“Everything has become normal now – the temperature checks in the morning, the hand sanitisers, the social distancing where we can around the training facility. That is just what we do now to allow us to train.

“We are tested on a Monday so that we know when we do apply contact in training that we are all safe and protected. It is a little bit strange flipping between the two, but the guys have been brilliant, and they understand why they are doing it.”

With nine rounds of the Premiership left to play – Ewels has set out his expectations for the side to follow suit – to make a final appearance at Twickenham Stadium come October 24.

“We have an end goal. We are thinking about October 24 and the Premiership final at Twickenham so all the games count for the same number of points and that is our goal and as much as we will miss having the supporters near, we know they will be supporting us from afar,” he said.

“We know that they are there and they are supporting us, and we are driven towards that goal. Hopefully by the time we get to October 24 the Blue, Black and White can fill out Twickenham.

“It is going to be about the side that adapts first. We have been talking a lot about the changes and the differences but ultimately that is all it is. It’s the speed to adapt to what is going to be the playing conditions for the future now.”