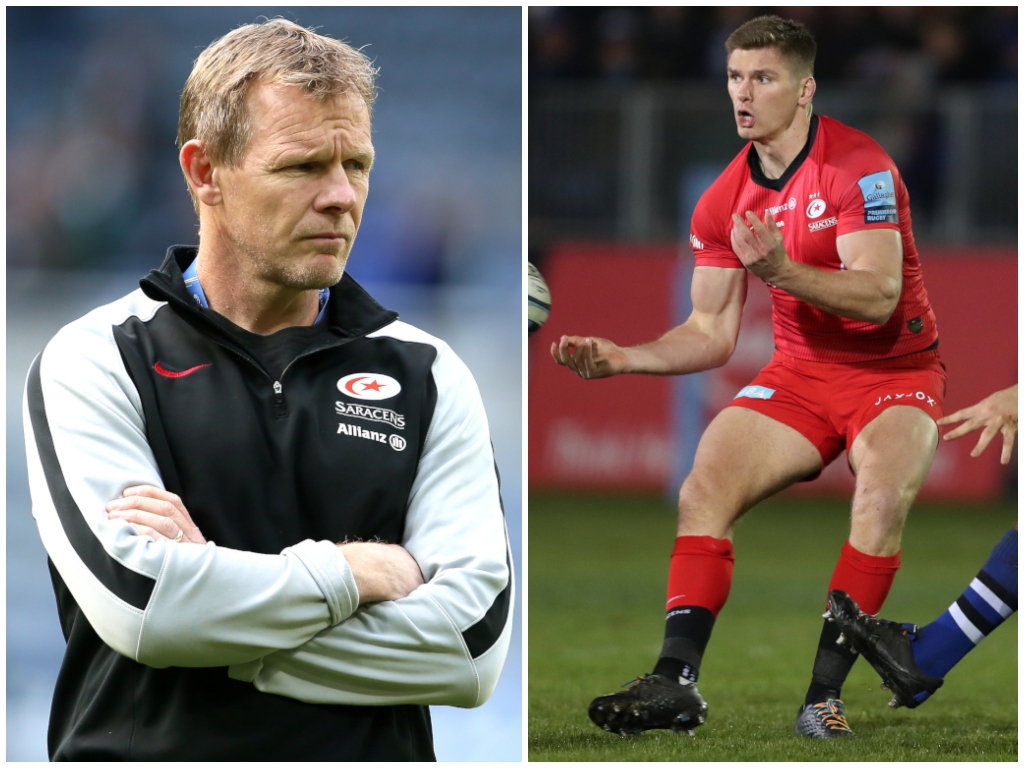 After their points deductions for salary cap breaches, Sarries have already been relegated prior to the resumption of the Premiership season. It is just a matter of them now finishing the campaign before beginning their new life in the Championship.

However, form-wise they were rather impressive. Despite a couple of thrashings at the hands of Harlequins and Wasps – results no doubt born out of their demotion and, as a result, a sheer lack of motivation – they have still emerged triumphant in nine of their 13 matches.

It would ordinarily put them in second position, three points behind Exeter Chiefs, so you have to credit the coaching staff for their ability to keep a squad, that are destined for the second-tier, focused.

Saracens’ current predicament has enabled them to blood more of their talented youngsters and they have generally impressed, earning some notable victories along the way.

There aren’t the usual stars that observers are used to seeing on this list but there are a couple of interesting additions. Scrum-half Aled Davies is a shrewd signing and will no doubt become first choice following the departure of Ben Spencer to Bath, while loanee Callum Hunter-Hill has signed permanently.

However, they have primarily looked to the Championship to bolster the squad, albeit Will Hooley and Harry Sloan both have Premiership experience after coming through the systems at Northampton Saints and Harlequins respectively.

There are plenty heading for pastures new, some permanent but primarily on loan. Of those not to commit to the club, Will Skelton and George Kruis will be the most keenly felt, while the departures of Titi Lamositele and Juan Figallo leaves them a bit short of experience at prop.

However, the spine of the side remains with the Vunipolas, Mako and Billy, Owen Farrell, Maro Itoje, Elliot Daly and Jamie George all staying at Allianz Park.

Sarries have also done well to keep the majority of their young players but several will ply their trade away from the club in 2020/21, with the likes of Malins, Isiekwe, Tompkins and Earl looking to boost their international aspirations by being at the top level of the club game.

The focus is primarily on the upcoming Championship season and keeping their squad fresh for that. No doubt, the coaches will have them prepared for the challenges in the Premiership, but the results do not matter and it will be about development for a lot of their players.

With a number of individuals leaving, that has significantly hampered the quality, and most importantly, depth of their squad. The likes of Mako and Billy Vunipola, Owen Farrell and Jamie George will get their fair share of game time, but they will not be overplayed.

They will simply look to avoid a couple of the embarrassing results they endured before the lockdown and garner a few victories heading into their Champions Cup quarter-final tie against Leinster.

It is remarkable that a controversial and quite simply awful campaign could end with a piece of silverware, but that is a possibility. With the Saracens squad being stripped of some important players, the Irishmen will be heavy favourites but there is still more than enough ability there to cause the Dubliners significant problems.

They like sticking two fingers up to the critics and it would not be a surprise should this team, who have nothing to lose, go to Ireland and keep themselves in Europe.

If you take a look at the Betway rugby betting, you will see that the bookies are fairly confident that the Saracens will in fact be in with a good shot on matching their ambition.

Everyone knows about their international stars but this period is about the next generation. Joel Kpoku has already shown plenty of potential but, following the departures of Skelton and Kruis, there will be added responsibility on the young lock’s shoulders.

Kpoku is a terrific talent and a series of good performances over the next few weeks could put him in contention for a place in the Red Rose squad. That will also be the hope for Manu Vunipola, who was excellent standing in for Owen Farrell, and will get even more game time upon the league’s resumption.

Saracens still need experience, though, and keeping hold of Brad Barritt on a short-term deal is an important piece of business. The experienced centre has been the linchpin in that backline for over a decade and he will look to pass on his knowledge to the next incumbent.

Motivation must be low for the already-relegated Londoners but they have high expectations at Allianz Park and Mark McCall will demand a certain standard of performance from his players.

As a result, they should pick up a few victories, especially at home on their artificial surface, but don’t be surprised to see them struggle against those that have something to play for.

Several players have departed and, while plenty of experience remains, their game time will be limited as they look to build towards the Champions Cup encounter against Leinster. They want to be fresh for that clash, which means that the Premiership is simply meaningless for those at Saracens.