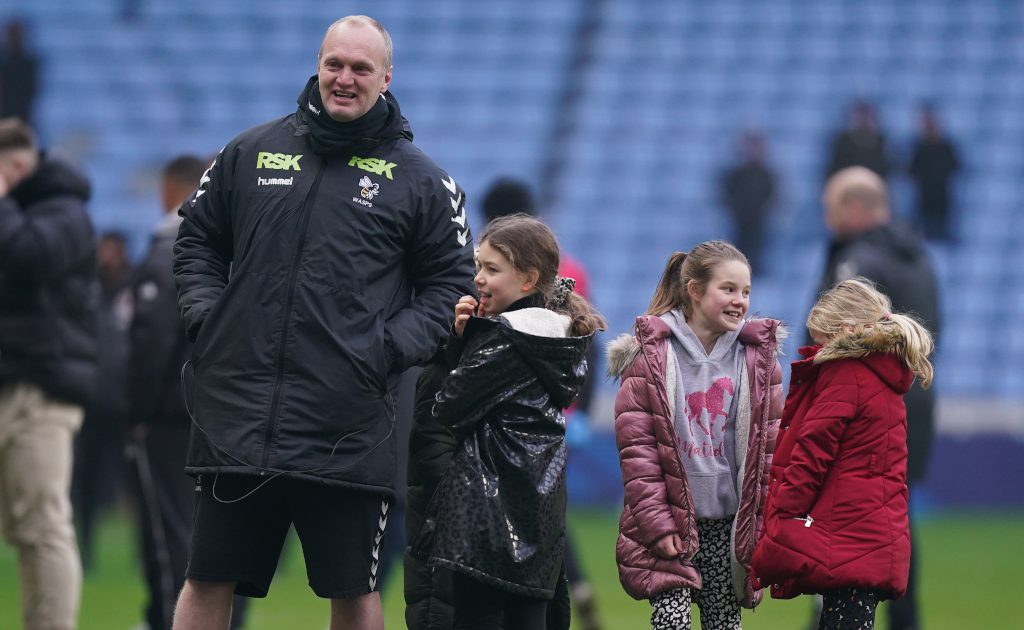 Wasps head coach Lee Blackett was delighted with his side after they recovered from a red card shown to Jacob Umaga to beat Toulouse in the Champions Cup.

Their 30-22 victory at the CBS Arena will live long in the memory for Blackett’s men as they shocked the reigning European champions at home on Saturday.

Alfie Barbeary scored the key try in the 68th minute as Wasps defied the odds to maintain hope of reaching the round of 16 with a trip to Munster up next.

Really proud of his team

“This win would have to be up there. It’s the way we won,” head coach Blackett said.

“That took a lot of effort. When you go down to 14 men, especially when it’s someone in the backfield, you have to manage the game.

“It’s about how you manage those situations. I’m really proud of how we did that, especially our young backs.

“I thought that in the first 10 minutes we gave Toulouse too much respect. The first try was soft. Then there was an air of confidence the more and more we built into the game.

“We started to move the ball really well and we managed to get field position with some good attacking kicks. How we managed the red card is the most pleasing thing.”

Umaga, playing at full-back instead of his customary position of fly-half, was sent off by referee Chris Busby in the 34th minute for a dangerous tackle on scrum-half Martin Page Relo in which head contact was made.

Yet the Irish official punished a similar offence in the second half with only 10 minutes in the sin-bin when number eight Anthony Jelonch floored Barbeary with a shoulder to the head.

“We’ll look at ourselves. We’ve got to lower our height. It’s difficult when people are changing direction but we’ve got to make sure we look at our height,” Blackett said.

“As long as we lower our height we don’t bring in the interpretation of the referee. For the second incident (involving Jelonch), it looked aggressive.

“Without listening to what the referee said I can see why he would give yellow because there was probably a fraction of mitigation with him going down, but it could easily have been red.”

Barbeary, the 21-year-old back-row, was magnificent as his man-of-the-match display gave him a good chance of featuring in England’s Six Nations squad which is named on Tuesday.

“You want to test these guys against the best. You could see what he was made of out there, but there is loads for Alf to improve on,” Blackett said.