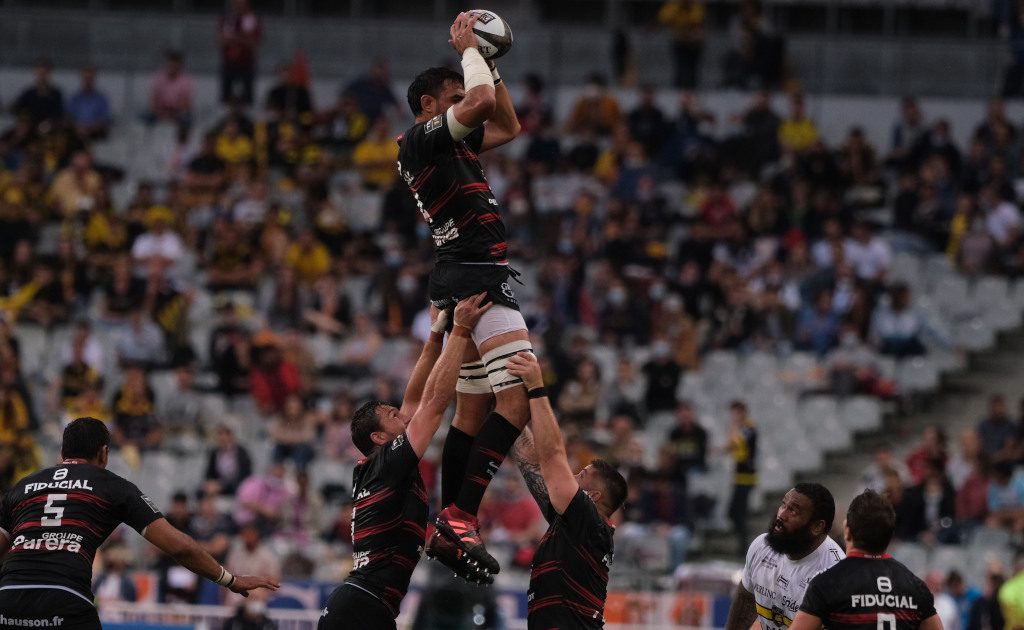 Toulouse second-row Rory Arnold admits he was lucky not to be sent off for his dangerous tackle on Munster’s Simon Zebo last weekend in their dramatic quarter-final.

The clash between Munster and Toulouse finished at 24-24 after extra time and was decided with a place kicking competition for only the second time in Champions Cup history.

Arnold saw yellow for his tackle on Zebo and admits he was lucky not to be red carded, which could have changed the course of the game.

“I was, to be honest,” says Arnold. “When they slowed it down, there wasn’t much in it. I definitely got that one wrong.

“Yeah, if I was shown red then, it would have definitely drastically changed the outcome of that game.
I was very lucky there and I need to be better around that collision zone.”

Having been on the lucky side of the decision that time round, the former Wallaby knows how important discipline will be when they take on a world-class Leinster side in the semi-finals this weekend.

“Yeah. Absolutely,” he says. “These big games are usually quite close. So, a yellow card or red card, it will be devastating if a team gives it away, especially a red card.”

The second-row knows that Toulouse will need a complete performance against the United Rugby Championship leaders. Discipline and maintaining tempo throughout the game are crucial, or Leinster will capitalise.

“You can’t do that against a quality team like that,” says Arnold. “We played well for the first half, the first 35 minutes and then both sides of half-time we weren’t good enough and the card sort of changed it. Yeah, we’re under no illusions that a good 80-minute performance is needed.

“There is nothing between the teams, when you look at how much experience they have and how successful they have been in their competition and in the Heineken as well. They’re a class team and we know it’s going to be a challenge on Saturday.”

Arnold and his brother were both part of the Toulouse’s European success last season, something the Australian will always hold close to his heart. However, his focus remains on the tricky clash ahead.

“Last year was such a special year and I was lucky enough to do it alongside my brother and yeah, it was something that I’ll never forget,” says the lock.

“But that was last year now, and we’re in a similar position this year. We’ve got a couple to go and we’re under no illusions to how big this weekend is for us if we want to do it again. I think this weekend is going to be the biggest test for us.”

Should Toulouse win, they would claim their sixth Champions Cup title, but Arnold is not looking that far ahead yet.

“Yeah, pretty special if you think about it,” he says. “But we can’t get too far ahead of ourselves. We know how big the challenge is awaiting us.

“To be the best, you’ve got to beat the best, and we’ve definitely had some tough teams on the way to this semi-final. It’s no different this weekend, they’re a world-class team.”