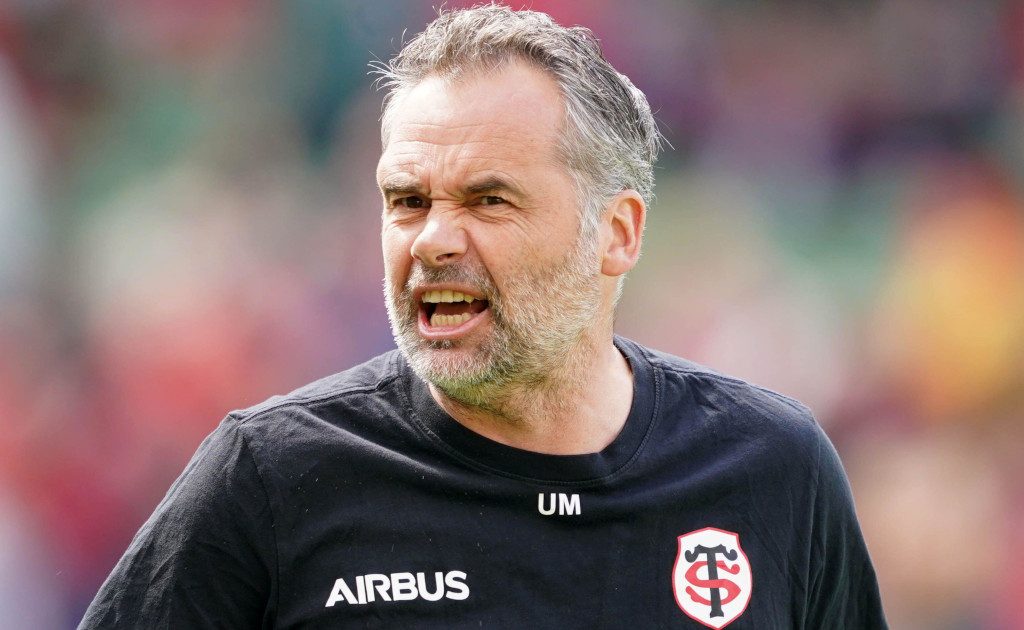 Having dispatched of Ulster over two legs by a single point and Munster on penalties, Toulouse must now complete a 1-2-3 of Irish provinces by beating Leinster in Ireland this weekend to reach the Champions Cup final.

It’s no easy task, as coach Ugo Mola explained on Thursday. Not only is he dealing with a squad ravaged by injuries and fatigue at the end of a long and brutal season, but the Champions Cup holders are up against a team drowning in international talent, one Mola described as ‘masters’ of the European stage.

‘We never had a chance’

It’s a repeat, too, of the semi-final of three years ago, which Leinster won 30-12 and which Mola described as a learning experience.

“They knocked us out without giving us a sniff of a chance three years ago,” he said.

“The tour of Ireland is still arduous and it will take a completely different Toulouse than that of 2019 to overcome Leinster this time.

“Are we able today to do Ulster, Munster, Leinster? If I look at their championship, no one has ever done this treble.

“You know, we’re always looking for things that are a little special and exceptional. I believe that if we are able to do that, we will certainly have marked an important page in the history of the club.”

It’s not just the Top 14 and the European campaign that has taken a toll on the champions. A large number of players were on Six Nations Grand Slam duty and have returned to find the club struggling for form, even struggling for a play-off spot in a notoriously tight Top 14 this season.

Three fresh injuries picked up in the Munster clash have caused Mola an extra headache, while the week’s training has been focussed on maintenance.

“We decided to really recover this week,” he explained.

“We want to focus on mental and physical freshness. We only really trained today, and with moderate intensity.

“It has not escaped anyone that our squad is in a parlous state, especially in the backs. We have to find that right balance.

“I don’t hide from you that I would have liked a weekend between the two games, but that’s the way it is.”

In a veiled dig at the length and intensity of the season, Mola also referred to the current haggling over the state of the global fixture calendar, suggesting administrators ‘cry wolf’ at times when it comes to player welfare.

“What frightens me a little is that the recovery time is also linked to the calendar and that this “calendar war” is not yet settled,” he said.

“Things will only change the day a major nation finds itself penalized because these major players are injured by the time the big games come.

“We were only able to cut one week in November and one in February. Injuries are therefore a logical consequence and unfortunately, the state of freshness will be what it is this weekend.”

READ MORE: Toulouse’s Rory Arnold admits he got his tackle on Simon Zebo all wrong