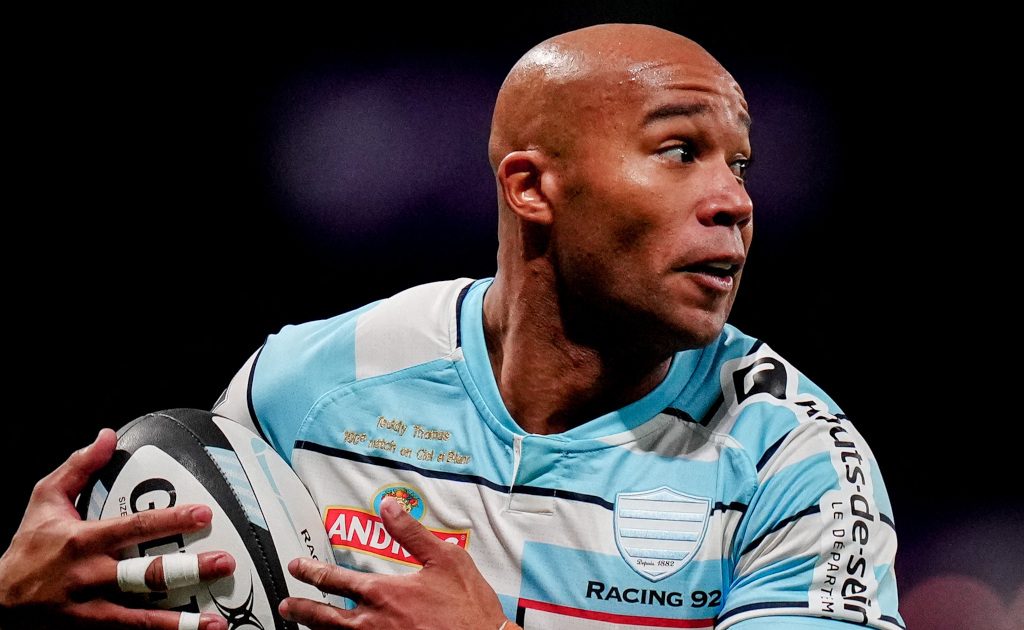 Racing 92 booked their spot in the Champions Cup quarter-finals thanks to a 33-22 home victory over Stade Francais on Sunday.

The 55-31 triumph on aggregate was inspired by a second-half brace from Teddy Thomas, with Wenceslas Lauret also going over at Paris La Defense Arena.

Telusa Veainu and Adrien Lapegue (2) crossed for Stade Francais, but having Sefanaia Naivalu sent off for two yellow cards proved fatal for the visitors.

The game had started in perfect fashion for Stade Francais when Finn Russell’s attempted kick ahead when awry and Veainu gathered it up before setting off for an early opening try that was converted by Argentina international fly-half Nicolas Sanchez.

They crossed again on 22 minutes when the impressive Lapegue went over and he had a second before the break with a lovely finish outside Thomas, with Racing 92 having been awarded a penalty try three minutes earlier when wing Naivalu was shown his second yellow card for a dangerous tackle on Louis Dupichot.

Despite their numerical disadvantage and Thomas going over early in the second period, Stade Francais managed to remain in the game for much of the contest until Lauret finished off a team score on 72 minutes and then Thomas added the gloss late on.

This victory means Racing 92 progress to a home quarter-final in early May against Premiership side Sale Sharks, who saw off Bristol Bears on Friday.