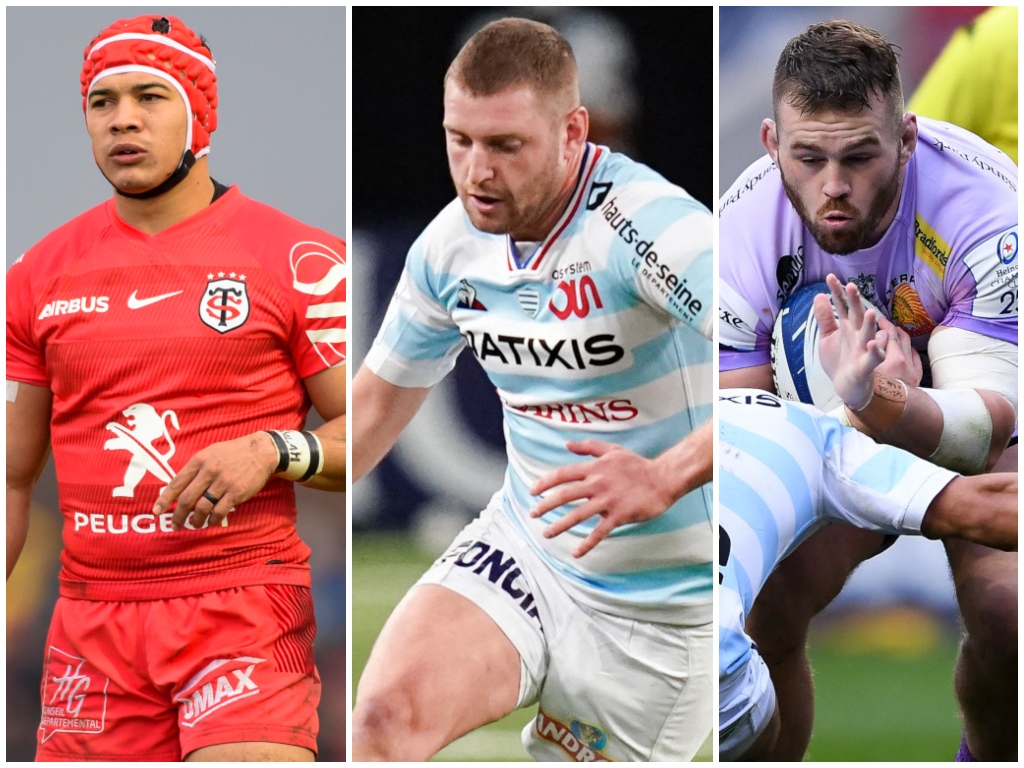 Now that the dust has settled on the Champions Cup, we have sat down to select our standout players from the 2019/20 European campaign.

After winning the title, Exeter Chiefs lead the way with five nominations, while Toulouse, Racing 92, Leinster, Ulster and Saracens are also represented. Be sure to comment and also leave your own line-up in the comments section below.

15 Stuart Hogg (Exeter Chiefs): In his first season in England, the Scotland international was outstanding for the Chiefs as they lifted the title for the first time in their history. Hogg was kept quiet in the showpiece event by Racing 92 but was irrepressible in every other game, providing the Chiefs with a much-needed spark from full-back. Leinster’s Jordan Larmour was arguably the star in the pool stages, while Toulouse’s Thomas Ramos was also excellent, but for consistency Hogg takes it.

14 Cheslin Kolbe (Toulouse): An easy choice here as the South African magician gets the nod following a series of incredible performances. Almost impossible to stop, Kolbe gave a stepping masterclass throughout the Champions Cup as Les Rouge et Noir reached the semi-finals for the second year running. The wing’s footwork and pace unsurprisingly gets the attention, but he is also strong under the high ball and solid in defence, making him the complete player. It means he takes the place from Teddy Thomas, who has struggled since the restart but shone in the pool stages for Racing 92, and Clermont Auvergne’s Damian Penaud.

13 Virimi Vakatawa (Racing 92): There were plenty of contenders for the outside centre slot, with Sofiane Guitoune (Toulouse), Henry Slade (Exeter Chiefs) and Garry Ringrose (Leinster) all having good tournaments, but there was only one man who could be selected and that was the talented France international. Vakatawa was utterly outstanding for Racing as they reached the final and was also their biggest threat in the showpiece event. A win for the Parisians and the 28-year-old would have been named European player of the year, but it wasn’t to be for either him or the club.

12 Pita Ahki (Toulouse): The performances of Ahki may have gone under the radar for some, with Cheslin Kolbe, Romain Ntamack and later Antoine Dupont the talk of the town, but the former New Zealand U20 star was excellent for Les Rouge et Noir. The centre knits the backline together with his excellent passing range and sound decision-making, while he is also very solid in defence. He had tough competition from Clermont Auvergne’s George Moala, but Ahki takes the position.

11 Tom O’Flaherty (Exeter Chiefs): It is Exeter’s way to take relative unknowns and turn them into stars and that’s what they’ve done with this 26-year-old. O’Flaherty spent much of his early rugby career in Wales before joining Exeter in 2017 and has gradually become a key part of the squad. It has been a slow process for the wing but he cemented his place in the squad during the 2019/20 season and starred in Exeter’s run to the title. Leinster’s James Lowe and Gloucester’s Ollie Thorley were the next best.

10 Finn Russell (Racing 92): This was a tough selection with Joe Simmonds (Exeter Chiefs) and Romain Ntamack (Toulouse) both playing well, while Ross Byrne and Johnny Sexton dovetailed superbly for Leinster, but Russell lit up this Champions Cup tournament. Yes, he has his foibles, which can hamper the team, but in many ways the Scotsman is the heartbeat of the Racing side. They wouldn’t have reached the final without Russell and they certainly wouldn’t have got so close to Exeter Chiefs in the showpiece event if the 28-year-old wasn’t there.

9 John Cooney (Ulster): It’s all gone rather wrong for the Irish scrum-half since the restart. Out of the international reckoning and struggling to hold down his starting place at the province, it is therefore easy to forget that Cooney was probably the best player during the pool stages. He was superb during the round-robin phase as the Belfast-based outfit qualified from a tough group, which included Clermont, Bath and Harlequins, and duly deserves his place in the XV. Richard Wigglesworth was superb when he played for Saracens and Antoine Dupont was his typical excellent self in the colours of Toulouse, but he only featured in Europe twice prior to lockdown.

8 Sam Simmonds (Exeter Chiefs): Caelan Doris of Leinster, Ulster’s Marcell Coetzee and Alex Dombrandt of Harlequins all impressed at various stages of the tournament but Simmonds played consistently well and was rightfully crowned EPCR European Player of the Year. His enterprising attacking play was a big part of Exeter’s success and he was rewarded with eight tries to finish as the Champions Cup’s top try-scorer. The England international proved to be a good link between Exeter’s forwards and backs and also showed his class on defence throughout.

7 Josh van der Flier (Leinster): Although Leinster were knocked out in the quarter-finals, it wasn’t through a lack of effort from the 27-year-old, who came to the fore with several superb performances for the Irish province. His defensive breakdown work was a thing of joy and his decision-making in that department was particularly impressive. Van der Flier also impressed as a ball carrier and comes in ahead of Exeter’s Jacques Vermeulen, Jack O’Donoghue of Munster and Lewis Ludlam of Northampton.

6 Dave Ewers (Exeter Chiefs): This was a difficult choice as there were few candidates who produced the goods on a consistent basis but Ewers gets the nod after doing just that, especially during the latter stages of the tournament. His uncompromising style of play, in which he puts in plenty of effort in fulfilling the enforcer role for Exeter, set a platform for his flashier team-mates to shine with his defensive work, especially at close quarters, one of his strengths.

🏆 What an incredible #HeinekenChampionsCup final that was!

5 James Ryan (Leinster): Another Leinsterman who emerged with his reputation intact despite his team’s exit in their quarter-final at home against Saracens. That game saw Leinster coming back strongly in the second half after being outplayed in the opening period and Ryan was amongst those at the forefront of that fightback. Throughout the tournament he shone in the lineouts and was a willing ball carrier but also impressed on defence. Toulouse’s Joe Tekori and Jonny Hill of Exeter Chiefs also had fine tournaments.

4 Iain Henderson (Ulster): This was another tough choice as Rory Arnold (Toulouse), Jonny Gray (Glasgow Warriors and Exeter Chiefs) and Maro Itoje (Saracens) also played well but Henderson gets the nod after several fine performances for the Irish province. He took over Ulster’s captaincy – after Rory Best’s retirement – at the start of the season and led from the front as his team qualified from a tough pool for the knockout rounds. Impressed with his lineout work while his physicality on attack and defence also caught the eye.

3 Charlie Faumuina (Toulouse): The burly All Black missed some of Toulouse’s matches but, when he did play, he proved to be invaluable to their cause. Faumuina shone in the execution of his core duties, especially his scrummaging which was always of a high standard. He also gained ground regularly as a ball carrier and made an impact on defence with some big hits. The Leinster duo of Tadhg Furlong and Andrew Porter as well as Saracens’ Vincent Koch and Harry Williams of Exeter also impressed.

2 Luke Cowan-Dickie (Exeter Chiefs): He started on Exeter Chiefs’ replacements bench during the tournament’s early stages, with Jack Yeandle preferred to him, but the England international cemented his place in the starting line-up when the latter got injured towards the end of last year. Cowan-Dickie made his mark in the tight and loose, especially his throw-ins at the lineout which was solid throughout. Scored a well-taken try in Saturday’s final and his direct duel with Racing 92’s Camille Chat was one of the highlights of that game. Chat and Julien Marchand of Toulouse were also amongst the standout hookers during the tournament.

1 Mako Vunipola (Saracens): The England front-rower’s high workrate was a standout feature of his game and played a big part in Sarries’ campaign which came to an end in the semi-finals when they lost narrowly to Racing 92. The 29-year-old improved as the tournament progressed and was at his best by the time of his team’s exit. Gave his all in the scrums and regularly emptied the tank with outstanding defensive work while also impressing with ball in hand.