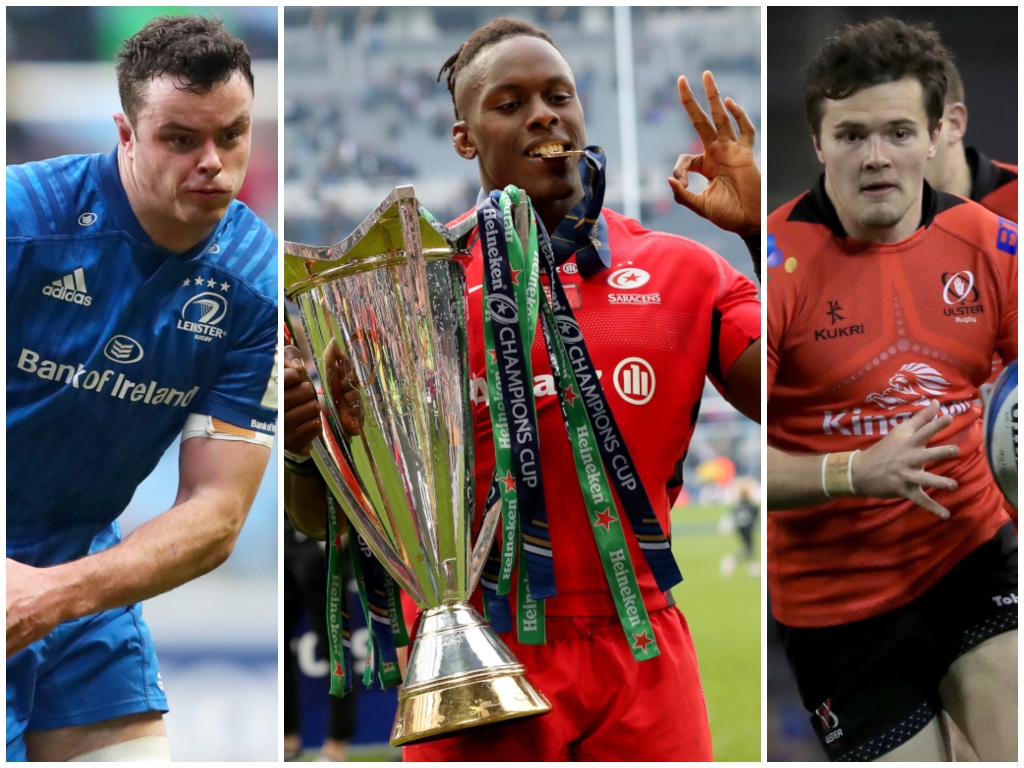 Now that the dust has settled on the Champions Cup, we have sat down to select our standout players from the 2018/19 European campaign.

After winning their third title, Saracens lead the way with four nominations, while Leinster, Toulouse and Edinburgh are also well-represented.

Champions Cup Team of the Season

15 Alex Goode (Saracens): Questions were once again asked of England boss Eddie Jones after the full-back was named European Player of the Year following another outstanding season in the Champions Cup. Goode hasn’t played for the Red Rose since 2016 but continues to impress at the highest level of the club game. Thomas Ramos had a superb campaign for Toulouse but Goode was the clear leader for this position. His decision-making, balance and creativity was excellent as Sarries claimed a third title.

14 Cheslin Kolbe (Toulouse): Liam Williams and Darcy Graham have both had wonderful seasons for Saracens and Edinburgh respectively, but Kolbe was the talk of Europe during the group stages. His incredible footwork and acceleration has helped Les Rouge et Noir get somewhere near the great sides that graced the European game in the 1990s and 2000s. The South African was superb, particularly early in the tournament, and was almost impossible to stop during the first six rounds.

13 Sofiane Guitoune (Toulouse): Garry Ringrose (Leinster) may have been on the initial 15-man shortlist for European Player of the Year, while Ulster’s Will Addison was also impressive when fit, but Guitoune was consistently impressive in a potent Toulouse backline. He scored four tries in eight matches, helping Les Rouge et Noir reach the semi-finals for the first time since 2011.

12 Brad Barritt (Saracens): Always excels in Sarries colours and was especially influential in the knockout stages. Had an excellent game in the quarters before going off injured late in the second period and, although he only lasted until the break in the last-four, the centre helped lay the platform for that victory over Munster. Then, in the showpiece event, Barritt was simply exceptional. Led their defensive effort, making a game-high tackles without missing any, as Saracens continually stopped Leinster on or behind the defensive line.

11 Jacob Stockdale (Ulster): Despite the wing’s faux-pas in the quarter-finals, where he dropped the ball in the act of scoring, the Northern Irish province would not have reached the last-eight without the Ireland international. Stockdale touched down twice in seven games, making him joint top try-scorer alongside Sean Cronin, with his double against Racing 92 a particular highlight. James Lowe may have got in but did not play in three of the matches due to the ‘non-European’ player rule, which prevented Leinster from including Lowe, Jamison Gibson-Park and Scott Fardy in the same squad.

10 Finn Russell (Racing 92): Several contenders for this position with Owen Farrell (Saracens) Johnny Sexton (Leinster) and Joey Carbery (Munster) all having fine tournaments, but we’ve gone for the Scottish international, who was the standout fly-half in the pool stages. His performances helped the Parisians finish top of their group after securing five victories in six matches, which saw them touch down 26 times.

9 Antoine Dupont (Toulouse): Makes Les Rouge et Noir tick with an outstanding passing and running game. Very strong, despite his stature, and is a constant threat around the fringes, while he is one of the best support runners around. Scored five tries, which is testament to those qualities mentioned, and also slotted in at fly-half impressively when Zack Holmes was sent-off against Racing in the quarter-finals. Ulster’s John Cooney had a fine competition, with his control and kicking game helping the Northern Irish get out of their group, but Dupont deserved his place in the XV.

8 Viliame Mata (Edinburgh): Jack Conan continues to impress for Leinster and Billy Vunipola was outstanding in the knockout stages but there was no particular contest at number eight as Mata dominated the group games. Mata was a one man highlights reel with his run and off-load for James Johnstone’s try against Toulon the pick of his outstanding contributions. Was allowed to roam by Richard Cockerill and was hugely difficult to stop, even during Edinburgh’s quarter-final defeat to Munster.

7 Hamish Watson (Edinburgh): Has become one of the best flankers in the world. He dominates the contact area and is also a superb ball-carrier. Although Watson is not necessarily the biggest, he is very dynamic and strong, allowing him to break tackles and get his side on the front foot. Elsewhere, Jackson Wray had a superb competition, whether at six, seven or eight, but played the knockout stages exclusively at openside and shone.

6 Maro Itoje (Saracens): Lock is his best position but played plenty of this tournament at blindside and was typically excellent throughout. Annoys opposition players and fans alike with some of his antics, but that aggression is what makes him such an effective player. That was in full effect as Sarries claimed their third Champions Cup title as he outplayed opposite number Scott Fardy in the final, who otherwise had an excellent competition for the Dubliners.

5 James Ryan (Leinster): Continues to go from strength to strength as a player as Ryan got through a mountain of work during this campaign. A solid line-out option who offers plenty with and without the ball, making tackles galore in tireless outings for his side. Leone Nakarawa deserves a mention after another box office European campaign in Racing 92 colours but it’s Ryan for us in this slot.

4 Tadhg Beirne (Munster): Will Skelton has found a new lease of life this season as the weight has fallen off him and he looks fitter than ever. That was evident in the closing stages of the campaign but unfortunately for him his form wasn’t enough to see him oust Beirne for our number 4 spot. The Munster forward was a nuisance at the breakdown and consistently shone for the semi-finalists.

3 Tadhg Furlong (Leinster): Nominated for the Player of the Year gong after another high level European campaign for Leinster, the Ireland tighthead was solid throughout and gets the jump over Toulouse’s Charlie Faumuina for this spot. Furlong once again showed his solidity at the scrum and was a carrying force in the loose so can be proud of his performances. Titi Lamositele deserves a mention.

2 Jamie George (Saracens): It was a two-way battle between George and Sean Cronin of Leinster, who finished joint top of the try-scoring charts on six crossings. George though sneaks in after the stronger performances over the knockout stages, with his set-piece and work around the field seeing him get the nod here. He seems to have grown as a player and leader in the Saracens pack this year.

1 Cian Healy (Leinster): While Mako Vunipola was included in the five-man shortlist for the Player of the Year prize, we just felt Healy was the more consistent loosehead prop throughout the campaign. His form has seen him usurp Jack McGrath in Leinster’s pecking order, which is an achievement in itself, as he has enjoyed something of a renaissance this season for both province and country.