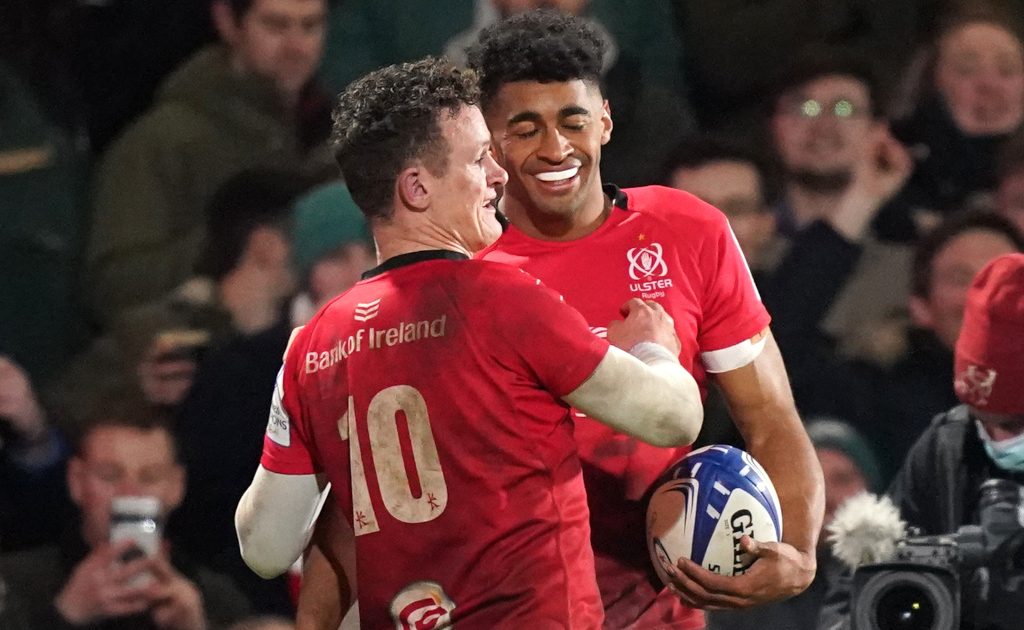 Title holders Toulouse were reduced to 14 men and then saw Ulster’s Robert Baloucoune score a hat-trick as they succumbed 26-20 in a stunning Champions Cup clash on Saturday.

Les Rouge et Noir had opened the match impressively thanks to Emmanuel Meafou’s try, but Juan Cruz Mallia was sent off for taking Ben Moxham out in the air.

It was a stonewall red card and it cost Ugo Mola’s charges as the Irishmen superbly took advantage of the extra man. Baloucoune duly levelled matters with his first of the afternoon and they continued to create opportunities after that.

Although the hosts battled hard and went into the break 13-7 ahead thanks to a pair of Thomas Ramos three-pointers, Ulster’s pressure eventually told.

The Ireland international wing went over to reduce the arrears before Andrew Warwick took the visitors in front going into the final quarter.

Toulouse then started to force matters a little bit too much and the visitors benefited when a rare Antoine Dupont effort allowed Baloucoune to scamper in for a well-deserved hat-trick.

A final surge from the French team resulted in a late try for Romain Ntamack but they have a lot of work to do in Belfast next weekend if they are to remain in the Champions Cup.

Out-of-touch Toulouse headed into the match on the back of three wins from their past 11 outings, but with seven of France’s Grand Slam-winning internationals in their ranks.

And Meafou’s seventh-minute try proved they were not about to give up their title easily.

Even after Mallia was sent off, they refused to shut up shop and repeatedly stretched the Ulster defence to breaking point without being able to find the killer touch.

But two Ramos penalties – the second on the stroke of half-time – gave the Top 14 side a 13-7 lead at the break.

Neither side was willing to let up the frantic pace in the second half.

Five minutes in, after some fine work from the pack, the ball was spun wide – where Baloucoune was lurking in far too much space. John Cooney missed the conversion, which kept Toulouse in the lead by a point.

Toulouse thought they had increased their advantage in spectacular style minutes later as Matthis Lebel dotted down after Ntamack’s break almost the length of the pitch away. But they were called back for a knock-on and just the second scrum of the match. The first had come in the 39th minute.

Warwick’s touchdown, converted by Cooney, took Ulster into the lead for the first time.

And Baloucoune’s third – which the increasingly vocal and angry crowd were convinced was offside – was enough to settle the matter, despite Ntamack’s late score and Ramos’ break deep into Ulster territory from the following kick-off.