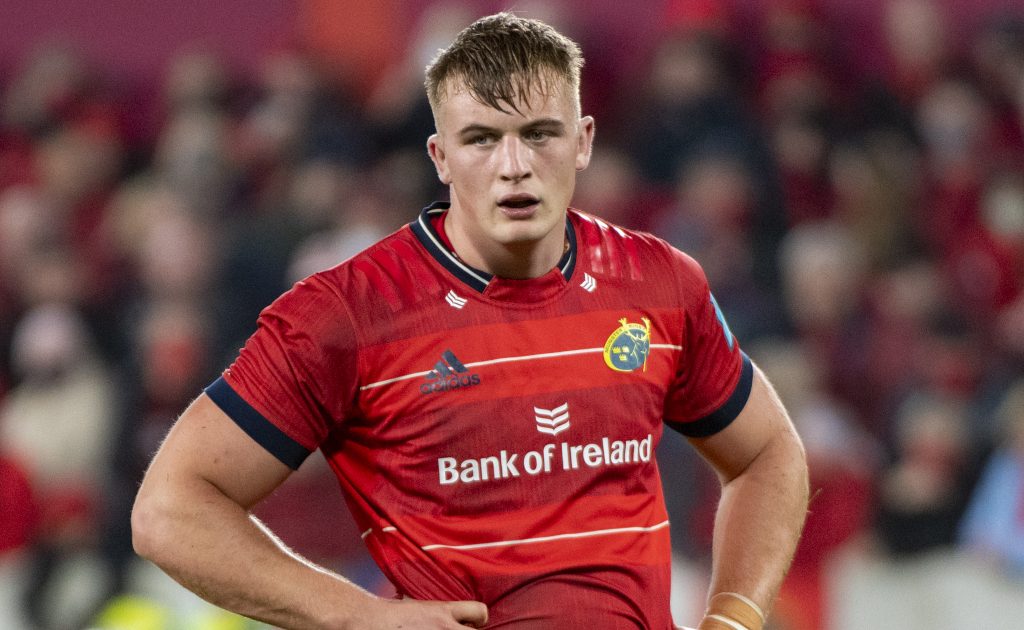 Munster head coach Johann van Graan praised his troops after their come-from-behind success over Castres on the road in the Champions Cup on Friday.

The Irish province made it three victories out of three in Europe with a hard-fought 16-13 triumph at the Stade Pierre-Fabre that saw plenty of kicking.

Number eight Gavin Coombes scored in the 78th minute to seal the win that ensured qualification to the knockout phase of the competition for Munster.

“You don’t just come here and win,” Van Graan said. “We spoke about an 80-minute performance and we certainly got that.

“Everybody gave it their all and we’re very happy with the four points.”

Despite being an 80-minute performance, it was not a perfect one, van Graan admitted. He said: “We had one or two uncharacteristic errors with the lineout five metres from their line – one in the first half and one after 70 minutes.

“You have to give credit to Castres’ defensive lineout as well. They took a chance – not a lot of teams contest five metres out… and one or two balls went to ground in the 22, but I thought from a performance point of view it was impressive stuff.”

And he heaped praise on match-winner Coombes, describing him as “a massive part of our group”.

He said: “I thought he was phenomenal tonight.”

Now qualification is assured, the focus shifts to next weekend’s final pool match against Wasps at Thomond Park.

“We only had our focus on Castres tonight – this was a really good result for us. We are three from three in Europe,” Van Graan said.

“We play next Sunday, which gives us a nine-day turnaround, so we’ll take the three days and recover – it was a short, six-day turnaround from our previous game against Ulster.

“We’ll regroup and look at our resources – obviously, in this competition, if you’re good enough to go further, home advantage is crucial.

“We’ve put ourselves in a really good space, so it’s a massive game for us against Wasps next Sunday.”

Castres coach Pierre-Henry Broncan admitted: “This defeat against Munster is hard, but we will go back to work on Monday to prepare for the trip to Harlequins.”

Despite the defeat, he had nothing but praise for his squad, adding: “I take my hat off to my players. I congratulated hooker Brice Humbert in front of the group.

“A few months ago, he was on the verge of signing for a Federale 1 side and today he played 60 minutes against Munster.

“We also had two medical jokers on the pitch – in Jack Whetton and Mateaki Kafatolu – and it looked like they had been playing for Castres for 10 years. We may change our squads [but] they are always fighters and that’s a great thing.”