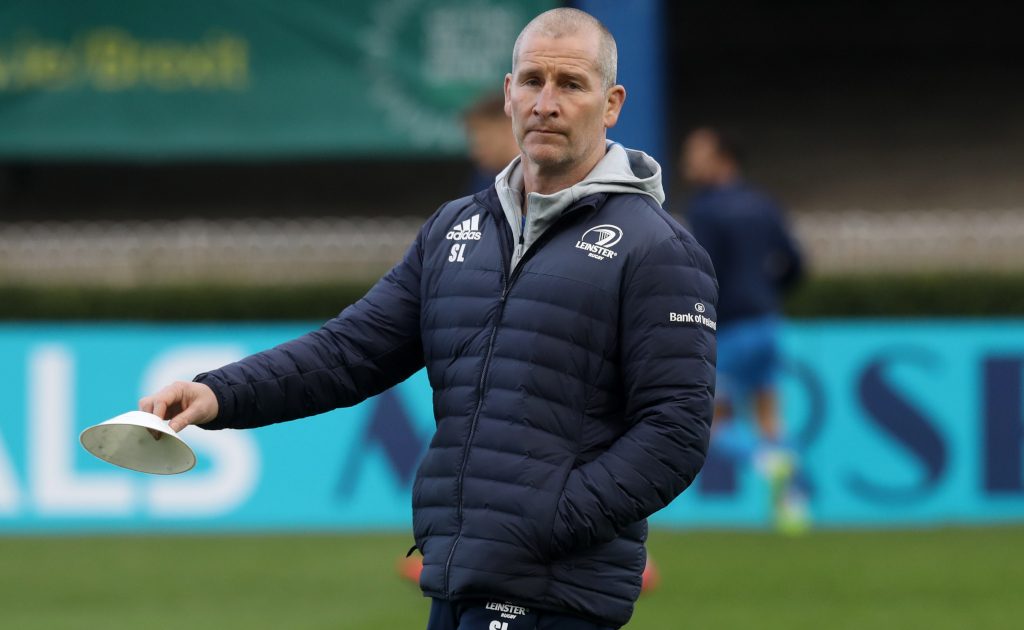 Leinster senior coach and former England boss Stuart Lancaster says he has the “ultimate” respect for Connacht as they look ahead to their Champions Cup round of 16 double leg clash over the next two weeks.

The United Rugby Championship leaders will go into the clash as favourites after another great season that sees them sitting 10 points clear on the table.

However, Lancaster understands what drives underdogs such as Connacht and maintains respect for their opposition.

“When I first came over it reminded me of where I grew up in terms of the rural nature of the area and they’ve got the passion of the people, the uniqueness of the Sportsground and everything else and I’ve nothing but respect for them,” said Lancaster.

“My first week in Leinster was analysing what was then the PRO12 final and Connacht had beaten Leinster to do that.

“They’re hugely passionate about their area and rightly so, and they’re really well coached. Their attacking plays, their attention to detail, the commitment of the players is second to none.”

Lancaster referenced Connacht’s matchup with Leicester and said the Premiership leaders’ struggles to beat the Irish side underlines their strength.

“I know Leicester pretty well and I know how hard it was for Leicester to beat Connacht in both games,” he said.

“It gives you a mark of how strong we believe Connacht are and on their day, how dangerous they are.

“Leicester are the top team in the Premiership – they’ve only lost three games, having played 21, and they struggled on both occasions to beat Connacht.”

Earlier this season, Connacht held Leinster to a slim 12-7 lead before the Dublin-based side ran away with the game to a 47-19 win.

“I don’t think anyone who played in that thought it was an easy game at all,” Lancaster said.

“You can multiply that by 10 in a Champions Cup play-off in Galway.”

Their last meeting does not indicate how the next encounter will go in the eyes of Lancaster, and he sees Connacht as a different side.

“Everyone keeps talking about us going there and doing this, but they’re a completely different team looking at how they played against Treviso,” he added.

“Bundee Aki is likely to come back in so it will be a different team that we’ll face for a whole variety of reasons.

“It’s the first time Connacht have been here so it’s a huge occasion for the club and the people.”

Johnny Sexton will be available for selection along with fellow Irish internationals Andrew Porter and Ronan Kelleher, boosting the already strong Leinster stocks.

“It’s certainly one step at a time,” added Lancaster.

“The danger is you start looking too far ahead and you think you’ve done something when you’ve not actually done anything at all.”