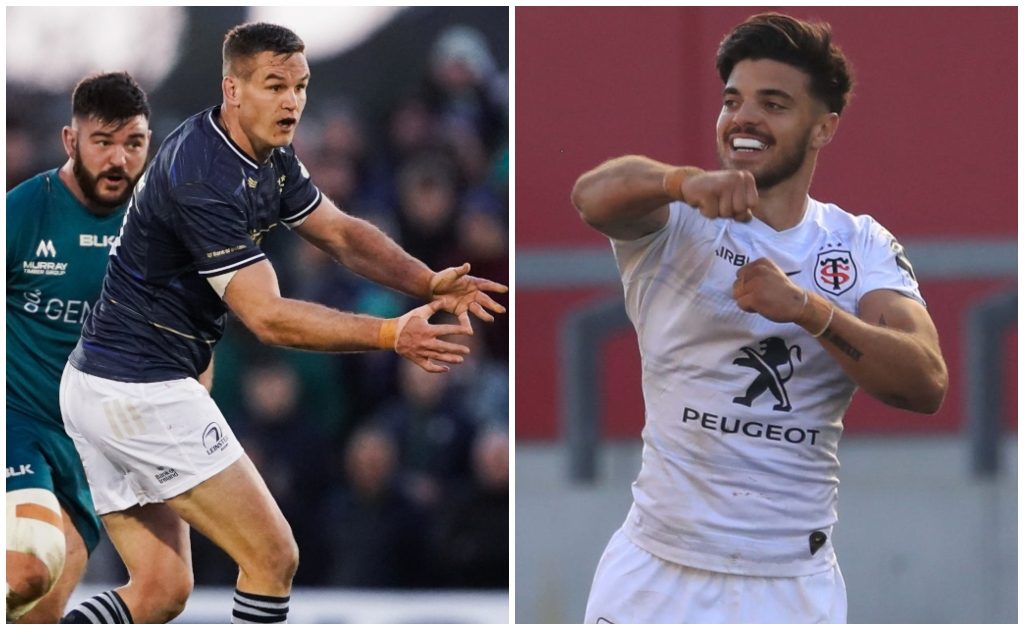 The Champions Cup semi-finals kick off on Saturday with one game and it should a cracker as Leinster take on Toulouse at the Aviva Stadium.

Dublin will again be rocking but this weekend it is the turn of Leinster to meet Toulouse in what promises to be another absorbing occasion in Ireland.

Due to their form, strength, freshness and home field advantage, Leinster are favourites to progress to the final but Le Rouge et Noir can’t be written off.

One change to Leinster squad

Leinster boss Leo Cullen has made one change to the matchday squad that conquered Leicester Tigers in England last weekend with Ciarán Frawley coming in ahead of Tommy O’Brien on the replacements bench.

Former Ireland U20 captain O’Brien sadly suffered an ACL injury this week ruling him out of the remainder of the campaign and beyond.

In the starting XV, wing Jimmy O’Brien will make his 50th appearance for the province as part of a back three that also contains Hugo Keenan and James Lowe.

As do Ross Molony and James Ryan, who came through his return from injury with no issues last weekend.

Caelan Doris, Josh van der Flier, a try-scorer against Leicester, and Jack Conan are once again Cullen’s choice in the back-row.

Frawley is the one change on the bench with last week’s European debutant Joe McCarthy holding onto his spot. Long-serving prop Cian Healy is in line for his 99th appearance in the competition should he be introduced.

Meanwhile, Toulouse have made one change to their backline as Juan Cruz Mallía comes in for Dimitri Delibes on the right wing for the reigning champions.

Elsewhere in the backs it’s as you were as Antoine Dupont and Romain Ntamack look to dominate the half-back battle, with Pita Ahki an outstanding centre.

Up front there is a start for Cyril Baille at loosehead prop and Anthony Jelonch at number eight, with Francois Cros shifting to the flanker spot in Dublin.

One notable addition to the bench sees Zack Holmes given the number 23 jersey, with veteran Maxime Medard missing out this week for the semi-final clash.