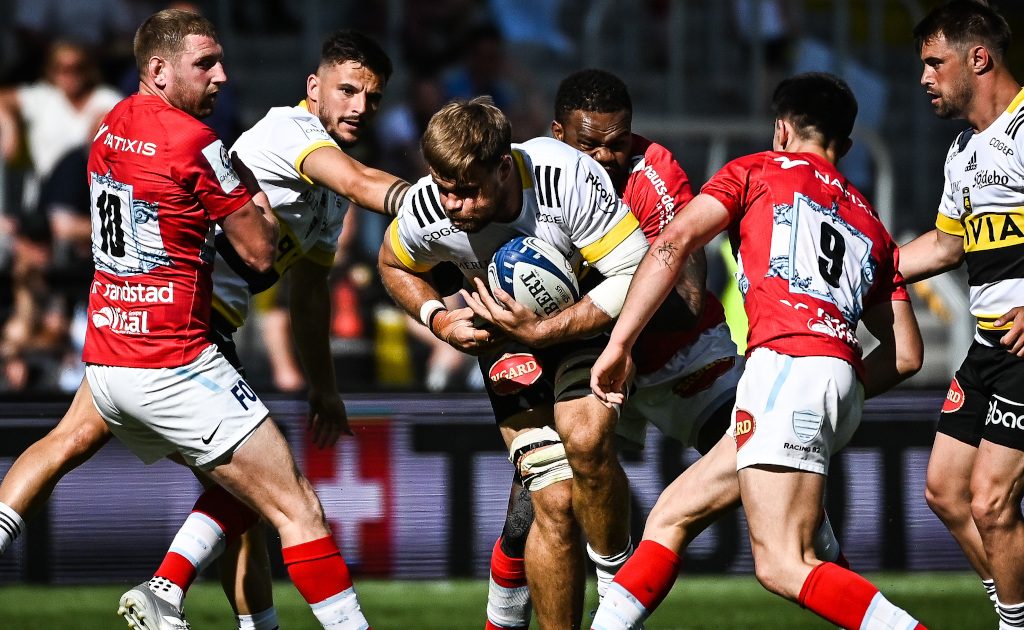 La Rochelle will face Leinster in this season’s Champions Cup final after they edged past Racing 92 in Lens, winning 20-13 on Sunday.

A score towards the end of the first half from Gregory Alldritt, a penalty try and a late Ihaia West crossing helped Ronan O’Gara’s charges to victory.

For Racing their points came via a Virimi Vakatawa try on 26 minutes and Nolann Le Garrec’s boot, with the penalty count not helping their cause.

Leinster now lie in wait in a fortnight’s time at the Stade Velodrome in Marseille after La Rochelle staged a comeback to get the better of their fellow French side.

Le Garrec opened the scoring for Racing with an early penalty and they scored the first try of the game when Vakatawa found a gap in the defence to touch down. Le Garrec added the extras.

La Rochelle worked their way back into the game and West’s penalty and Alldritt’s try made the score 10-8 at the break in Lens.

A Le Garrec penalty added another three points for Racing 10 minutes into the second half, but La Rochelle took the lead in the 53rd minute after being awarded a penalty try, with Racing’s Cedate Gomes Sa sent to the sin bin.

West, who had an off day with the kicking tee, cemented his side’s spot in the final with a try in the 80th minute to spark celebrations in the La Rochelle camp.