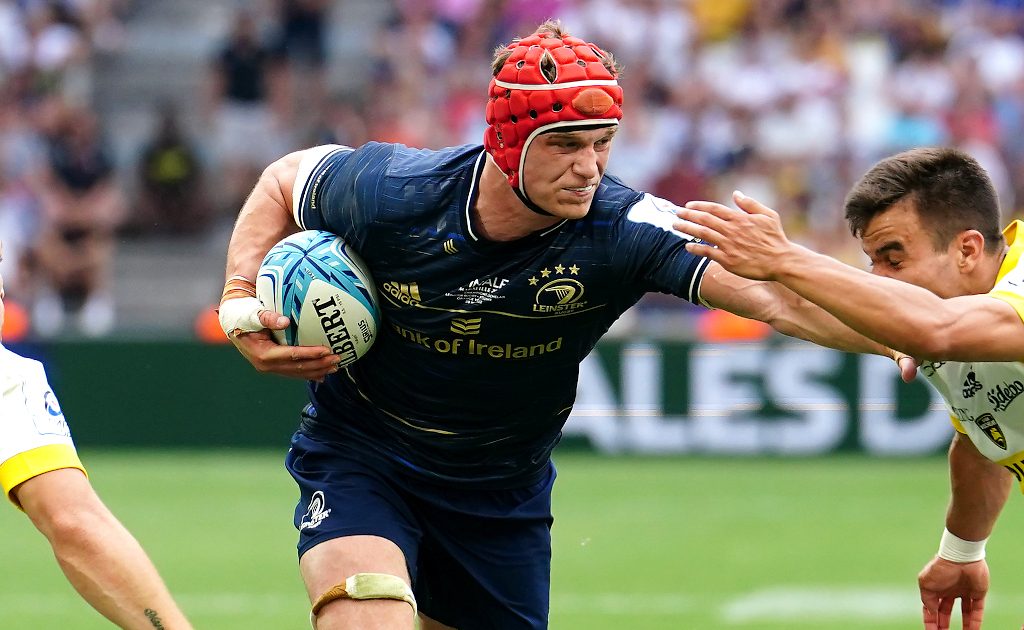 A painful defeat in the Champions Cup final was softened slightly for Josh van der Flier after he was crowned the EPCR European Player of the Year.

Van der Flier, who found himself on the losing side at the Stade Velodrome in Marseille as La Rochelle prevailed, has been outstanding this term.

The Ireland back-row made the most tackles in both the final and tournament as a whole and was equally superb with ball in hand, with six tries.

“He’s an incredible character and he’s been outstanding all year,” Leinster head coach Leo Cullen told the EPCR’s official website about his player.

“Very dedicated in everything that he does. Meticulous in his preparation.

“[He’s a] great model for our younger guys as well, just the way he goes about his week. His mindset is to always improve.

“He had an ACL injury in the [2018] Six Nations campaign. All the work that he would’ve done off the field, talking to different people that have had ACL injuries.

“[Talking to] some of the best back-rowers that he could find out there in the world as well and trying to add bits to his game.

“He’s a great individual, Josh, and he’s had a fantastic season. He came up with a lot of big moments, even [in the final].

“Unfortunately, he didn’t quite get the team prize but it’s a nice honour for him from an individual point of view.”