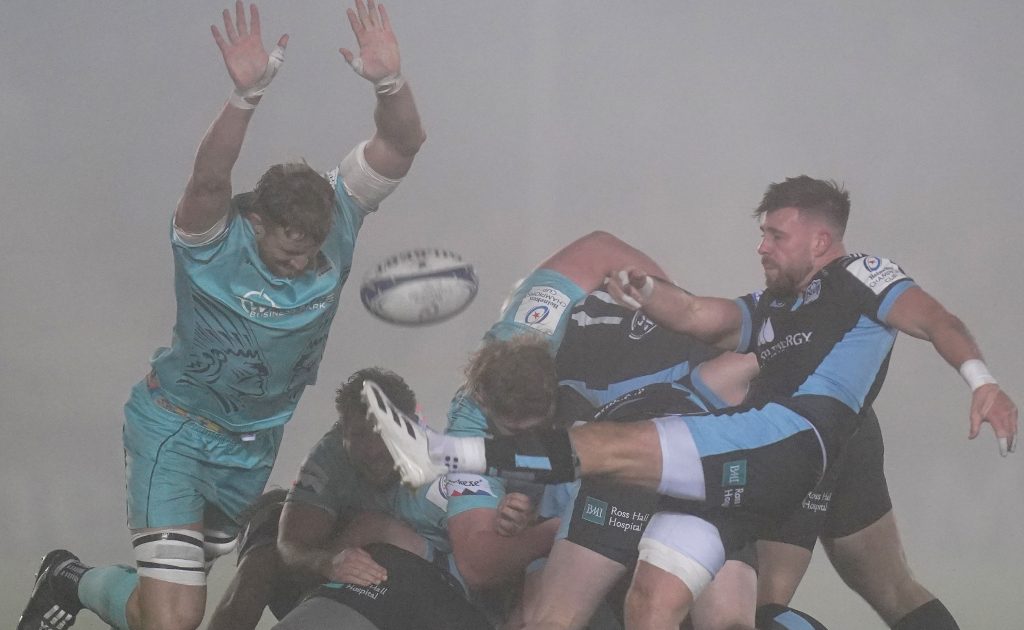 Glasgow Warriors head coach Danny Wilson has rallied his troops as they look to do the double over Exeter Chiefs in the Champions Cup on Saturday.

The two teams will clash at Sandy Park less than a month after the Warriors beat the Chiefs 22-7 at Scotstoun, with Wilson keen for them to repeat that victory.

“After a good result on the weekend (against Ospreys) and a good week’s training, we are really looking forward to resuming our European campaign,” he told Glasgow’s website.

Go up another level

“After a good performance at home against Exeter, we know we’ll need to go up another level to beat them at Sandy Park.”

Wilson has made just one change to the team that claimed a bonus-point victory over the Ospreys last weekend, with Jack Dempsey returning to the back-row.

Ryan Wilson, meanwhile, could become only the second player in Glasgow’s history to make 200 professional appearances if he gets off the replacements bench.

Wilson added: “There is an added motivation with Ryan being involved in his 200th game for the club. It’s a massive milestone and something we have talked about a lot this week.”

Glasgow wing Cole Forbes is relishing playing in front of supporters at Sandy Park after his team had to play their match against the Ospreys behind closed doors after crowd restrictions were imposed for three weeks by the Scottish Government in a bid to slow the latest wave of Covid-19.

Forbes said: “It was a bit of a shock against Ospreys because you could hear everything in the stadium and you kind of have to build your own energy.

“A crowd makes a huge difference. Usually when there’s a period when the game is going your way, you get a roar and a bit of energy from the crowd, but on Saturday we had to make our own energy and big the forwards up after a good scrum and things like that.

“A crowd makes a bigger difference than you realise, so it will be good to have fans in the stadium at Exeter and hopefully there will be a few away supporters to give it a bit of an edge.”

Forbes is braced for a tough test, adding: “We’ve had two big wins either side of the break (caused by a Covid outbreak), so we’ll have good confidence going into this one, but we know going away to Sandy Park is a whole other kettle of fish.

“We’re going to have to up our game from last week because Exeter will want to come back from the loss they had against us at Scotstoun. We know it’s going to be even tougher down there than it was the last time we faced them.”

Northampton Saints director of rugby Chris Boyd has been given a two-game coaching ban after a misconduct charge for disrespecting referee Adam Leal was upheld.

Boyd commented that Leal “didn’t have enough nuts” after the referee refrained from sin-binning a Saracens player at scrum-time in Saints’ 30-6 loss at Franklin’s Gardens.

He accepted the charge of bringing the game into disrepute at a disciplinary hearing staged on Thursday evening and it was decided the offence was one of disrespect rather than verbal abuse of the official.

A two-match suspension was issued, meaning that Boyd can only attend the Ulster and Racing 92 games as a spectator and must not perform any coaching duties on the day.