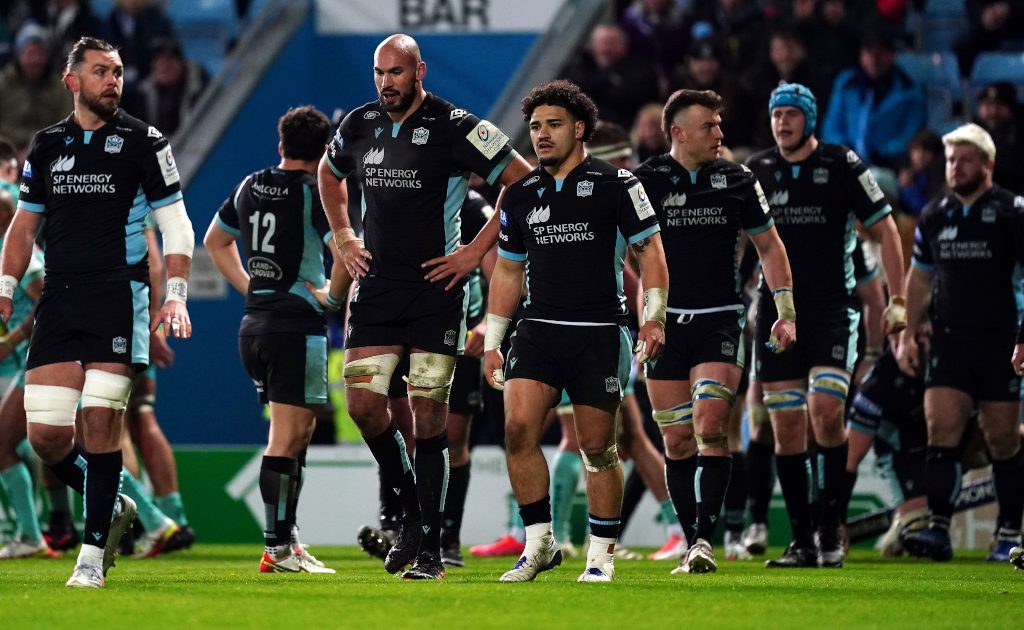 Glasgow Warriors fly-half Ross Thompson has backed his team to bounce back from their heavy defeat to Exeter Chiefs in the Champions Cup on Saturday.

The Warriors fell apart in the second period as they eventually went down 52-17 to the Chiefs at Sandy Park, with the hosts running in eight tries in the fixture.

Defeat means that a triumph over La Rochelle at Scotstoun next weekend is key to Danny Wilson’s side’s chances of reaching the last-16 of the tournament.

We can turn it around

“From a personal angle, we didn’t play the game in the right areas throughout the game,” fly-half Thompson told Glasgow Warriors’ website after the negative.

“That’s one that we as half-backs should be controlling and that’s something that I’ll hold my hand up and accept responsibility for.

“As a team, we know that performance wasn’t reflective of who we are as a group.

“We demand more of ourselves and that starts this week. We’re a team that pride ourselves on reacting well.

“We’ve had these blips in the last year as we grow and develop as a squad and we always go away, work on what we need to work on and come back stronger.

“We know we can turn it around and I have no doubt we’re capable of turning it around again.”

Thompson believes a packed Scotstoun next week – where fans are now allowed back in after the relaxation of government Covid-19 attendance rules – can make the difference.

He said: “The Warrior Nation are going to be huge for us next week, as they always are.

“Their support gives us that extra lift in the key moments and it’s a match that is going to hinge on those key moments.

“Next weekend is a massive match for us. We know a place in the last 16 is still within our control, so we want to go out there and get the win that will get us through if results go our way.

“They just got the better of us over there, so it’s a chance for us to bring them over to Scotstoun and have a real crack at them.”

Meanwhile, Exeter Chiefs boss Rob Baxter was delighted with the performance of his team after they thrashed Glasgow Warriors in the Champions Cup.

The Englishmen have struggled for form this season and succumbed 22-7 to the Warriors in the reverse fixture, but they completely dismantled the Scottish outfit in the second period on Saturday.

They scored 38 unanswered points to claim a 52-17 triumph which moves them closer to a place in the European knockout stages.

“You saw that emotional alignment in the team,” Baxter said.

“We had a relatively basic game plan around creating pressure, going to the corner and creating as many five-metre opportunities as we could. We wanted to keep going and build our game around it.”