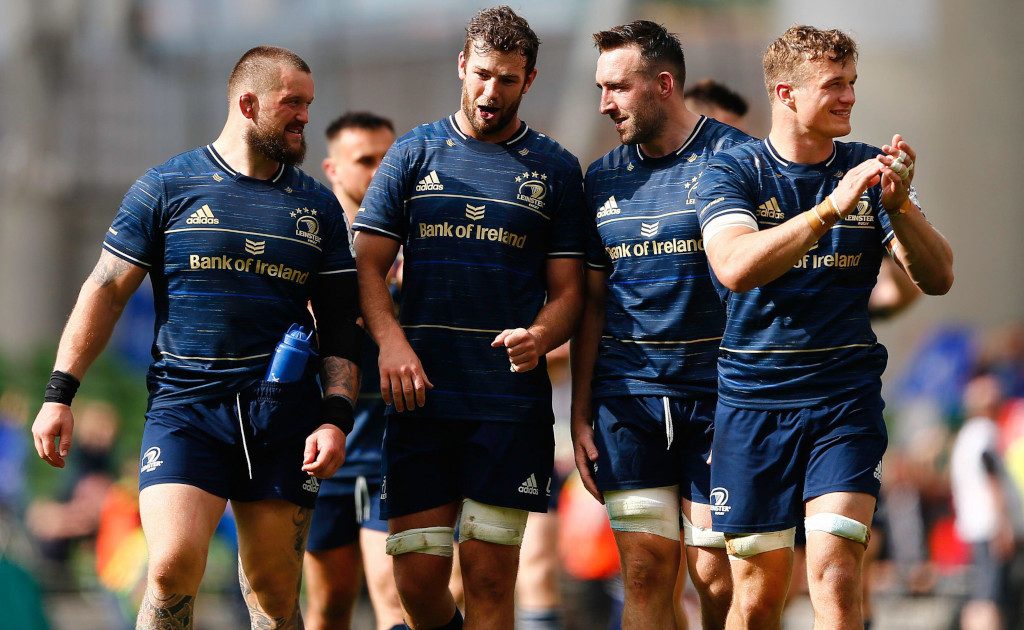 Following the semi-final action in the European Champions Cup, as well as the Challenge Cup, here’s our five takeaways from a memorable weekend.

Three French teams and one Irish side remain in the 2022 Champions and Challenge Cup after a frenetic weekend of semi-finals in Europe.

Only Leinster can threaten the French domination of this year’s campaign as they put in the performance of the weekend to thrash the holders Toulouse 40-17 at a packed Aviva Stadium, with Johnny Sexton delivering a masterclass in fly-half control that belies his 36 years.

With La Rochelle spluttering and stuttering to beat an equally unimpressive Racing 92, the title is all but Leinster’s and the Yellow Army will have to take their game up a notch to get close to the total rugby of the Dubliners.

Elsewhere, Toulon’s disposal of Saracens will have rocked the Premiership giants, whilst Wasps have only themselves to blame as error after error compounded to see them lose in Lyon, where Leo Berdeu recorded 15 points for the hosts.

The two finals of this year’s EPCR Champions and Challenge Cup is a reflection of the strength of French and Irish rugby, and on the flip side, the continued decline of the British clubs, which must be a concern for all involved.

In 1972, the great coach Jim Greenwood wrote the finest coaching book in the history of rugby. Now in its 15th reiteration, Total Rugby is a blueprint for the way the game should be played – a fusion of power, pace and precision and a book that Stuart Lancaster regularly name checks.

50 years on, Leinster are delivering Greenwood’s vision in torrents of brilliant rugby. Props that throw out 30m passes, back-rowers with the pace and footwork of centres and backs that tackle like world-class opensides. They are the complete side and the only perceivable weakness is a marginal question mark over the scrummaging of their pack.

Best of all, for the neutral they’re a feast of excitement to watch; waves of attack in both structured and unstructured situations, fearless running and two half-backs that boss every other pair (even Dupont and Ntamack) that they come across.

Saturday’s win versus Toulouse was the culmination of a vision set three years ago – one hurdle remains in their way and very few would bet against them becoming Champions Cup victors in a fortnight’s time.

Considering the quality of rugby and the stage of the competitions, watching the La Rochelle v Racing 92 match with swathes of empty seats in a makeshift stadium in Lens was particularly disappointing.

The planning around Ed Sheeran’s concert at La Défense Arena seemed to be haphazard and the announcement of the fixture change seemed to be somewhat sluggish, with the use of Lens’ ground announced at far too late a date. There’s also a lack of system for season ticket holders to have these games included within their package, due to the extra overhead of the secondary stadium hire which alienated a number of travelling supporters from both sides, who appeared rightly to vote with their feet and not attend.

The situation was rushed, poorly communicated and poorly organised. The Champions Cup is the marquee event of European rugby and the organisation around this fixture was simply not good enough for an elite semi-final.

In Toulon, Gabin Villiere grabbed all the headlines as he crossed twice for a brace of tries that saw Saracens leave the Challenge Cup.

Parisse might be close to the end of his stellar career but some of the touches he provided were hallmarks of his 20-year journey – his three interventions in Villiere’s first try setting up the flying wing to pile over in the corner.

On the flank, both France and Toulon have missed the huge figure of ‘The Boss’ Ollivon. At his very best, the big Basque is far and away the best blindside in the world and once again, he topped the lineout, carry and tackle stats for his club.

To see one of these back-row giants is a treat for the rugby follower. But to watch both of them combining to power Toulon to a Challenge Cup final was an absolute privilege.

Looking forward to the 2023 EPCR tournaments, we’ve already seen a number of format changes. Gone is the wonderful innovation of the home and away last-16 games, which is a real shame as they were arguably the highlight of the tournament.

Instead, the last-16 will begin on March 31 followed immediately by the quarter-finals beginning on April 7, with the semi-finals starting on the final weekend of April.

With home ground a massive advantage in the final stages, it’s a great shame that the aggregate matches have been scrapped as they were the most talked about fixtures of the season, adding a lovely strategic layer of complexity to the tournament. At the bare minimum, a home/away leg for the semis would be welcomed by all in the game as right now, home advantage is offering far too much benefit to the host teams.