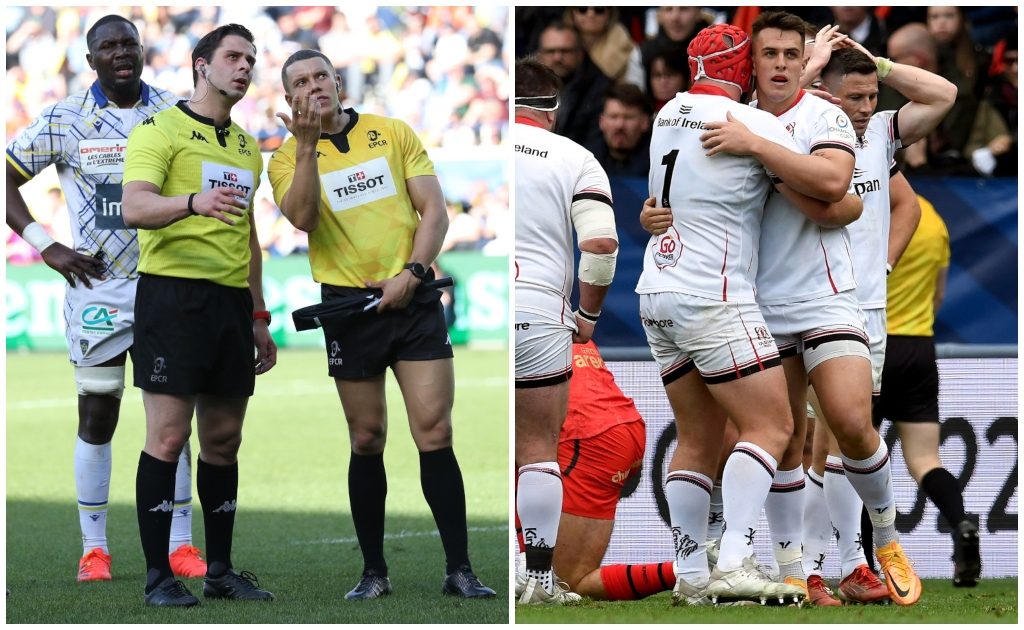 Following the opening legs of the round-of-16 clashes played across Europe, here’s our five takeaways from a memorable Champions Cup weekend.

With the last 16 format a double legged aggregate affair this season, the first round of matches saw a series of great performances away from home. At the top of the list, few might have predicted La Rochelle’s 31-13 demolition of Bordeaux-Begles as Gregory Alldritt yet again reminded us of his offloading and carrying brilliance. Ulster’s win in Toulouse was equally surprising, as the home team looked jaded after a red card incident.

However, the performance of the weekend had to be Leicester Tigers’ rampant showing at Stade Marcel-Michelin; despite losing Guy Porter to a red card, they powered and pummelled their way to a 29-10 victory with Ellis Genge and Tommy Reffell putting in defining performances. The last time Clermont lost to an English side in Europe was against Sale in 2008, when, with delightful symmetry, Tigers replacement scrum-half Richard Wigglesworth started at 10.

With only seven days or so before the teams meet for the second leg, out of this weekend’s hosts, only Montpellier hold anything near a considerable advantage, courtesy of their 40-26 destruction of Harlequins. It’s going to be a stellar weekend of all or nothing rugby.

Although nothing is a given in rugby, the form and style of the French clubs have yet again set a benchmark. Sure, Tigers and Ulster dished out a few Gallic bloody noses this weekend, but generally, the style, defensive systems and big names in continental rugby are setting the standard for all to follow.

Shaun Edwards has set a national agenda for the shape of defence; the speed of blitz, especially that of Montpellier, La Rochelle and Racing 92 caused a lot of sides many issues, providing a speed of defensive challenge that’s not seen in the Premiership.

With the salary cap in the English clubs about to be reduced to almost half that of the Top 14 and Pro D2 clubs, one wonders if now is the time to stop protecting failure at professional level and to allow clubs to grow based upon their own success and monetisation ability. To some of the faithful supporters of the smaller clubs, this might seem hearsay; to those that value producing excellence, it’s the only way forward.

Here at Planet Rugby, we’ve always been huge fans of Zach Mercer. Jettisoned by England in 2018, supposedly down to attitude issues and a lack of physicality at Test level, the number eight fought a lone battle for Bath for a season or so as they struggled. However, a trip to the south of France has rejuvenated this talented player to a level of serious international class. His 60-minute performance against Harlequins and the incumbent England eight, Alex Dombrandt, was sumptuous as he shredded the Quins defence time and time again on the hard ground of the GGL Stadium.

He is a game changer, a try scorer and a leader, three things England are in very short supply of. There will always be issues with his availability for training sessions for Eddie Jones’ squad meet-ups, but these need to be overcome immediately. At his best, he’s Test class; with further nurturing, he could become world class.

A clash of heads

It was an innocuous and almost innocent incident – a clumsy meeting of bonces in open play. The outrage on social media has been palpable; accidental, no intent, both at fault, are phrases bandied about like confetti.

However, here’s the thing; as Porter runs towards Lee, the Clermont number eight pauses as he sees the Tiger approaching. Parra feints to pass, but due to Porter’s line he can’t – Porter at this moment, eyes firmly on ball, clashes with Lee.

The simple truth is all players have a duty of care to place safety at the top of their agenda. Porter was clumsy and dumb, but with the litigious nature of the game these days, everything must be done to avoid these incidents. All he had to do was to look where he was going and the incident could have and would have been avoided. It may seem harsh, but Amashukeli got this one spot on by the Laws of the Game.

With a lot of advantage being taken home by this week’s visitors, the week ahead is a fascinating one. In all likelihood, Leinster, La Rochelle, Racing 92 are home and hosed. It would take a miracle for them to fail for to qualify for the quarter finals.

Elsewhere, Ulster’s hosting of Toulouse is the match everyone wants to see; surely the great French side will come back from their six-point deficit? You’d have thought so, but the Kingspan Stadium is a fortress for the Northern Irish side and this is a fixture that’ll keep you on the edge of your seat to the last moment. And on the other side of Ireland, Exeter Chiefs need to do what many fail to achieve – push Munster close at Thomond Park.

You’d expect Montpellier to cruise through with their 16-point lead over Quins – but we feel that the Stoop gives their team a 10-point start and with Marcus Smith at the helm, who knows what might happen?

With all to play for in at least five of these fixtures, this is going to be an epic week for European Rugby. We can’t wait to watch it with you.