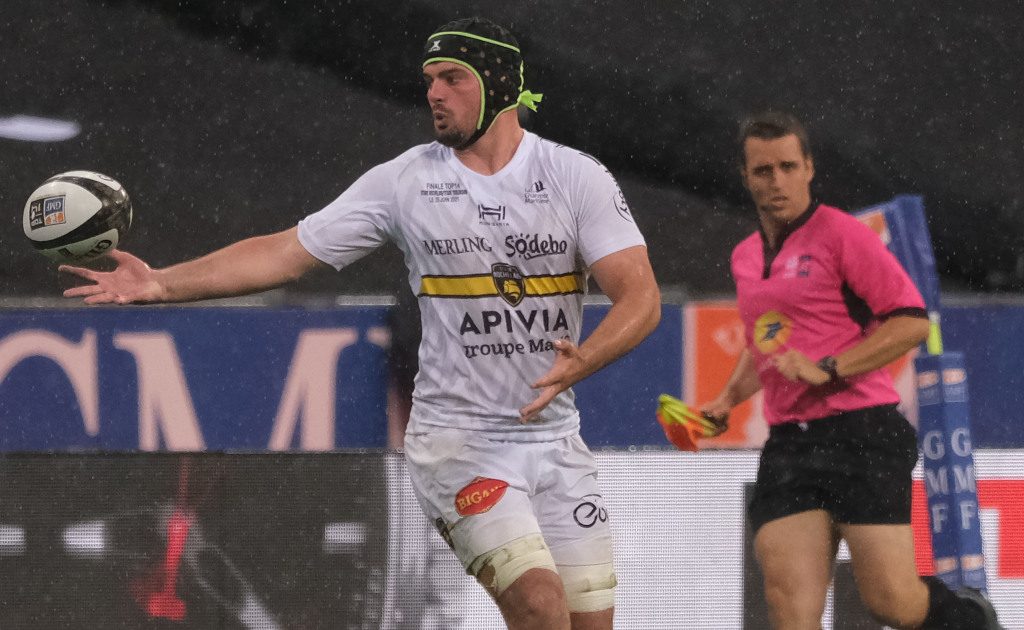 Following a 20-13 victory for La Rochelle over Racing 92 in their Champions Cup semi-final, here’s our five takeaways from the match at Stade Bollaert-Delelis.

A scrappy game played in 25 degrees of French heat saw La Rochelle overcome Racing 92 20-13 to book their place in a Champions Cup final against Leinster.

In a match that never quite lived up to its billing, the day was littered with handling and technical errors and never quite hit the heights of the expectation that it promised. Both teams will be disappointed with their goal kicking – Ihaia West and Nolann le Garrec both erring with some simple kicks that, in the context of the match, might have made a big difference to their respective scorelines.

At times, both teams were masters of their own downfall – Racing 92 committed a litany of penalty errors and at times tried to force moves that they would ordinarily finish in their sleep. Not to be outdone, La Rochelle’s lack of precision in carrying and offloading the ball their outstanding back-row won.

Nevertheless, La Rochelle are through and on balance, deservedly so. Just don’t expect Leinster to have any sleepless nights over facing them in the final in a fortnight.

In a match littered with pace and thump in the backs, it was the diesel powered Star of the Match Gregory Alldritt that did all of the hard graft to take La Rochelle home.

The French number eight is head and shoulders the best exponent of his trade in the world right now and he was absolutely relentless in every aspect of his game, whether it be scoring tries, carrying or offloaded, tackling or jackalling.

With 18 thundering carries for 129 metres, nine defenders beaten and 13 tackles to his name, his versatility is quite astonishing – just as much at home in the depth of the breakdown as he is throwing passes or offloads. His French teammate, Racing 92’s Bernard le Roux looked as if he was on a man marking mission against Alldritt and the collisions between the two warriors in the early parts of the game rocked the Lens stadium.

With Victor Vito an athletic cohort, Alldritt was the most influential player on the pitch yet again as he topped every one of the open play stats of the game. In the final analysis, this superb number eight was just about the difference between the two sides.

Racing 92 are a side littered with charisma who play with huge emotion. However, when that emotion doesn’t arrive organically, then they struggle to get on the front foot and deliver their undoubted skills.

With a flaky lineout and a scrum that struggled in the first 50 minutes, the emotional vagaries conspired with the set-piece to remove any form of platform for their backs to fire, and other than an exceptional defensive shift from Gael Fickou and his blitz, they had little to look back on with pride.

Nothing characterises them more than the brilliant duo of Finn Russell and Teddy Thomas – and today both really struggled to get into the game and to exert some control over the match. Time and time again indiscipline and lack of execution cost them dearly and the pair of yellow cards shortly after half time ripped the heart out of their effort.

Man in the middle

It will certainly buck the modern trend of criticism, but in a match characterised by transgressions and errors, the man with the whistle, England’s Matt Carley deserves particular praise. His calmness, consistency, clarity and accuracy were absolutely superb, as were his communications to the team.

Just before half time, two warnings were issued to Racing 92, one for number of open field transgressions, one for scrum illegality – as the teams went into half time, Carley stated clearly that the warnings were to be carried over and, as good as his word, he issued two cards to Cedate Gomez Sa and Camille Chat as both transgressed.

Carley may not have the chat and charisma of a few of his fellow English referees, but the laconic humour and the manner with which he controls a match and the consistency of his decisions are absolutely outstanding and yet again he delivered in a big game under pressure.

With Leinster in Marseille in a fortnight’s time, La Rochelle will need to go up a level if they’re to challenge for the 2022 Champions Cup. Sure, they have the scrum and breakdown skills to challenge but do they have a primary defence that can cope with the Irish brilliance in the back division and do they have a lineout that can cope with the five athletes Leinster have at their disposal?

The simple question is can they score enough points to succeed – and based upon Sunday’s match that question is very moot.

There’s no doubt that they can live off scraps and they have firepower, but against Leinster blowing 12 points off the tee and coughing up ball due to inaccuracy rather than pressure will cost them dearly.

Today was a close escape, but make no mistake, if La Rochelle are to succeed in two weeks’ time, a massive step up in performance is needed.