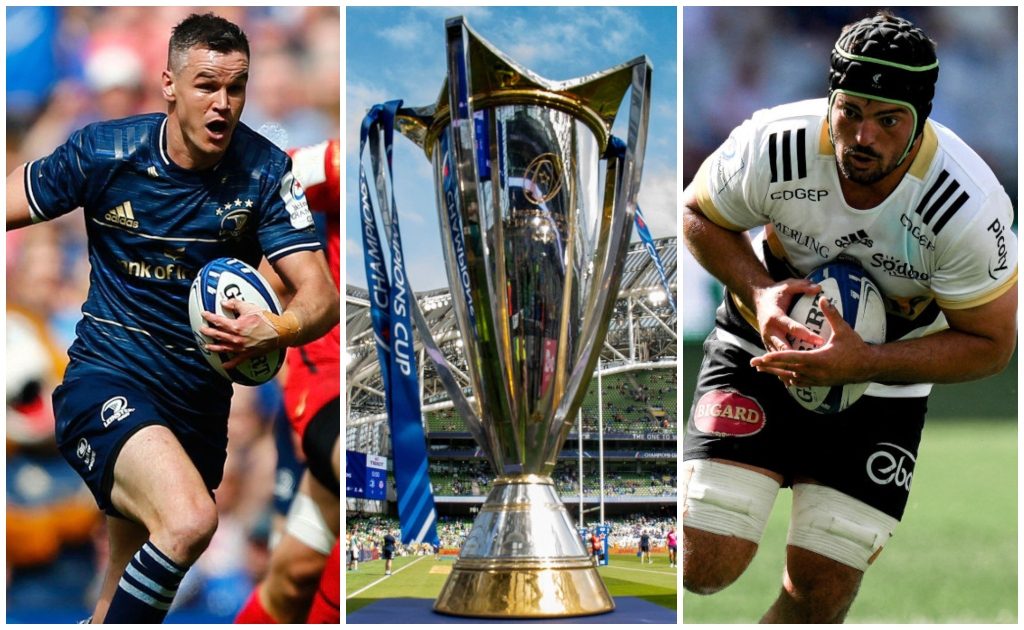 History beckons when Leinster and La Rochelle go head-to-head in the final of the Champions Cup in Marseille on Saturday.

Just a year after Toulouse claimed a record fifth European star, the Irish province will look to equal that – coincidently against the same side who succumbed to Le Rouge et Noir in the 2021 showpiece event.

Meanwhile, La Rochelle are looking to add a new name to the trophy having enjoyed an incredible rise since promotion to France’s top-tier in 2014. Following their frustrating 22-17 defeat to Ugo Mola’s men, they are one year older and undoubtedly wiser than they were when they visited Twickenham, but the big question is whether they have the quality to match the Leinster juggernaut.

For whatever reason, it hasn’t quite happened for the Dubliners over recent years. Their last title came in 2018 and since then Leo Cullen’s men have not been quite good enough to repeat that feat. They have consistently reached the knockout stages and always been in the conversation for the title, but successive losses to Saracens and a semi-final defeat to this weekend’s opponents have ended their dreams over the past three campaigns.

It does, however, seem like everything is coming together for Leinster this time around. There are not the injuries which hampered Cullen’s charges last year and they have pretty much swept all before them in 2021/22.

No one has really got near them. Disregarding the cancelled match against Montpellier, where the French outfit were handed a 28-0 victory, Connacht have come closest, succumbing to their intra-country rivals by five points in the last-16 first leg. But even then the Galway-based team were utterly blown away in the second encounter in Dublin.

Leinster have been imperious throughout this competition, to the point where they dominated England’s leading club, Leicester Tigers, and then the defending champions Toulouse in successive knockout stages.

It is a daunting proposition for La Rochelle, who effectively have to face an international side in Marseille. They have plenty of world stars themselves and will take confidence from their semi-final win last year, but a lot will have to go right for them on Saturday.

Head coach Ronan O’Gara has a fearsome pack at his disposal, with Dany Priso, Uini Atonio, Gregory Alldritt and the returning Will Skelton all outstanding operators, while the backline has a nice mix of pace, creativity and power, but will it be enough?

O’Gara’s men have plenty of talent and are easily the ‘best of the rest’ but Leinster are in a different stratosphere right now.

La Rochelle produced a stunning performance to upset the four-time winners in last year’s Champions Cup semi-final, sealing a 32-23 triumph at the Stade Marcel-Deflandre. Skelton was particularly inspired, dominating at close quarters and sending the Leinster defence constantly into reverse, and he was rewarded with a try in the second half. The Irishmen had gone into the break 13-12 ahead thanks to Tadhg Furlong’s try and two Ross Byrne penalties – four Ihaia West three-pointers providing La Rochelle’s response – before the French outfit controlled the second period. Alldritt and Skelton both went over to end the visitors’ European dream, despite Byrne’s late consolation.

“They really have a good style of rugby, they’re hard to break down, they’ve a great defence, really strong at the breakdown, so it’s not going to be by any means easy for us at all,” he said.

“I think we need to play I suppose a similar style to how we’ve played all year and that’s play to where all the space is.

“We know what they’re going to do. They’re going to be aggressive off the line, they have a really good defensive system in terms of Ronan O’Gara, what he brought to Crusaders, that kind of hard up defence.

“It will be a tough task for us to attack them because they’ll be working hard off the line. But yeah, it will make for an exciting game and one that our attack will have to be on.

“We’ve seen a lot of their tries come from turnovers – so we need to make sure we’re not giving the ball away and really solid in that department.”

Leinster obviously have plenty of threats themselves and O’Gara has been impressed by his former team-mate and Ireland fly-half rival, Johnny Sexton, who has looked reinvigorated this season.

La Rochelle claimed the spoils in their previous clash but both Sexton and Jamison Gibson-Park were unavailable for that match.

“12 months ago, Johnny probably wasn’t playing as good a rugby as he is now. So that’s a positive for Leinster. They’ll have a different ‘9’ and a different ’10’,” O’Gara said.

“But I suppose their DNA stays the same. That’s important when you’re trying to tell the French guys that they’ll be highly organised, highly efficient and fit, and highly skilled. But I suppose we have to take confidence from what happened last year and the key for us will be to try to start well.

“(Johnny’s) a great competitor and he loves rugby. People forget that. Rugby is such a great game so you play it for as long as you can. If you’re good you keep going and he’s outstaying the rest in his position comfortably.

“I think he’s made changes to his game. He’s always been a good passer of the ball but now he’s become a threat again, which he may have put on the back burner.

“That’s what a lot of great 10s do. He sees things quicker than other people and he’s able to manipulate his attackers and defenders into space because they’ve got great cohesion amongst them.”

Sexton is often the key for Leinster but Jamison Gibson-Park has hit a rich vein of form and is dictating the tempo superbly for the Irish province. The 30-year-old was outstanding during the Six Nations, cementing himself as the country’s number one scrum-half, and he has continued in that fashion towards the latter stages of this season. Gibson-Park has always been a lively presence at the base and someone that could inject tempo, which is why he was often placed on the bench as an impact player in previous years, but he’s now added real control to his game.

Gibson-Park has, however, been given a rather easy platform from his forwards, who have carried superbly and resourced the breakdown beautifully, providing their half-back with a consistent supply of quick ball. Tighthead prop Tadhg Furlong will play a big part in that and they will hope he has recovered fully from the calf injury he suffered against Toulouse in the semi-final.

Furlong is excellent charging into contact but he is also an extra playmaker on the gain line, with his dexterity at close quarters vital for both province and country. However, Leinster also need him to step up at the set-piece. The 29-year-old is a world-class scrummager but as a unit the Leinster forward eight have faltered over recent weeks, struggling against both Leicester and Toulouse. Andrew Porter, who needs a big performance, concedes that he has had issues on his side and La Rochelle will certainly target that area.

In contrast, the Frenchmen’s main area of concern is the other key aspect of the set-piece; the lineout. In Pierre Bourgarit, they have one of the most mobile and powerful hookers around, but someone that is not particularly reliable at throwing. They do have plenty of jumping options but Leinster will look to pressure them in the air. If that facet runs smoothly for O’Gara’s charges and the front five do their jobs then they will very much be in the game.

La Rochelle have one of the best back-rows around – despite the absence of Vito – and they cover pretty much every facet of the game. Wiaan Liebenberg is the absolute workhorse, while talented youngster Matthias Haddad will roam around the field, but it is Gregory Alldritt who is the focal point of the team. Alldritt can pretty much do everything, from carrying in close quarters to winning turnovers at the breakdown, and the France number eight must have a big game on Saturday.

We covered this battle on Wednesday but it is particularly crucial as Ihaia West tries to match the composure, creativity and just overall brilliance of Johnny Sexton. West is an excellent player, someone who has served La Rochelle with distinction since joining the club in 2018, but he has previously struggled under pressure. He is not nearly as reliable off the tee as Sexton and can have the odd brain fade, which may cost his side if the match is tight.

The former Blues player produced an outstanding display when these sides last met, kicking 22 points, but then proceeded to falter in the showpiece event. That has been a consistent theme for him in the big encounters and you question whether he can handle the pressure this weekend. Sexton, on the other hand, has proved himself on the biggest stage. Of course, he is human and the moment can get to anyone, but this is the position in which there is the biggest gulf in class.

La Rochelle may have claimed the win last year but, on what is effectively neutral territory, Leinster should have too much for their opponents. They have international quality throughout, are playing incredibly well and ultimately look a side destined to claim their fifth European crown. The Frenchmen have the power up front to make it a battle, but the Irish province have the experience to solve any problems that come their way. Leinster by 10.

Route to the final