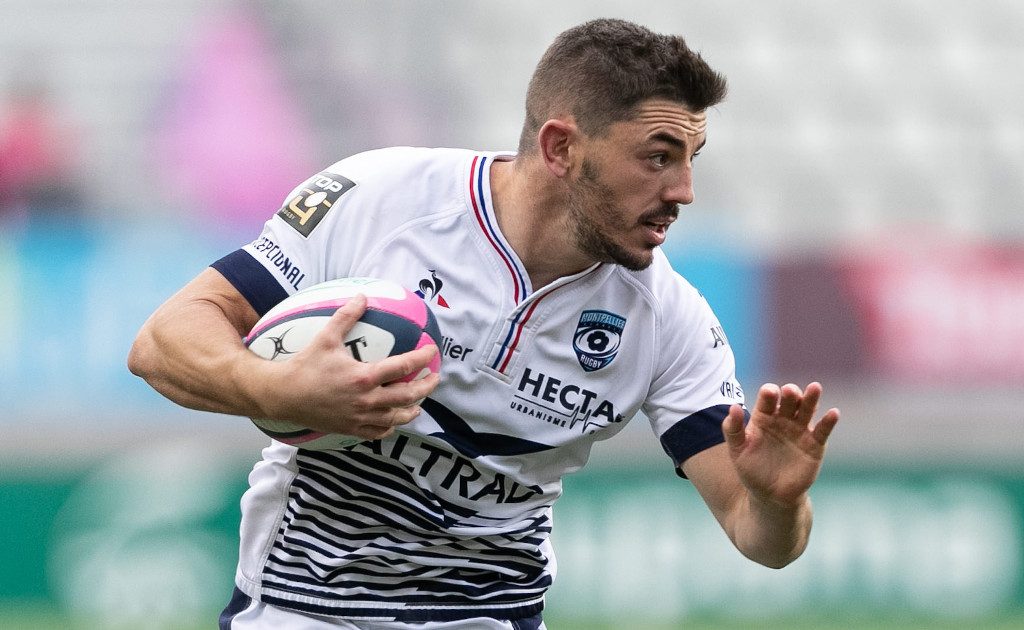 Montpellier booked their place in the last 16 of the Champions Cup after they beat Exeter Chiefs 37-26 in an entertaining clash at GGL Stadium on Sunday.

The result means Montpol will face Harlequins while the Chiefs take on Munster in the two-legged knockout stage, which takes place during April this year.

Anthony Bouthier, Paul Willemse, Jan Serfontein and Cobus Reinach scored for Montpellier as they recalled their big guns after a thumping away to Leinster.

For Exeter the clinical Sam Simmonds grabbed a hat-trick of tries and Sean O’Brien also crossed as they missed the chance of sealing a more favourable draw.

The home win also ended Glasgow’s hopes of staying in the tournament.

As mentioned, Montpellier director of rugby Phillipe Saint-Andre was able to field a near full-strength team this week and, after being rocked by a third-minute try from Sam Simmonds, the home side took firm control through their huge pack.

Sam Simmonds got the first of his three tries as he burst around the front of a close-range line-out and powered through three tacklers to score in the left corner.

It gave Exeter a great start, yet by the time the game was half-an-hour old Montpellier had responded with 24 unanswered points.

With only three of last weekend’s side in their squad, they took the lead with a try from full-back Bouthier that owed everything to his wing Gabriel Ngandebe.

He gathered a box kick on his 10 metre line and exploded through the heart of the Exeter defensive line before giving Bouthier a simple run in to the posts.

Louis Foursans added the routine conversion and then added the extras to tries from French lock Willemse, from close range, and former South Africa centre Serfontein in the left corner.

He then punished Luke Cowan-Dickie for a no-arms tackle by kicking a penalty to extend the lead to 19 points.

The Chiefs had been under the pump, but two tries in the space of four minutes got them right back into the contest.

That man Sam Simmonds powered through another three would-be tacklers to score from five metres out and then centre O’Brien picked off a floated midfield pass from home prop Enzo Forletta and raced 40 metres to the line.

Joe Simmonds converted them both and Stuart Hogg got over the line on the stroke of half-time but was adjudged to have knocked on before grounding after catching a chip ahead by Joe Simmonds.

That meant the former champions were five points down at the break, but it did not take long for them to regain the lead.

Once again it was the England and British and Irish Lions number eight Sam Simmonds who did the damage as he completed his hat-trick with another unstoppable close-range burst.

That made it seven tries for this season’s tournament and his brother’s conversion edged the Chiefs in front at 26-24.

Montpellier needed to take one point from the game to knock Glasgow out of the top eight.

Foursans regained the lead for them with a straightforward penalty in the 66th minute and then Springbok scrum-half Reinach intercepted a Sam Maunder pass 10 metres from his line and raced all the way to the other end.

That guaranteed a try bonus-point, and a seventh French team into the round of 16, and Italy international Paulo Garbisi added the conversion.