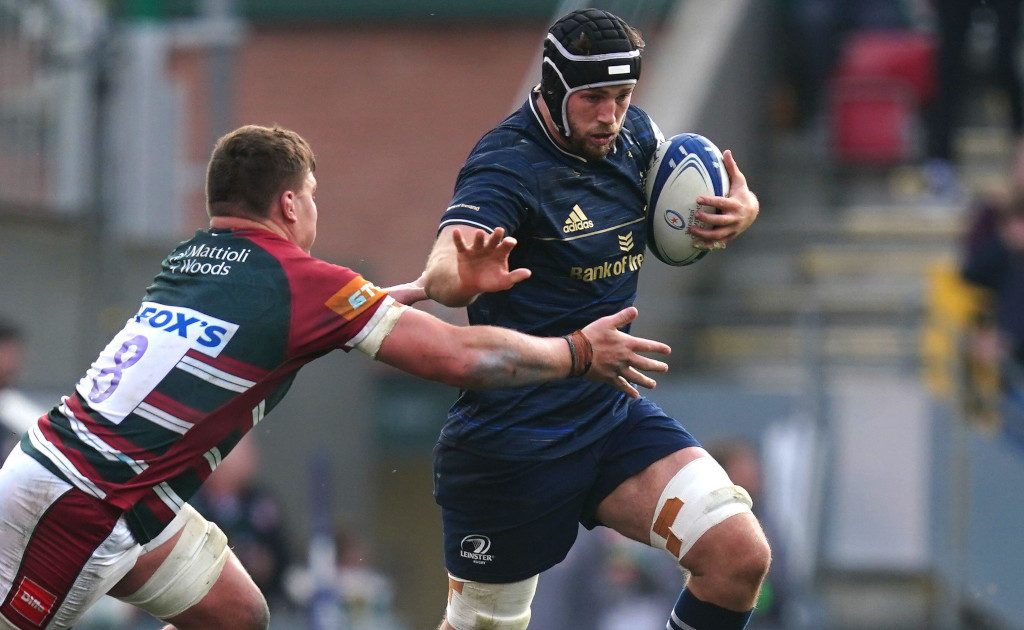 Former Ireland captain Donal Lenihan believes Toulouse will be up against it when they take on Leinster in the Champions Cup semi-final this weekend.

Defending champions Toulouse beat Munster in a place kicking competition in the quarter-finals after the scores were level after 100 minutes.

Still finding a way to win

Lenihan, speaking on Morning Ireland, said Toulouse are not firing on all cylinders but commended their ability to find a way to win, and that is a factor that Leinster must consider.

“Toulouse are struggling by their standards, however, they are still finding a way to win,” said Lenihan.

“They lost in Toulouse in the first game of the round of 16 and had a player sent off inside the first ten minutes, but they managed to fight back and narrow the gap to six points for the return game in Ulster, and won that game.

“Last weekend was incredible with 40,000 Munster supporters (at the Aviva), but Toulouse were incredible again, despite being short of their best, they just found a way to prevail at the end and that’s what they do, and it is something that Leinster will be conscious of.”

The 62-year-old believes physicality and the breakdown will be key in what is set to be a thrilling semi-final at Aviva Stadium in Dublin.

“I think it’s going to be incredibly physical,” said Lenihan. “Leinster will be tested up front, and that is where they were beaten last year in the semi-final against La Rochelle and in their defeats in ’19 and ’20 against Saracens, and Toulouse will look to take them on there.

“The breakdown will be the key. Leinster’s breakdown work in attack, the quality and the ball presentation, and the manner with which they recycled the ball so quickly.

“It puts the ball on a plate for Gibson-Park, who is playing out of his skin at the moment, and Johnny Sexton. That Leinster back-row of [Josh] van der Flier, Caelan Doris and Jack Conan have been outstanding.

“I think they will look at what Munster did on the defensive breakdown against Toulouse at the Aviva. Munster managed to secure 19 turnovers during the game.

“If that Leinster back line can get anywhere near that, then I think they can do severe damage.”

Lenihan is convinced Toulouse is missing a piece of their attack in the X-factor that former player Cheslin Kolbe provided and believes Leinster will triumph over the French giants.

“It’s not going to be easy, but I think Toulouse don’t have Cheslin Kolbe anymore, the brilliant Springbok winger, and he won games on his own for them last year. And I think that Toulouse are missing that x-factor at the moment.

“But overall I just think Leinster; too strong, too smart too experienced.

“They’ve been gearing for Europe, it is where they want to win, they haven’t won since 2018, so I’m going with Leinster.”