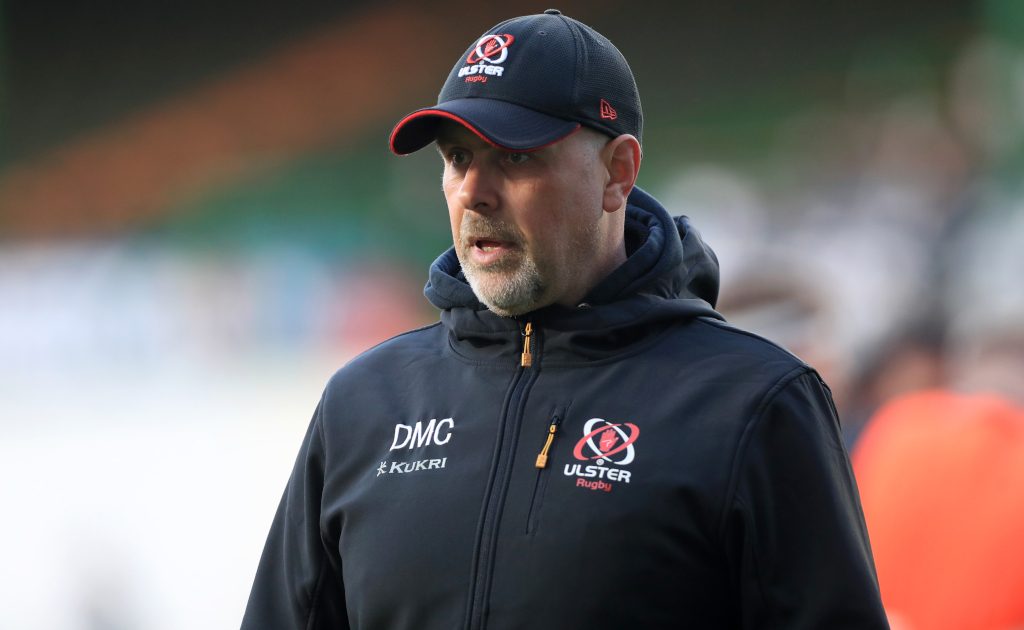 Despite being delighted after his team delivered an excellent performance in their 26-20 away victory over Toulouse in their Champions Cup round-of-16 clash, Ulster head coach Dan McFarland called on an improvement from his players for next week’s return fixture in Belfast.

Ulster were deserved winners at Stadium de Toulouse as they outscored their hosts by four tries to two with Ireland flyer Robert Baloucoune leading the way with a hat-trick.

Could have won by a bigger margin

“I think we could have taken a larger points difference,” said McFarland. “But I’m not sure anyone wouldn’t take a six-point lead from Toulouse.

“We were playing Toulouse in Toulouse. We created opportunities in that game to score tries. For chunks of that game, we were really good.”

He expects a backlash from the tournament’s defending champions, however, and said Ulster’s narrow lead could be erased “in 15 seconds” when the teams do battle again at Kingspan Stadium on Saturday.

“They are Toulouse,” he said. “They are the champions of Europe, champions of the Top 14, and they have got some of the best players in the world.

Toulouse were forced to play most of the match with 14 men after Juan Cruz Mallia was red carded for taking out Ben Moxham in the air. Moxham was taken for an HIA afterwards but did not return to action.

Meanwhile, Toulouse’s skipper, Antoine Dupont, feels his troops should be proud of their efforts after “one of our best games of the season” and said “anything is possible” as they head into next weekend’s second leg.

“We know that the points average is important and the last try was good for us,” explained Dupont.

“We knew that Ulster would be a big challenge and playing with 14 players did not make our task easier. In spite of that, we didn’t give up and we caused them problems on several occasions.

“We can be proud of what we did. This was one of our best games of the season – we tried things, we played together in the same tone and in the same direction.

“Anything is possible. We are capable of anything. It’s obvious that it’s going to be hard after losing the first game by six points. They lose very few games and we know the challenge that awaits us.”