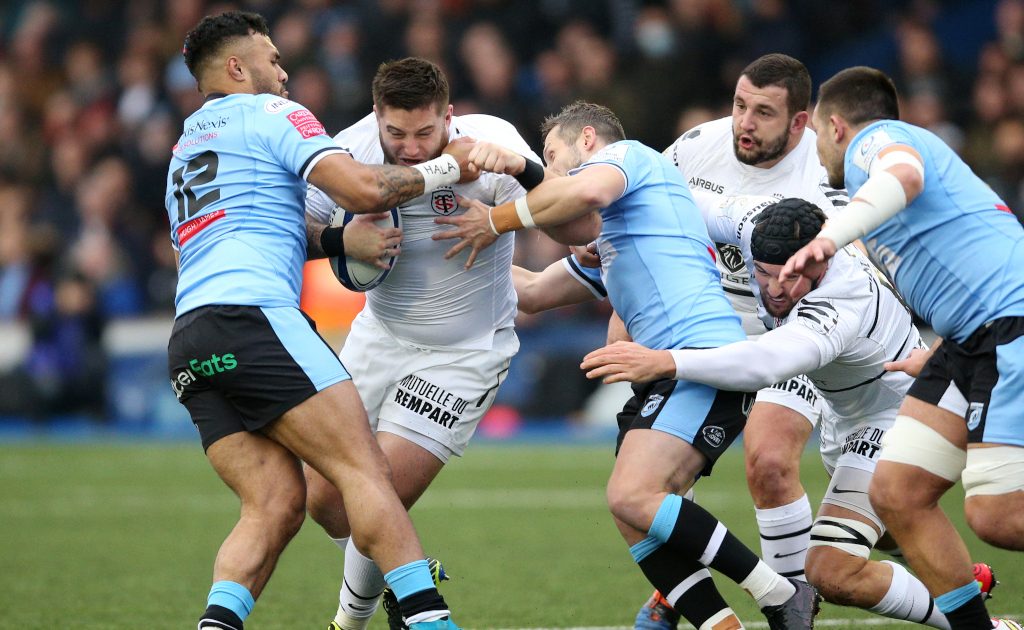 The Champions Cup game between Toulouse and Cardiff on Saturday has been cancelled due to positive Covid-19 cases, with a 28-0 win handed to the Welsh region.

European Professional Club Rugby (EPCR) announced the news on Friday shortly after the teams for Saturday and Sunday‘s other matches were released.

Cardiff were due to travel to France to fulfil the Round Four fixture, however a “significant” number of positive cases were found within the Toulouse squad.

Therefore the match has been awarded to Dai Young’s side, who now climb to eighth in the Pool B table ahead of this weekend’s remaining pool fixtures.

“Following a meeting of an independent Match Risk Assessment Committee, EPCR has been advised that the Heineken Champions Cup, Round 4 fixture between Stade Toulousain and Cardiff Rugby scheduled for tomorrow (Saturday, 22 January) at Stade Ernest Wallon cannot go ahead,” read a statement released by EPRC.

“Discussions with Stade Toulousain and the Ligue Nationale de Rugby took place before the Match Risk Assessment Committee, made up of medical doctors from EPCR’s Medical Advisory Group as well as independent medical specialists, advised EPCR of its concerns as Stade Toulousain had recorded a significant number of positive Covid-19 test results from within its tournament squad, and with the risk of further infection deemed to be too great, regrettably the decision was made to cancel the fixture.

“Cardiff Rugby have therefore been awarded the match in Pool A on a 28-0, five match points basis, in accordance with the Tournament Rules.

“EPCR would like to acknowledge the efforts by both clubs to fulfil the fixture, and would also like to emphasise that awarding the match to Cardiff Rugby is a tournament management measure with the objective of ensuring that all fixtures in the 2021/22 Heineken Champions Cup are accounted for, and not a sanction.”

The decision means that Connacht have subsequently qualified for the last 16 of the competition ahead of their final pool game on Sunday, at Stade Francais.

It is not the only Champions Cup game to be cancelled this weekend after the Leicester Tigers v Bordeaux Bègles match was called off shortly afterwards.

Bordeaux have informed EPCR that they are unable to fulfil the fixture after returning a number of positive Covid-19 results on Friday.

Leicester Tigers have been awarded a 28-0 victory and five competition points.

Speaking about the cancellation of the European fixture, Leicester Tigers head coach Steve Borthwick said: “First and foremost, we wish everyone at Bordeaux well and a swift recovery.

“We are very disappointed to be unable to share a matchday at Mattioli Woods Welford Road but the health and wellbeing must come first.

“This is another challenge for us as a group to adapt to, as we have had to at different times throughout this season, and our focus now switches to next weekend’s away trip to Sale Sharks.”