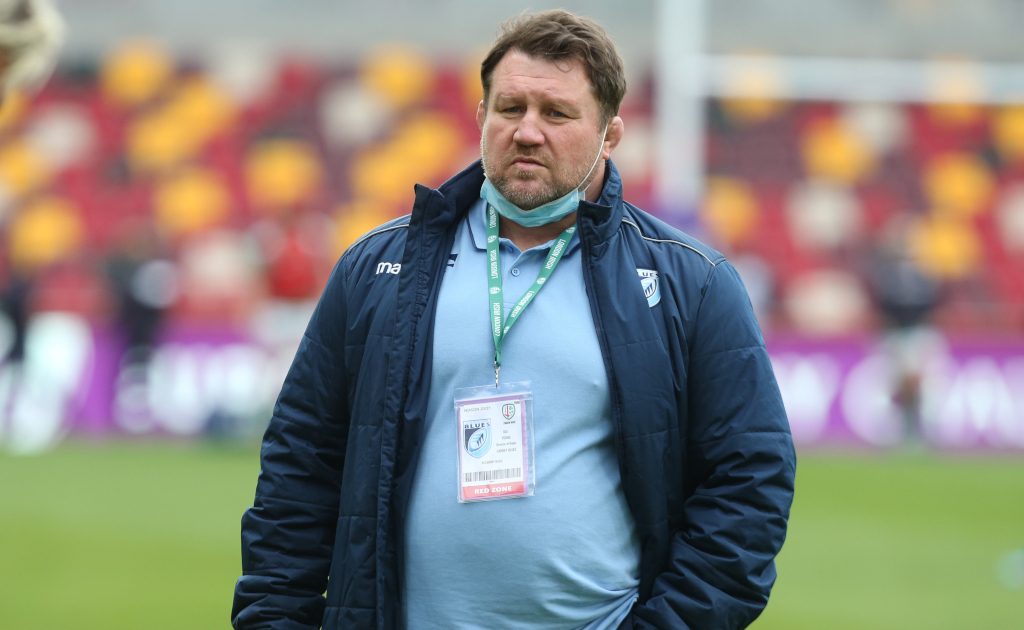 Cardiff director of rugby Dai Young has applauded Premiership champions Harlequins ahead of their Champions Cup clash at the Arms Park on Friday.

Quins will arrive in Wales in the knowledge that a third successive pool stage triumph would confirm a place in the round of 16 later this campaign.

They have never progressed beyond the quarter-finals of European rugby’s top flight club competition, but current form following on from last season’s Premiership title triumph suggests they are serious contenders.

“I know from personal experience how good Quins are,” said Young ahead of Friday’s match.

“They are a very hard team to stop. They have got too many quality players to try and highlight one or two.

“They’ve always shown the ability to beat the best at any time. I think where the frustration would have been from their end was that consistency of performance week in, week out.

“I don’t think anyone doubted that they had the quality within their squad to be pushing the best teams, and they showed on a regular basis that they were as good as anybody and they could beat anybody on the day.

“It was just the consistency that they would have to demonstrate to win the league, and that’s exactly what they did.

“They keep on playing, wear you down and get the result. They’ve done it the Quins way, playing on the front foot and trying to score tries, and I think it has been great for rugby. They are a pleasure to watch.”

Key to Quins’ success has been the sustained form of their England international fly-half Marcus Smith, and Young added: “He is a real quality player.

“He sees things that people don’t see, and he is so sharp to react to opportunities.

“But they have got talent everywhere. That eight-nine-10-12 axis is huge for them, and they have got so much gas out on the flanks.”

Welsh Government coronavirus restrictions – elite sport in the country has been behind closed doors since Boxing Day – mean no crowd for Quins’ visit.

Young said: “There would have been a fantastic atmosphere. You can’t hide the fact it is not great playing in empty stadiums.

“It is better than not playing at all, but only marginally, I think, to be honest. We haven’t had too many games when we’ve had crowds, so they can’t come quick enough.

“We understand it is all about making sure people stay healthy and safe. We get that. But when it comes to playing a game, there is no substitute to playing in front of supporters.”

British clubs set to get green light to play in France

The Champions Cup and Challenge Cup pool matches involving British clubs in France this coming weekend look poised to go ahead as planned.

France’s tourism minister Jean-Baptiste Lemoyne has announced a lifting of travel restrictions, which will take effect from Friday morning.

Travellers from the UK who are fully vaccinated will be allowed to enter France if they have evidence of a negative coronavirus test taken within 24 hours of departure, while a requirement to isolate on arrival will be scrapped.